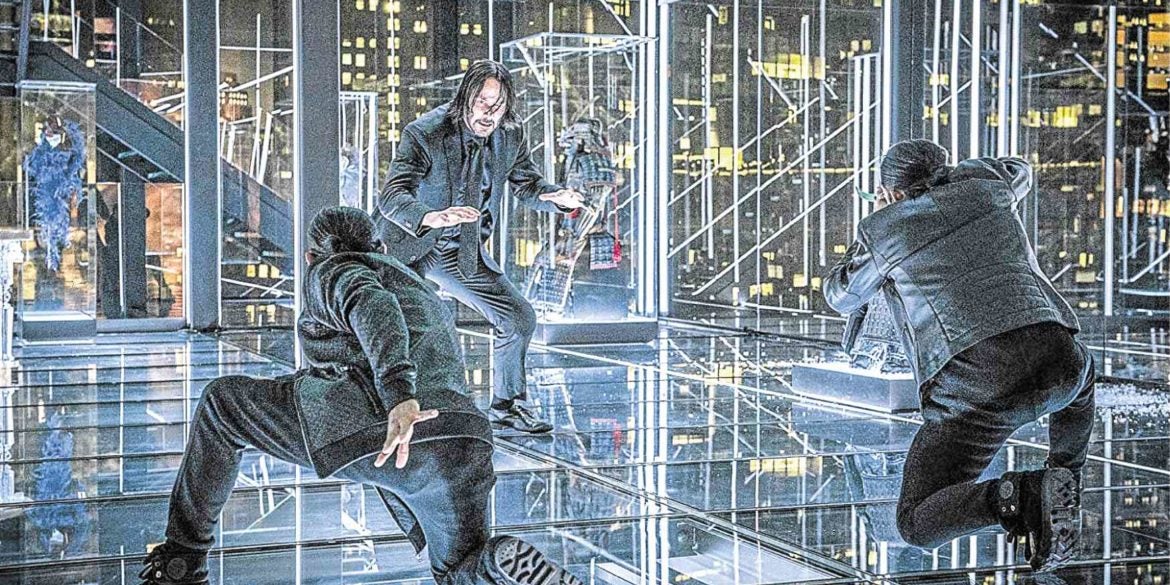 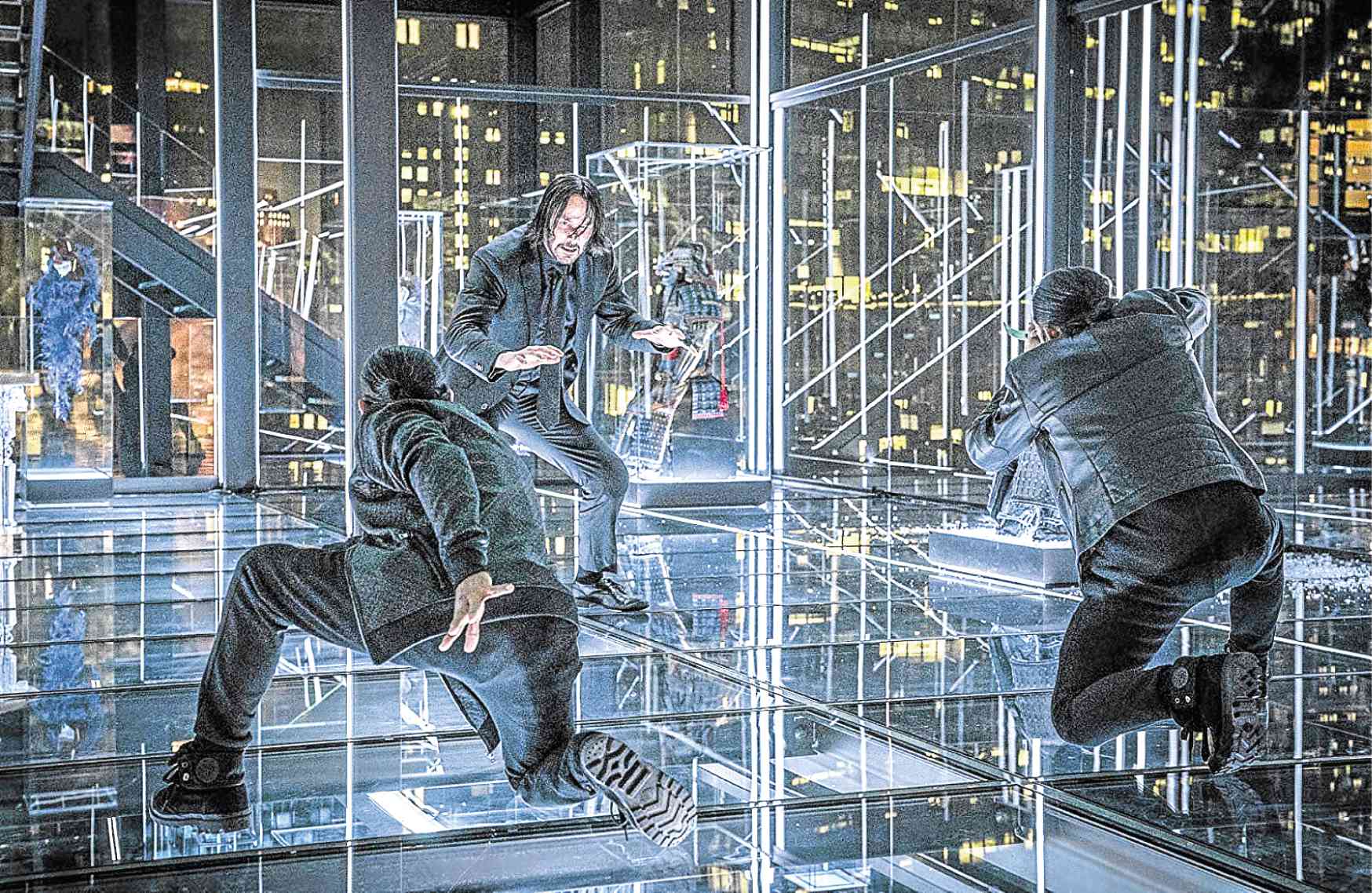 There are a lot of things to love about the “John Wick” movies (the latest, “Parabellum,” is “Chapter 3”) but definitely one of them is how compressed it all is. By the end of this third entry only about three weeks have passed since the beginning of the first one. The beginning of “Parabellum” follows immediately from the end of the previous chapter. To emphasize: during this entire movie, John Wick sports an injury from “Chapter 2.” It adds a layer of tension and urgency to the proceedings, a feeling that there is no break Wick can catch, no time for him to take a breath. That commitment is bold, and someday when it’s all over the entire thing is going to make a wonderful and exhausting binge-watch.

In “Parabellum” (Latin for “prepare for war”), Wick is on the run. Having broken one of the cardinal rules of his society of assassins, he is declared excommunicado and an open contract is put on his head to the tune of $14 million. This sets up a wonderful premise where he frantically seeks shelter, refuge, any safe space while the world’s best assassins do their best to take him down and secure the bounty. 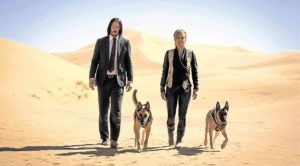 This leads to many amazing action scenes, the “John Wick” series’ main currency. Knife fights, knife-throwing, sword-fighting while on motorcycles, gun-fighting on horseback, grappling… you name it, it’s probably in here if it wasn’t in the first two movies. Another of the things to love about this series is that it was basically created and designed by stuntmen, to showcase an amazing array of feats and action that was getting forgotten in either CG convenience or unrealistic stylization. There are some unspoken rules in “John Wick” films: no slow-motion, a focus on believable and realistic hand-to-hand combat, and if Keanu can do it, he’ll do it. Something like 90 percent of all the stunts are executed by Reeves himself, after grueling months of training (stuff he doesn’t do is when Wick gets struck by, say, cars or buildings; insurance won’t let him). Even new co-star Halle Berry gets in on the fun: she did many of her own stunts as well as trained for six months with two ferocious Belgian Malinois dogs for some entertainingly brutal sequences. 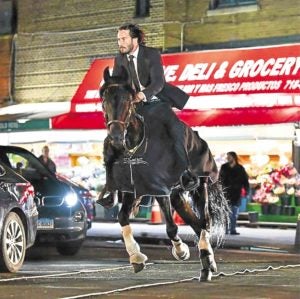 One of the finest bits is Wick realizing he’s fighting an informal fan club. Hand-to-hand combat gets more of a focus here than in the previous two, and every grunt, thud, punch and kick can be felt in the sound mix. They favor long takes to chain fight sequences, with the occasional feel of a video game going through different stages of a difficult boss fight. And of course, my personal favorite: realistic weapons handling. No other action film series gives as much screen time to people actually reloading their weapons; in this case Wick actually gets to go back to an armory when he’s all out. Because he used up all the bullets.

Director Chad Stahelsky used to be a stunt performer himself and while he’s got the action side locked down it’s great to see that the impressive world-building he began in the first two “John Wick” films continues here. The tight rules and regulations and operations of the hidden world of assassins and their superiors has always been very interesting, and doled out in organic ways, mostly through context. No clunky exposition here. 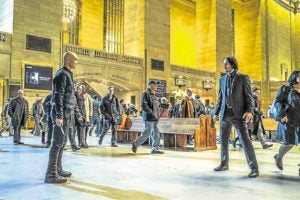 Some new faces join the supporting cast: Jason Mantzoukas is one of the Bowery King’s (Laurence Fishburne) soldiers, Anjelica Huston is revealed as the woman who practically raised Wick; Asia Kate Dillon is an Adjudicator of the High Table, meant to settle transgressions; Mark Dacascos (!) is one of the High Table’s most formidable killers; Jerome Flynn is Halle Berry’s character’s ex-boss, sporting a very un-Bronn-like accent; and Said Taghmaoui is a man of high status who may hold Wick’s salvation. They join the excellent Ian McShane and Lance Reddick (as Winston and Charon, respectively) of the Continental, the New York HQ for the league of killers.

It’s impressive how the “John Wick” creative team keeps upping the ante while simultaneously unveiling more of the world Wick inhabits. You’d think that the third entry in an action series like this might start giving diminishing returns, but thankfully, “Parabellum” proves you wrong.