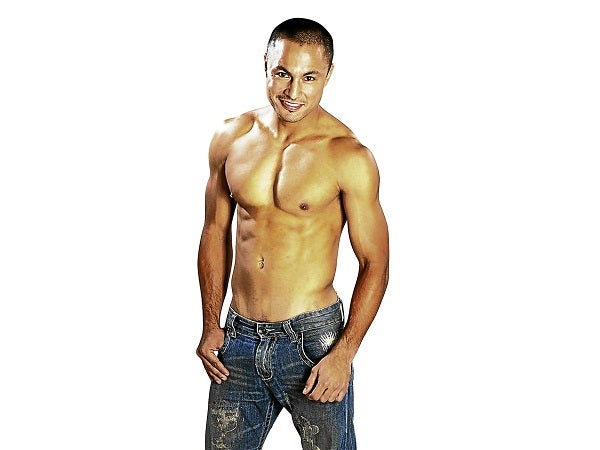 Girls (and gays) choose the hottest men in the Philippines

When I was asked to write about the top 10 hottest men in the Philippines, I was at first hesitant—not for lack of material, mind you, but because a list of this nature is always subjective. I could already hear the comments and the protests coming my way. “Him? No way!” Still, the topic was too interesting to drop.

I tried to be less subjective by involving as many people’s choices to get a popular consensus. I sent an SMS to 35 of my friends (gals and gays), of different ages, careers and social status. I was not sure if they would respond, but when they did, I knew I was in for a fun search.

Most of the ladies asked not to be named for fear of husbands’ and friends’ reactions. Of course, if pressed to tell who chose who, I would tell—just kidding, ladies, relax.

When I asked Mandy Santos who she thought was hot, she named all her gay friends, so her list doesn’t count. When I asked Carol Masibay Garcia, she answered: “Only one, Charlie Cojuangco!”

Two friends, who tried to score brownie points said, “Anton, you’re on my list.”  I answered, “Liars!” And one of them texted back, “It’s not about the looks, it’s also about the way one carries himself, how he speaks, his soul, etc.”

I guess those friends had a point. There are so many handsome and sexy men out there, especially in Hollywood, from the likes of Ryan Gosling and Jake Gyllenhaal to George Clooney, etc. But the older you get, the more you realize that looks aren’t as important; it’s the inner nature of the person that counts far more.

If you don’t believe me, just think about all the Hollywood marriages that did not work out: Ashton-Demi, Seal-Heidi, the list goes on.

One perfect example of this type of a man is Derek Ramsey who is, in fact, on the top 10 list. He, with Fernando Zobel de Ayala and Fred Uytengsu, is in the top three. I had always thought Derek to be handsome and sexy, but he would not have been on my list had I not spoken to him at length in several dinners.

I could tell you honestly that Derek is not only good-looking but a real charmer, intelligent, down-to-earth, and kind-hearted. So if there is one person who fits the bill of the hottest man for me, and for the others who picked him, as well, it’s Derek.

Enough said. Based on the responses, here is my list of the 10 hottest men in the Philippines, according to what they do:

Before you say, why isn’t so-and-so there, here’s a round-up of who made it to the list, compiled from all the text messages I received. Hey even if they did not make it to the top 10, in a land of close to 100 million, they are noticed and given their due.

Want to know who two of the hottest “it” girls in the country chose? Here are Georgina Wilson’s picks: Borgy Manotoc, Piolo Pascual, Nico Bolzico, Adrien Semblat and Raymond Gutierrez (since he is a twin, then Richard should be included, too, right, George?).

That concludes TNT this week. Watch out for next week’s top 10 hottest women in the Philippines list. I leave you with the answer of the irrepressible, vibrant, funny, not-to-be-taken-seriously-except-when-she-is-talking-about-her-family, the one and only Tessa Valdes. So the SMS conversation goes like this.

TNT: “Hi Tessa! Writing an article on the hottest men in the Philippines. Can I get your list?