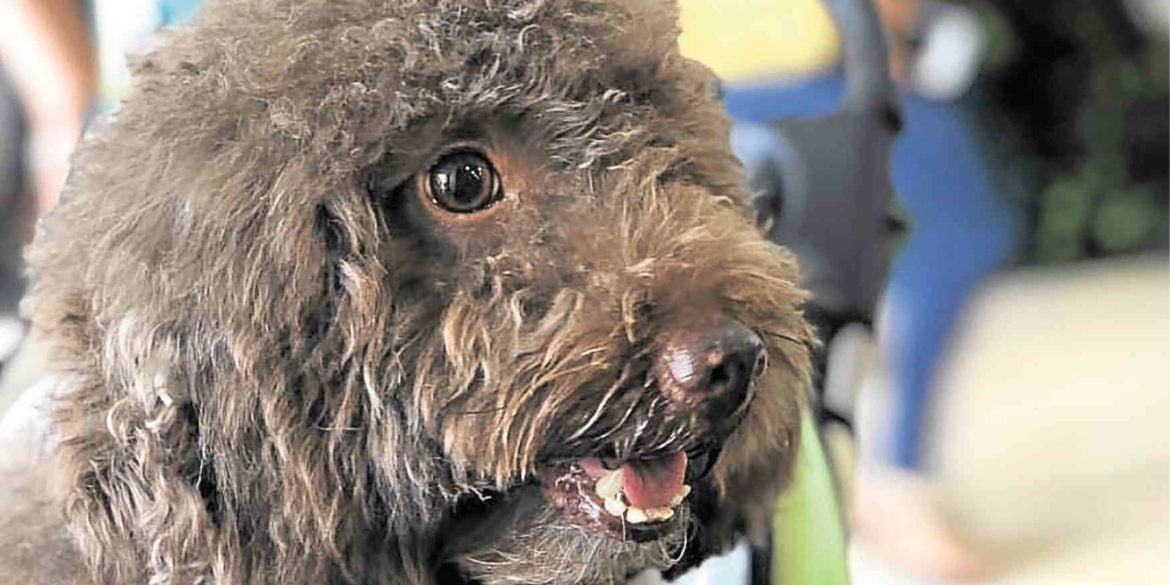 Hank is now happily adjusted to his new home in California.

Moving to America—with my dog

I was initially anxious, but the pet movers were clearly experts, both at transporting pets and dealing with neurotic pet parents like me

When the idea of moving for work was nothing but a flight of fancy, I knew without a doubt that no matter where I ended up, I would bring my pup, Hank, with me.

However, when the opportunity first presented itself—a one-year posting in Singapore—I was told that it would be easier to petition the government to bring in a relative than it was to bring in a pet. A pet from the Philippines, or any country where rabies had not been fully eradicated, would have to be quarantined for a minimum of 30 days. As much as I wanted to bring Hank with me, I knew that a 30-day stay in a kennel, no matter how clean and humane, would be torturous to him, and unnecessary.

I made the painful decision to leave him behind in Manila, knowing he would be loved and cared for by my family.

After a year in Singapore came another opportunity for a relocation, but this time to California. This would no longer be just a three-hour plane ride, and I knew for sure I wanted Hank with me and my boyfriend this time.

Thankfully, my employer’s relocation package included pets, and our moving consultant referred me to a professional door-to-door pet-moving company called WorldCare Pet Transport. They took care of everything, from securing Hank’s export papers, to booking his flight, to making sure he cleared US customs.

Also thankfully, the US didn’t have any long quarantine requirements for pets imported into the country, just a health certificate from a veterinarian, updated vaccination records, and an export permit from the Bureau of Animal Industry.

I was initially anxious about having a company handle Hank’s move, but they were clearly experts, both at transporting pets and dealing with neurotic pet parents like me. (See sidebar.)

The company assigned us a consultant named Arianna, and having her consistently refer to Hank as “your sweet boy” and “your baby” in our correspondence over e-mail and WhatsApp put me at ease. They handled everything flawlessly. The only thing I did on my end was make sure Hank was healthy and ready for a 24-hour flight and layover.

Why the long flight and not a direct one? The company has preferred airlines that it knows are great at transporting animals. In this case, they picked a KLM flight with a layover in Amsterdam, because Amsterdam’s airport has a good pet hotel where the pets can be taken out of their crates, stretch their legs, and go for walks.

Arianna sent timely updates. Before Hank boarded his first flight, she sent me an adorable postcard supposedly written by him. She tracked the status of his flights and sent me messages.

Still, those two days of transit turned me into a nervous wreck and I was able to breathe only when I got the call from Arianna’s colleague that she had picked up Hank and was on her way to deliver him to us.

Hank didn’t look traumatized when he arrived; he started whining when he saw us and demanded to be let out of the crate so he could get his welcome hug and the tearful (on my part) reunion he deserved.

It’s been a month since Hank flew 7,000+ miles to live in a new country. He’s adjusted quite well, still trying to get used to the weather—he prefers to snuggle up to a blanket now instead of seeking out a fan or an air-conditioning vent.

We’re also adjusting to the realities of pet ownership here in the US. If relocating is the wedding, then the nitty-gritty details of having a pet here is the marriage. I just bought a set of grooming scissors and a clipper because grooming here starts at $60, and I’m shopping around for pet insurance.

Because of Hank’s advanced age (he is 10 years old), monthly rates for insurance start at $90—I think at this price I could insure myself in Manila. If Hank should need medical attention and he’s uninsured, we’re looking at costs as high as $6,000.

In San Francisco, where we intend to live, you can’t walk anywhere without coming across a dog or two. And yet, a lot of the apartments don’t allow dogs, while some require a hefty pet deposit (anywhere from $300-$1,000) and/or pet rent (our landlady is charging us an extra $75 a month as pet rent).

Another apartment we were interested in requested for a “behavior test” for Hank where we had to prove on video that he was well-behaved when being fed by hand or when a stranger knocks on the door.

Despite all these, I’m incredibly, indescribably happy that Hank is with us, and I wouldn’t have it any other way. —CONTRIBUTED