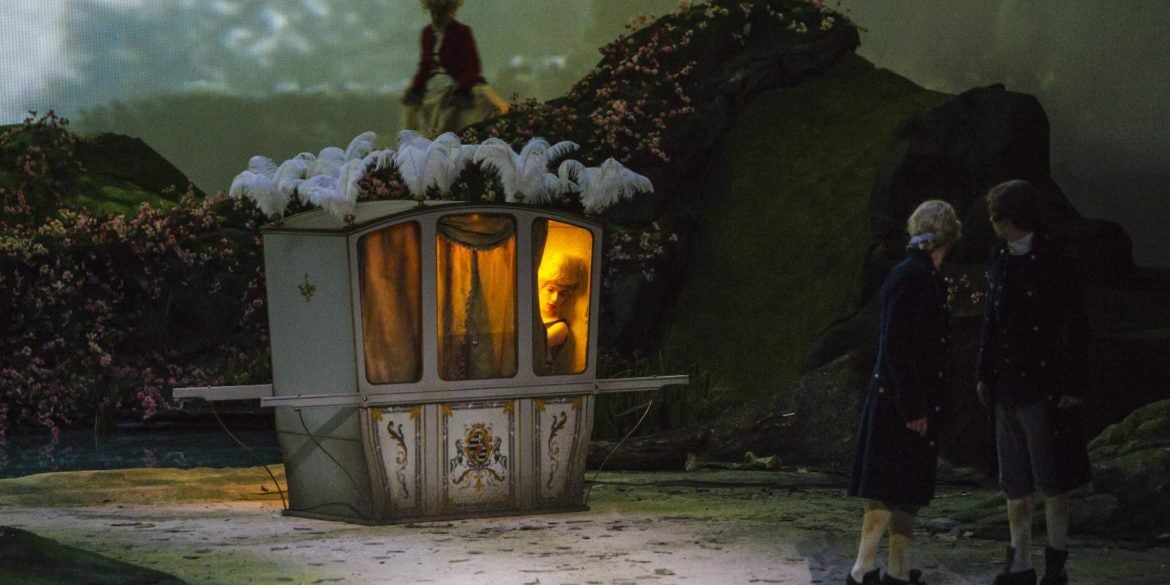 “I’m trying to create unprecedented images,” the Catalan director declared, defending his exploration of the libertine excesses of the 18th century, replete with unsettling scenes of sex that he said “find an echo” among thrill-seeking youngsters today.

Set in 1774, on the eve of the French Revolution, the film is an adaptation of a play he wrote himself.

The action takes place at night in a forest, where a group of libertine French nobles who have been expelled from Louis XVI’s court for debauchery, embark on a sexual rampage in which they unleash their wildest carnal urges.

“These are the things which are happening today among young people on every bit of waste ground,” the 44-year-old director told AFP of the French-language film, which is part of the festival’s elite official selection.

“The images can be a bit shocking, but that isn’t my aim. I want people to enjoy my film, not to be disturbed by it,” said Serra, who has seen the last four of his five films screened at Cannes.

“People come to festivals to see something different,” he added.

Ahead of the screening, festival director Thierry Fremaux had asked the audience not to leave the cinema before the end of the film, despite several lurid and disturbing scenes of buttocks badly lacerated by a whip and the torture of an amputee’s arm.

“This is not a particularly enjoyable experience,” wrote a critic in the film industry magazine Screen, referring to “gruelling graphic scenes”.

“For the actors, it was like a ‘trip’. I didn’t give them anything concrete (to go on), I just waited to see how it would play out because these are things you cannot rehearse,” he said of the shoot which took place in Portugal.

“One time we tried to do a re-take of a scene but it just didn’t work. They had to be in that special place,” he added.

Serra was just 19 when he first went to Cannes with a bunch of friends on a whim, but with no accreditation, they couldn’t get into any festival screenings and spent the time wandering the French Riviera resort.

More than a decade later, he was back and this time he did get in — with his low-budget “Quixotic/Honor de Cavelleria”, which premiered in in the Director’s Fortnight section in 2006.