‘Alembong’: The pursuit is more satisfying than the fallout | Lifestyle.INQ ❮ ❯ 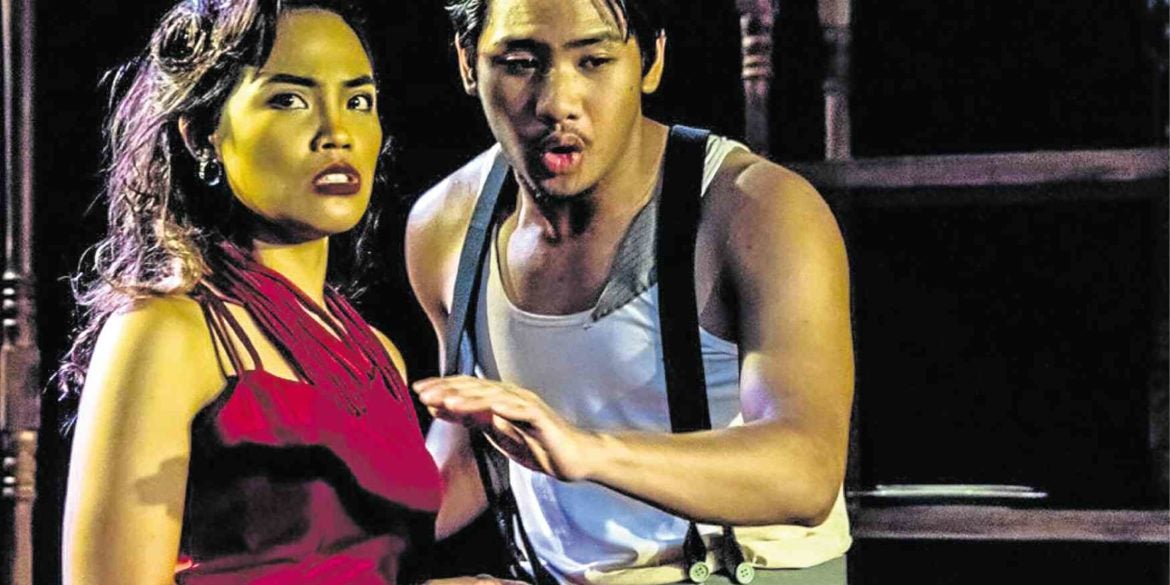 Chase Salazar and Joshua Ade Valenzona in “Alembong” —KUYA SO

‘Alembong’: The pursuit is more satisfying than the fallout

If Strindberg’s penchant for naturalism teaches us anything, it is to have kept this kitchen drama as literal as possible

Nothing was wrong with the Eljay Castro Deldoc adaptation of August Strindberg’s “Miss Julie,” a chamber piece that’s essentially about a young, rich woman flirting with a charming servant of her household.

The script kept its three characters’ impulsive recklessness tied around issues of class and gender, while fitting the threats of neighborhood gossip and civilized society into a distinctly Filipino mold.

The pursuit was ultimately more satisfying than the fallout, partially due to Ajee Garcia (playing the house cook and Jun’s fiancée Krising) being unable to match her coactors’ energy. There was an opportunity here to reveal Christine as a morally superior third voice, but the character ended up inessential.

Less essential to “Alembong” was co-directors Mara Marasigan and Ricardo Magno’s decision to make a bid for the horrific by employing five ensemble actors, dressed as ghostly brides, to perform interpretative routines in the background. If Strindberg’s penchant for naturalism teaches us anything, it’s that the directors didn’t have to do more than keep this kitchen drama as literal as possible.

Still, as a performance-based thesis, the play gave more than enough for Valenzona to work with—he wound up more effective in Jun’s quiet, defeated gestures than in the character’s large, monstrous declamations.

However, nothing Valenzona did could quite touch Salazar’s work, whose fully present turn as Julie exhibited the kind of psychological craftsmanship these roles need—seductive one moment, scared the next, smaller and smaller till the end. —CONTRIBUTED