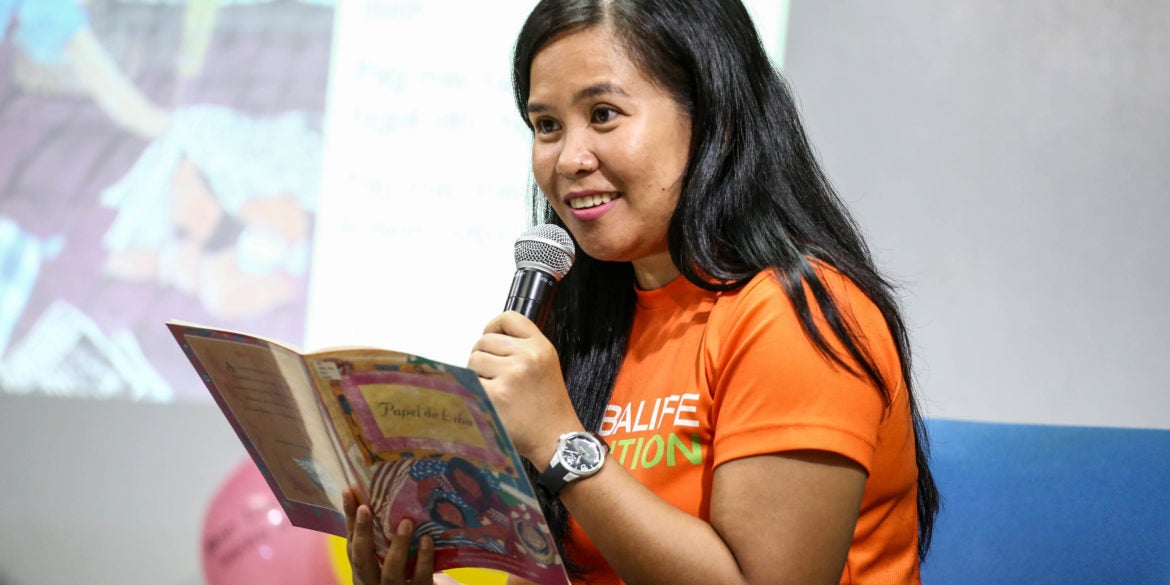 MANILA, Philippines — A first-time working mom, triathlete Laarni Anenias-Paredes has made reading Filipino stories to her 7-year-old daughter a nightly habit since she was still in her womb.

“Reading has become our bonding. Since we are both busy during the day – she goes to school and I go to work and even train after – I make it a point that I read to her before bedtime,” Paredes said.

Paredes was among the guest readers during the Inquirer Read-Along session that paid tribute to mothers on Saturday at the Philippine Daily Inquirer’s office in Makati.

The other guest readers were movie and TV actress and comedienne Ai-Ai delas Alas, who read “Bakit Matagal Ang Sundo Ko?” (Why is my Mommy Late?) written by Kristine Canon and illustrated by Mariano Ching, and longtime Inquirer Read-Along partner Ann Abacan, who read “May Bolang Kristal ba si Inay” (“Does Mama have a Crystal Ball”) written by Segundo Matias Jr. and illustrated by Dominic Agsaway.

The story, which tells of a mother whose hands had gone rough and dry from doing household chores daily, celebrates the strength of a mother.

“When I became a mother, I realized how difficult it was to do all the hard work that my mom did for my family, especially in doing all the household chores. So children should really appreciate their mothers and the sacrifices they do,” Paredes said.

Paredes is the first Filipino to race and finish the Norseman Xtreme Triathlon, one of the hardest races in the world.

Now on its 12th year, Inquirer Read-Along has been held in at least 50 cities nationwide and reached more than 20,000 children.