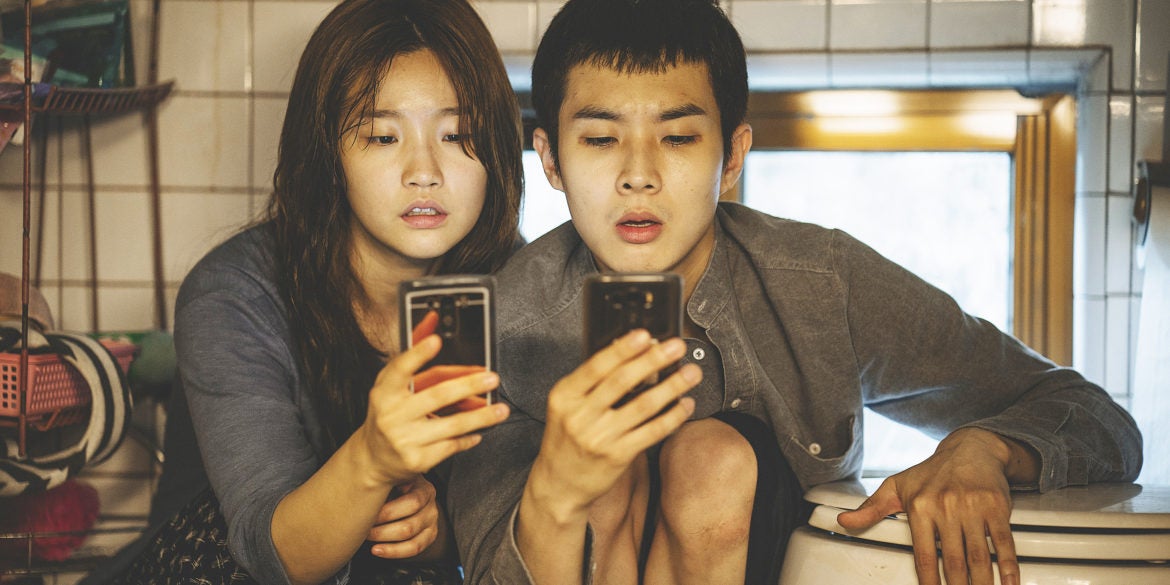 A Korean comedy about scammers bags top prize at Cannes

“Parasite”, a black comedy about a family of clever scammers from South Korea’s underclass, won the Palme d’Or top prize at Cannes on Saturday, the first time a Korean director has scooped the coveted award in the film festival’s 72-year history.

Bong Joon-ho, 49, best known for daring arthouse hits including “Okja” and “Snowpiercer”, won for a satire which critics said powerfully tapped into the tensions caused by the widening gap between rich and poor around the world.

Accepting the prize from French movie legend Catherine Deneuve, Bong said winning at Cannes had been a lifelong dream.

“I was a little boy who was crazy about cinema since I was 12 years old,” Bong said, hoisting the palm-frond statuette in the air.

“Parasite” is the second Asian film in a row to triumph at the world’s biggest film festival.

It tapped into similar themes explored by last year’s winner, “Shoplifters” by Hirokazu Kore-eda about a family of small-time crooks, which shone a light on Japan’s hidden poor.

Despite some of his strongest reviews in years, Quentin Tarantino failed to win anything for “Once Upon a Time… in Hollywood”, which brought together two of Tinseltown’s most dashing leading men, Brad Pitt and Leonardo DiCaprio, for the first time.

The first black woman to compete for Cannes’ top prize, Mati Diop, was runner-up for “Atlantics”, a chilling ghost story about Senegalese migrants dying at sea.

Antonio Banderas got the best actor award for Pedro Almodovar’s “Pain and Glory”, a loosely autobiographical picture based on the director’s colourful life.

An emotional Banderas said it was the first major prize of his 40-year career.

“I respect him, I admire him, I love him, he’s my mentor and he’s given me so much,” he said of Almodovar, who cast the actor in eight films and helped make him a global box office draw.

“This award has to be dedicated to him,” he added.

Belgium’s Dardenne brothers, two-time winners of the Palme d’Or, clinched the best director gong for “Young Ahmed” about a teenage boy who falls under the influence of an Islamist hate preacher.

Jean-Pierre Dardenne said the movie offered an ultimately optimistic vision “in these dark and difficult times with identitarian populism on the rise”.

The third-place jury prize was shared by the gritty French police drama “Les Miserables” and Brazil’s “Nighthawk”, a darkly satirical Western seen as a searing indictment of life under the country’s far-right President Jair Bolsonaro.

Best screenplay went to France’s Celine Sciamma, one of four women in competition, for “Portrait of a Woman on Fire”, a lushly subversive lesbian love story set in the 18th century.

Many critics loved Tarantino’s rollicking odyssey through the Los Angeles of 1969 in the period leading up to the Manson family murders, particularly Pitt’s performance as a hoary stuntman.

However the director — who won the Palme d’Or 25 years ago for “Pulp Fiction” — collected the Palm Dog prize Friday for Cannes’ best canine performance, joking, “At least I do not go home empty-handed”.

The Camera d’Or for best first feature film went to Guatemala’s Cesar Diaz for “Our Mothers”, a drama about those “disappeared” during the country’s brutal civil war.

The jury gave a special mention to Palestinian film-maker Elia Suleiman’s “It Must Be Heaven” about the experiences of an exile who goes on a meandering odyssey from his hometown of Nazareth to the streets of Paris and New York.

This year’s jury president, Oscar-winning Mexican director Alejandro Gonzalez Inarritu of “Birdman” and “The Revenant” fame, said they selected films among the 21 contenders that tapped into the zeitgeist of a fraught era.

“These artists are visionaries who are… expressing those worries and frustrations, those nightmares,” he said.

“Cinema now has the urgency of social consciousness expressed by people around the world.”

“Parasite” tells the story of a young man living in a squalid apartment with his family who is struggling in Seoul’s gig economy.

Without formal qualifications, he charms his way into a job with a wealthy family, tutoring their precocious daughter in English.

Soon the tutor’s parents and sister also manage to insinuate themselves into the household of the blithely privileged clan living in a luxury home high above the flood plain.

“‘Parasite’ is a tick fat with the bitter blood of class rage,” she said.

US movie website Indiewire called it a “brilliant and devastating electric shock of economic anxiety” and a “compassionate parable about how society can only be as strong as its most vulnerable people.”