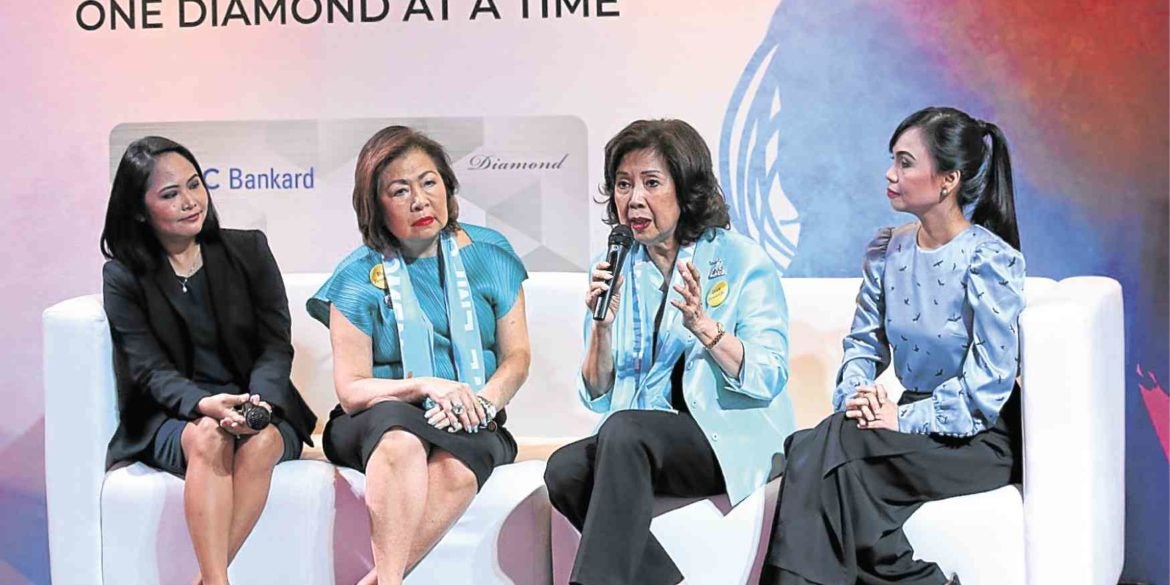 Restoring the dignity of young women is one of the projects of the musical’s sponsor, Zonta Club International

Mitchie, then 10 years old, Lisa, 8, and Dina, 6, all victims of cyber sex, were rescued from their shack by the Philippine National Police (PNP). For over a year, the girls were ordered to perform lascivious acts on themselves and to each other in front of a camera. Their sexual activities were live-streamed to thousands of paying clients worldwide.

The appalling crime was a family affair. The man behind the camera was the girls’ uncle, while the videos’ producers were their parents. Yet, they weren’t the only family that was involved in cyber sex in a barangay in Metro Manila.

The perpetuators regularly bribed city officials and the police to allow them to continue their shady business.

One day, a neighbor tipped off the PNP about the girls. After their rescue, they were brought to the Department of Social Welfare and Development (DSWD). Then they were sent to Marillac Hills, a DWSD-run rehabilitation center for female law offenders and victims of sexual abuse.

Mitchie, Lisa and Dina underwent psychological treatment to help them recover from their ordeal.

Restoring the dignity of young women is one of the projects of Zonta International, an organization of top-level professional women that aims to empower underprivileged women. Marillac Hills is a beneficiary of Zonta Makati and Environs Foundation.

To continue this work, Zonta needs financing. This year, it is raising money for its endowment fund through a Broadway show, “Beautiful: The Carole King Musical,” at the Meralco Theater. Rita Dy, former president of Zonta Club of Makati-Ayala, is organizing chair of the benefit show.

“Beautiful: The Carole King Musical” is about the early career of singer-songwriter Carole King and her first husband, fellow songwriter Gerry Goffin. It depicts her trials with her unfaithful husband, and her personal and professional triumph after her divorce.

King’s turning point was her second solo album, “Tapestry,” released February 1971, went to No. 1 in the charts for 15 weeks, and sold over 25 million copies worldwide.

The “Beautiful” musical’s theme of female emancipation is in sync with the advocacy of Zonta International.

“She’s an inspiration to what we do, empowering women,” said Dy at the press con for the musical at the Y Museum. The press con also announced the partnership between RCBC Bankard and Zonta Club for the show.

“Beautiful” is the first benefit show in which the Zonta Club tapped a corporation to be an event partner.

Zonta’s partnership with RCBC Bankard is for the long term. Its rewards program offers cardholders several options in converting points. They can either use it for a variety of perks or donate their rewards points to Zonta International.

RCBC Bankard senior vice president and business segment head Mylene Bico said the bank’s tagline, “We believe in you,” isn’t limited to enhancing the quality of life of its cardholders. “Tying up with Zonta also empowers cardholders to help make the change by giving a portion of their rewards points to noble causes.”

In the Philippines, the organization has been active in its “Zonta Says No to Violence Against Women.” It has helped victims of sexual exploitation and incest by supporting rehabilitation centers and providing free legal assistance.

The various Zonta Clubs in the Philippines have their programs that include scholarships, education programs, livelihood and skills training for the underprivileged. —CONTRIBUTED