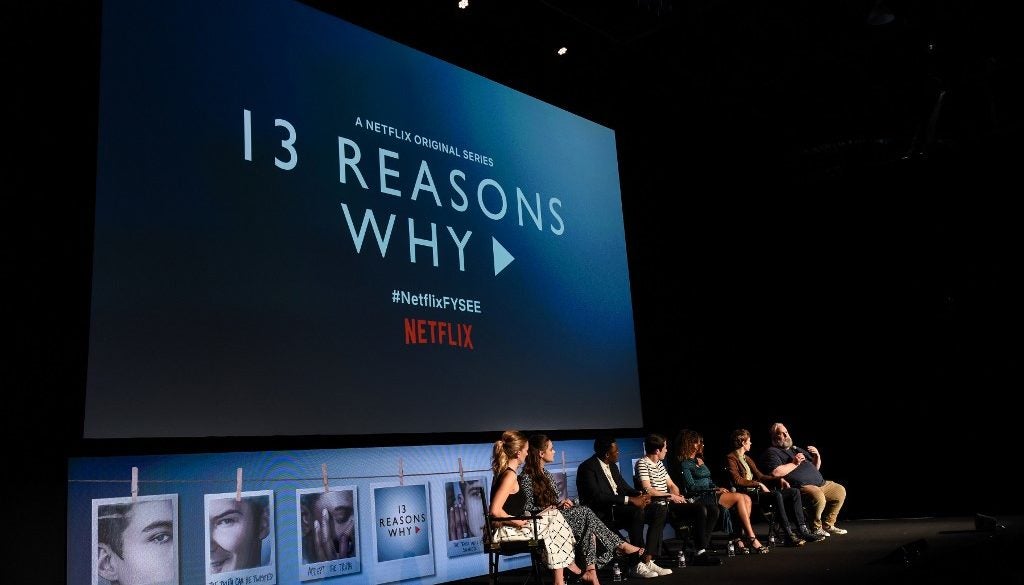 (FILES) In this file photo taken on June 1, 2018 Actors Katherine Langford, Derek Luke, Dylan Minnette, Alisha Boe, Miles Heizer and Brian Yorkey attend #NETFLIXFYSEE Event For "13 Reasons Why" Season 2 - Inside at Netflix FYSEE At Raleigh Studios in Los Angeles. - A study into the impact of the controversial Netflix drama "13 Reasons Why" has found there was a spike in suicides among US teenagers in the months following its release. (Photo by Presley Ann / GETTY IMAGES NORTH AMERICA / AFP)

’13 Reasons Why’ linked to uptick in US adolescent suicides – study

WASHINGTON, United States – A new study about “13 Reasons Why,” which follows the story of a high school girl who takes her own life, found that suicides among US youths rose significantly in the months following the popular Netflix show’s release.

The paper, which was published in JAMA Psychiatry on Wednesday, estimated a 13 percent spike in suicides among 10 to 19-year-olds between April and June of 2017, with a higher proportion among females.

The study was conducted by a team led by Thomas Niederkrotenthaler of the Medical University of Vienna’s Center for Public Health and used suicide data from the US Centers for Disease Control (CDC).

“The associations identified here must be interpreted with a substantial degree of caution, but they do appear to demonstrate an increase in suicides that is consistent with potential contagion by media,” they wrote.

The team looked at suicides from 1999 to 2017 to establish a model that controlled for variables such as seasonal variations like known spring peaks in adolescent suicides.

Since Netflix does not publicly share its viewership data, the researchers established a proxy to estimate its popularity via the buzz the show generated on social media platforms Twitter and Instagram, which is especially popular among US youths.

The show was released on March 31, 2017, and generated some 11 million tweets within the first three weeks alone, before tailing off.

“Because of the absence of social media attention after June 2017, we defined the exposure window as April to June,” the researchers wrote.

The estimated 13.3 percent increase in deaths corresponds to 94 more suicides for the age category than would otherwise be expected over the time period.

The proportion was higher among girls, which the authors attributed to the show’s focus on the suicide of 17-year-old student Hannah Baker.

No similar increase in suicide was seen among the other age groups.

The authors cautioned that the research’s reliance on so-called “ecological data” — that is to say, estimates based on proxy measures —  was a limitation, noting “it was not possible to ascertain whether the excess suicide decedents had actually watched ’13 Reasons Why.'”

A study published in the Journal of the American Academy of Child and Adolescent Psychiatry earlier this month estimated an additional 195 suicide deaths — an increase of nearly 29 percent — among 10 to 17 year-olds in the nine months after the show’s release. /cbb