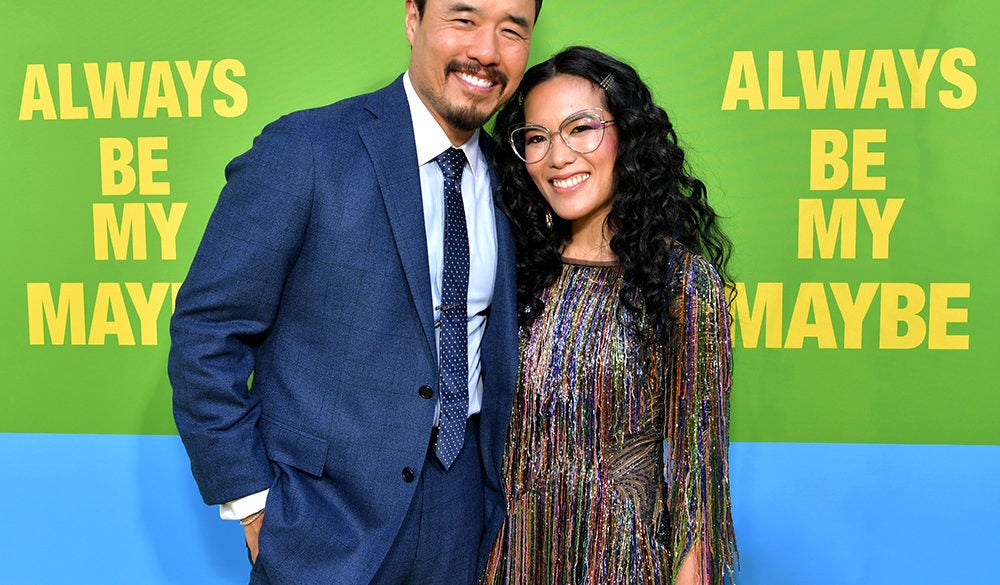 WESTWOOD, CALIFORNIA - MAY 22: Randall Park and Ali Wong attend the world premiere of Netflix's 'Always Be My Maybe' at Regency Village Theatre on May 22, 2019 in Westwood, California. (Photo by Emma McIntyre/Getty Images for Netflix)

Ali Wong has a question for Filipinos

“Am I popular in the Philippines? Do you think I would sell tickets there?” Ali Wong asked in the middle of our interview about “Always Be My Maybe,” the rom-com she wrote, produced and is starring in with Randall Park (The “Interview,” “Veep,” “Fresh Off The Boat”).

“Oh my god, yes,” we said, getting excited at the thought of Ali coming to the Philippines for a show.

The stand-up comic grabbed the world’s attention in 2016 with “Baby Cobra,” her first Netflix comedy special which she filmed while she was seven months pregnant. “Hard Knock Wife” followed in 2018.

2019 is turning out to be a huge year for Ali, with her Milk & Money Tour, her Netflix animated series “Tuca and Bertie” with Tiffany Haddish, her upcoming book “Dear Girls” and “Always Be My Maybe,” which just started streaming on Netflix.

“She’s a boss,” said co-star Michelle Buteau, who first met Ali on the standup circuit 15 years ago. “I already knew that Ali was awesome and funny and a hard worker, but to see her balance motherhood, being a wife and being a producer… And then she was also finishing the book and doing the cartoon series… I’m just like, what? And then she also had time for everybody else on set to check in and see how everybody was doing. She is amazing.”

Ali is married to entrepreneur Justin Hakuta. She said in “Baby Cobra,” “I think my husband and I have a huge unspoken understanding between each other because he’s half-Filipino and half-Japanese and I’m half-Chinese and half-Vietnamese. We’re both half-fancy Asian and half-jungle Asian.”

We told Ali that she’s practically an honorary Filipino because of her husband’s heritage and she laughed, saying, “Oh yeah, I know. Crispy pata. (I get) so many questions about what kind of food he likes. Masarap naman, is that how you say delicious?”

Ali, with her bold brand of comedy, is a queen of expression. We see it in this rom-com, which she and Randall had been dreaming of working on, we see it in her writing (she worked on three seasons of “Fresh Off The Boat”), we see it in her stand-up, which, hopefully, will bring her to our part of the world soon.

Read more about Ali, Randall and “Always Be My Maybe” in the June 2 issue of Inquirer Super.