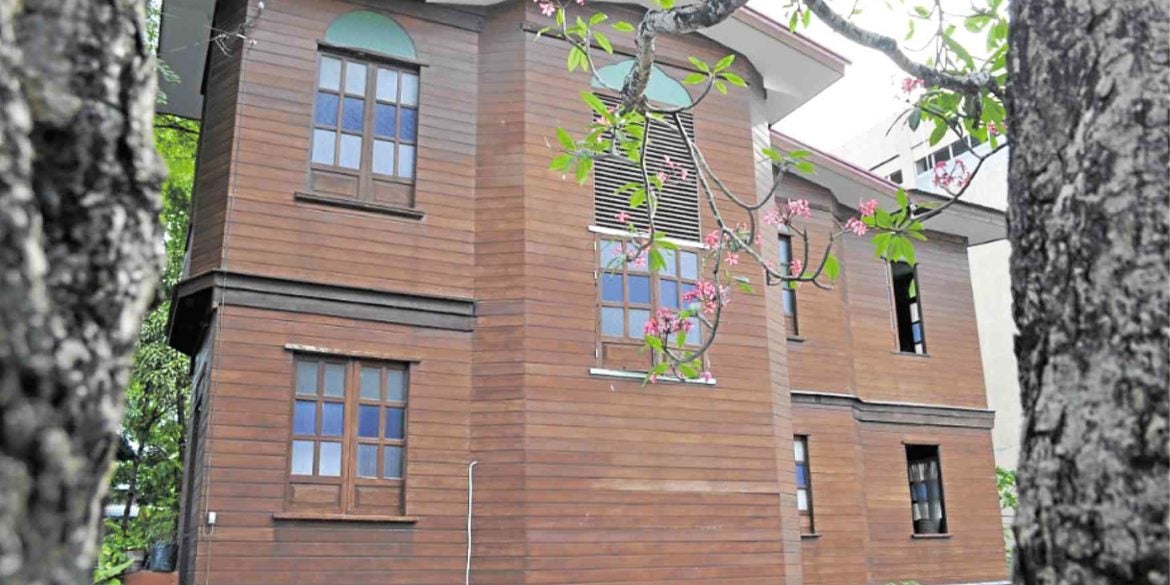 Located at one of the street corners in Tagbilaran downtown is a newly inaugurated Bohol cultural hub—the 70-year-old post war heritage house which was previously the elementary training department building of the Society of the Divine Word-run Holy Name University (HNU).

Called Balay Kabilin after the Cebuano words for “house” and “heritage,” the wooden structure located at the junction of Miguel Parras and F. Rocha streets sits in a once-sprawling property and was constructed from 1948 to 1950 by the Arias family, that sold it to the then Holy Name College in 1964.

Historian Marianito Luspo, director of HNU’s cultural affairs and development office, said the edifice, made of “kahoy sa bukid” or from hastily cut lumber, became the university’s Elementary Training Department in the 1960s. It deteriorated in the 1970s and was eventually abandoned in 1996.

It was restored in 2017 through the prodding of an American educator Dr. James Solomon who rented out the building for less than a year as a school for the differently abled Bolanons, added Luspo.

Then it briefly became the Bohol Institute of Living Tradition last year, until the latter moved to the Holy Spirit School of Tagbilaran.

The cultural center now houses an exhibition hall at the ground floor which is also used for presentations of the province’s intangible heritage such as the “daygon pastores” and “ige-ige,” which are both folk traditions, and interaction with artists while the second level was converted into the Center for Boholano Studies.

Part of the center’s collections are documents pertaining to genealogies, personal reminiscences, old intricate crochets dating back to the 1950s and old photographs which used to be part of the city’s old photographic museum.

Luspo explained the house would serve as the keeper of the memories of Bohol. It will be a green spot amid the built environment of the city, he added.

Luspo said the garden would eventually be landscaped to look like a 1950s lawn with plants commonly used in that era.

The center is housing the intangible cultural properties such as the province’s customs and traditions. Not to do so “will be untrue of who we are,” he explained.

This year marked the first time the barangay units used data culled from the cultural mapping activity conducted in 2017 in their performances, such as the historical periods from precolonial times to present, deviating from the usual Sinulog-inspired festivities sweeping the country today.

The city also unveiled in late February the Captain Francisco Salazar Monument in Ubujan. Salazar was the local World War II hero who fought and was martyred during the Battle of Ubujan in 1942. —CONTRIBUTED