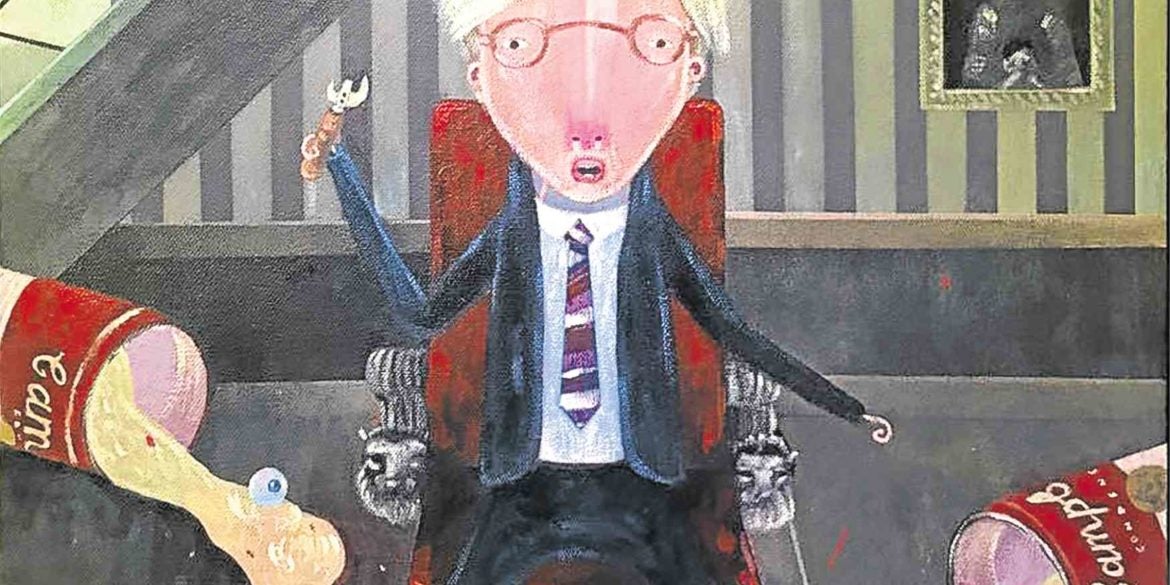 “Not Easy Open Can” by Farley del Rosario

Running at the Space Encounters Gallery in Pasig is “The Warhol Show,” a tribute to the American father of pop art through an interactive exhibit by three emergent contemporary artists—“Blic,” “Mr. S” and  Farley del Rosario

Blic reinterprets the iconic Campbell Soup Cans and Marilyn Monroe images of Warhol with his own signature of “humands.” Mr. S, meanwhile, uses Warhol’s quotes as the central subject of his series.

Del Rosario derives inspiration from pop culture and vintage elements, and combines them with Warholian aesthetics.

Del Rosario is known for his naïf characters that are cartoonish, almost alien, but reeking of realism and even commonplaceness. In the past, he has employed his style in reinventing on canvas Philippine folklore or making social commentary on contemporary romance and other issues.

It is obvious his style emerged from the sense of liberty unleashed by Warhol’s appropriation of popular-culture icons and symbols, but Del Rosario’s tribute to the American master is more nuanced and more interrogatory. Del Rosario makes of his art an inquiry into the crass materialism of American capitalism and by extension, of the United States art market itself. Del Rosario makes a commentary on the globalizing tendencies of American pop culture and how countries like the Philippines should consider the influences in a critical vein.

Also on display are Paco Pili’s upcycled furniture pieces from vintage and discarded items. Space Encounters lead designer Wilimer Lopez collaborated with Pili to come up with functional pieces made of old airplane parts. The result is a collection called “Fear of Flying.”—CONTRIBUTED