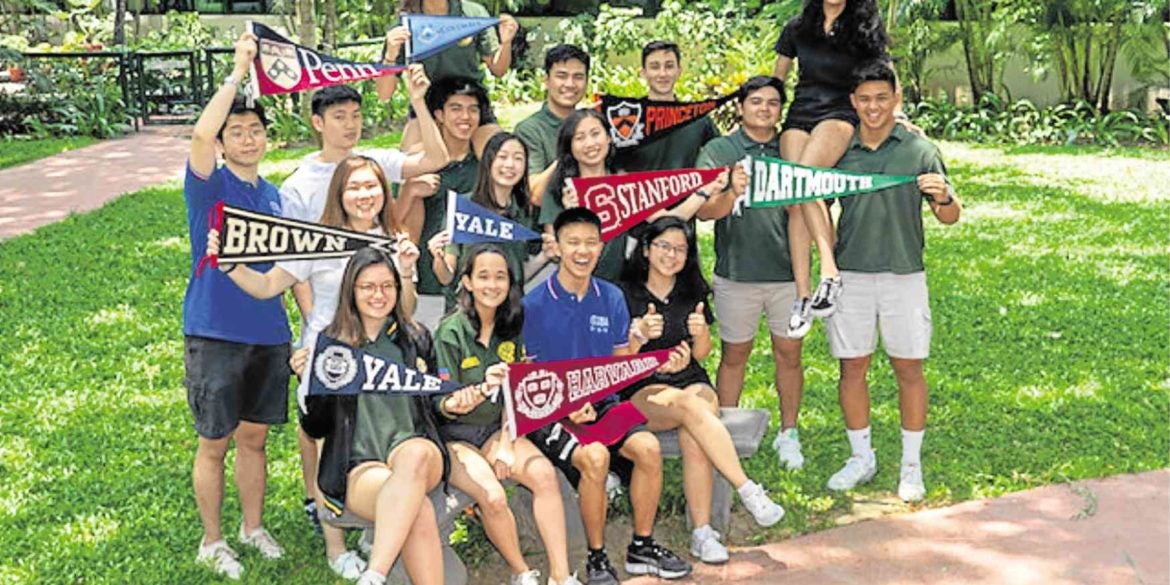 Sixteen members of ISM Class of 2019 get accepted to some of the world’s top universities.

International School Manila (ISM) has announced that 16 members of its 2019 graduating class have been accepted into the world’s top universities, including seven of the eight Ivy League schools: Brown University, Columbia University, Dartmouth College, Harvard College, Princeton University, the University of Pennsylvania and Yale University.

The 16 students represent a milestone, a record number among ISM’s accepted college applicants.

Admission into these prestigious universities has become more difficult.

Harvard continues to be exceptionally selective, with a 4.5 percent success rate for applicants. Only 1,950 students were accepted out of 43,330 applicants.

Stanford—one of the most competitive universities also on the list—had the lowest acceptance rate of 4.29 percent in 2018.