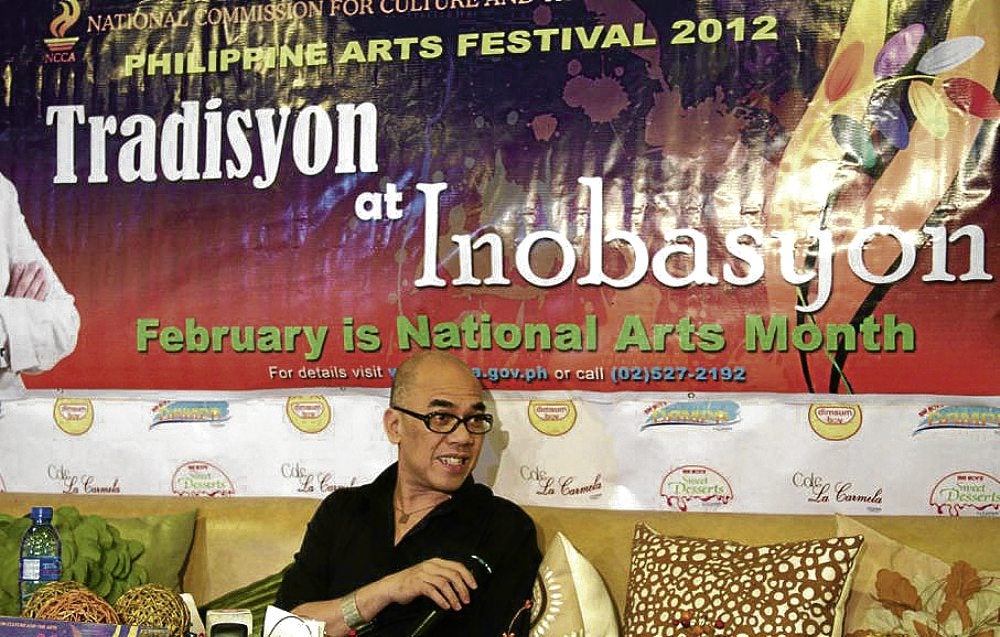 Arts envoy Boy Abunda: ‘Tradition and innovation in arts and culture not enemies’

The 2012 Philippine Arts Festival (PAF) has for its theme “Tradisyon at Inobasyon.” The National Commission for Culture and the Arts, which organizes the festival, says it seeks to foster tradition while encouraging innovation.

PAF is held every February as part of the National Arts Month.

In a press conference  at Sir Boy’s Food Republique on Feb. 3, television personality and NCCA art ambassador Boy Abunda said  tradition and innovation were two things that could blend together.

“Tradition and innovation are not enemies,” he said. “Personally, [I believe that] culture is not stagnant. It evolves because it is a way of life.”

Abunda added that one couldn’t innovate if one didn’t know one’s tradition. He stressed the importance of recognizing one’s roots.

“It’s important to know where we came from for us to be able to appreciate where we are right now,” he said.

Abunda noted that PAF was getting bigger with regions from all over the country getting into the act.

This year, PAF features different activities such as exhibits, theater plays and workshops, among others from the seven committees of NCCA’s Subcommision on the Arts.

The activities of PAF will take place in different parts of the country. Also, a gong-and-bamboo music festival will be launched during the Arts Month.

The seven committees of NCCA’s Subcommission on the Arts are architecture, cinema, dance, literature, music, theater and visual arts.

PAF 2012 was officially opened on Jan. 29 at  Luneta Park with a grand  display of arts, parade, workshops.