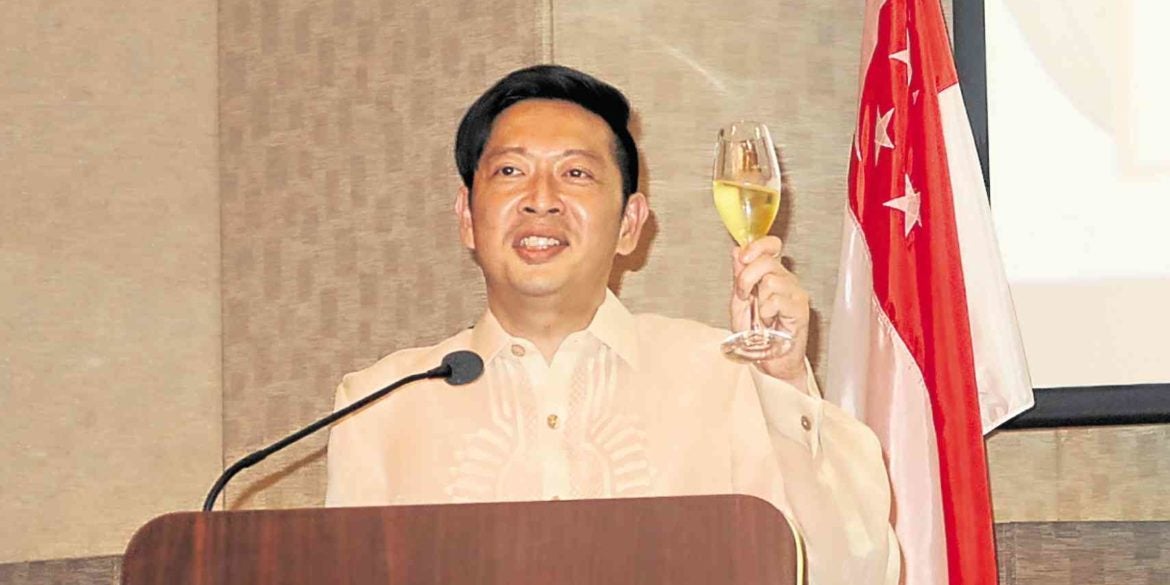 Formally opening the event were Singapore Ambassador to the Philippines Gerard Ho, and the guest of honor, Foreign Affairs Undersecretary Ernesto Abella. In attendance were government officials, the diplomatic and consular corps, media and the business community.

At the reception, guests were treated to cuisine from across the major ethnic groups in Singapore. They viewed precious photos depicting the last 50 years of Singaporean-Philippine bilateral relations. The event also marked the yearlong commemorative activities organized by the embassy.

In his speech, Ambassador Ho highlighted the longstanding relations between the two countries, even before their respective officials formally established ties on May 16, 1969.

In the late 19th century, Singapore was the first port of call for Philippine national hero Dr. Jose Rizal when he left the Philippines for the first time. He visited four more times. The detailed records of his observations became important historical artifacts of 19th-century Singapore.

For the past five decades, the relationship has thrived. The excellent ties are best seen in successful collaborations, such as the Wildlife Loan Agreement between the Wildlife Reserves Singapore and the Department of Environment and Natural Resources, the refurbishment of the Alkaff Bridge, designed by Pacita Abad and an enduring symbol of the friendship between the two nations, and the joint initiatives of the Singapore Tourism board with Run Rabbit Run and Philippine Airlines.

Ambassador Ho unveiled the official logo and joint commemorative stamp for the 50th anniversary celebration. The official logo was the result of a monthlong design contest organized jointly by the Singapore Embassy in Manila and the Philippine Embassy in Singapore in 2018. The winning entry, designed by freelance graphic designer Renante Tatel Corporal, features a stylized Griffin, a creature that symbolizes strength, courage and intelligence, whose half-lion and half-eagle physique is an amalgam of the countries’ two national animals—the Asiatic lion and the Philippine eagle.