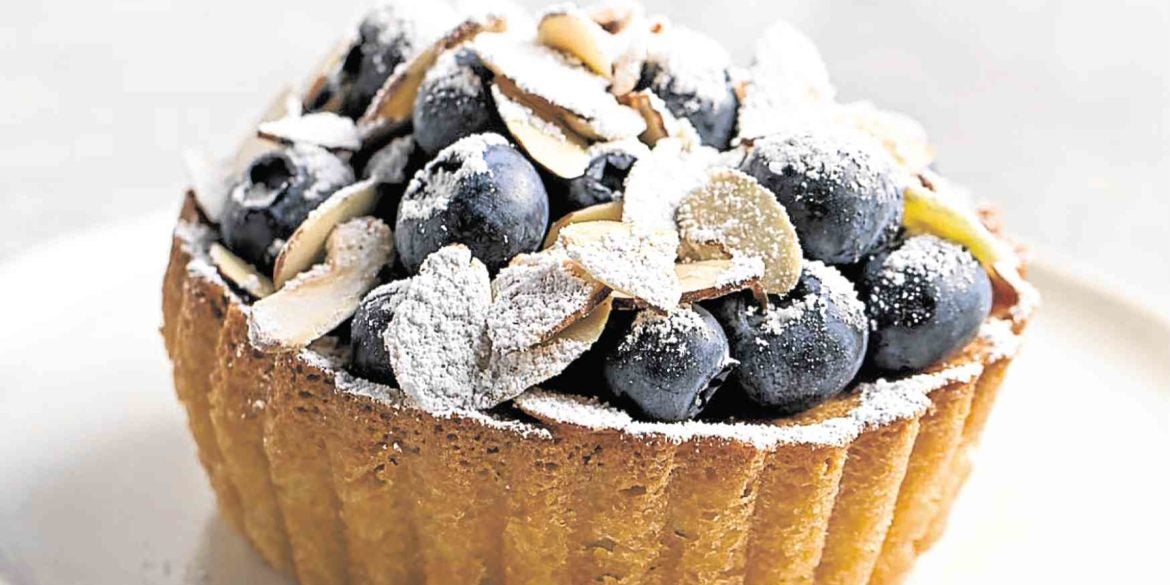 Baker has a new recipe book

Margarita Manzke, a five-time James Beard Award nominee, has always had a thing for breads and pastries. “It’s hard to beat a fresh baguette with French butter and jam,” she says. “Simple things done well—it fills the soul when you eat it.”

Yet, such love didn’t lead her initially to a career in baking. She became a pastry chef out of necessity.

In her cookbook, “Baking at République,” Margarita reveals how she had to bake bread for their home to make up for the absence of good ones in Carmel, California, where she and husband Walter moved to open Bouché, Cantinetta Luca and l’Auberge Carmel.

She moved into it effortlessly. “It wasn’t too hard for me to make the transition. I went to a culinary school with a great pastry program, and after a few short stints with amazing pastry chefs, I already loved it.”

Her restaurants, République in Los Angeles, and Wildflour Café + Bakery in Manila, became a showcase of her delectable creations.

Many of these are in her recipe book, including the Berry Pavlova, which is different from the classic. The rolled meringue was inspired by a pastry shop in Venice, California, where she helped out as a cashier.

In the book are baked goods such as Cardamom Sticky Buns and S’mores Bomboloni that use their master recipe for brioche dough, kouign amann and croissant, muffins and scones, cookies and bars, custards and puddings, as well as a wide variety of cakes such as Lemon-Poppy Seed Loaf and Orange Blossom Madeleines.

The book has everything covered, including Filipino fare like halo-halo, which she considers the most personal and special items of the lot.

“Living in the US, (we find that) certain treats are not as easy to come by as they are in the Philippines. When I make food for the gods (walnut-date bars), or bibingka, I’m reminded of my childhood, and the taste takes me back home.”

“I was a line cook for the longest time and had just ventured into pastry when I first learned to make this cake,” writes Manzke.

“When I decided to make it at République, I put fresh fruit in it. It’s like a financier, but even more tender, very soft, and the brown butter comes through.”

Preheat the oven to 350 degrees Fahrenheit. Coat 14 (3-in) fluted molds or two standard muffin pans with cooking spray, making sure they’re evenly and thoroughly coated to prevent the cakes from sticking when unmolding.

Melt the butter in a saucepan over medium heat. Simmer until the solids start to settle and the butter becomes clear.

Continue to cook until it smells nutty and the color of the butter starts to turn hazelnut brown, whisking frequently and watching that it doesn’t burn.

Strain the melted butter into a bowl through a fine-mesh sieve or cheesecloth and discard the solids. Keep the brown butter warm.

Sift the all-purpose flour, almond flour, and confectioners’ sugar into a large bowl and set aside.

Put the egg whites in the bowl of a stand mixer fitted with the whisk attachment and whip until medium-stiff peaks form, adding the salt as the whites whip.

Scoop the batter into the molds or muffin pans, filling each two-thirds full. Put the blueberries on top, making sure they are evenly distributed and away from the edges of the mold.

Bake until golden brown at the edges and a toothpick or cake tester inserted into the center of a cake comes out clean, 25 to 30 minutes, rotating the pans after 10 to 15 minutes to ensure even baking. Transfer to a cooling rack and cool slightly.

Carefully unmold while still hot. (If the cakes cool too much in the molds of the pans, the butter will cause the cakes to stick when unmolding. If this happens, pop them back into the 350 F oven for a couple of minutes to warm them and then unmold.)

Top the cakes with the blueberries and almonds and dust with confectioners’ sugar. Serve the same day or store in an airtight container at room temperature for up to 2 days. —CONTRIBUTED