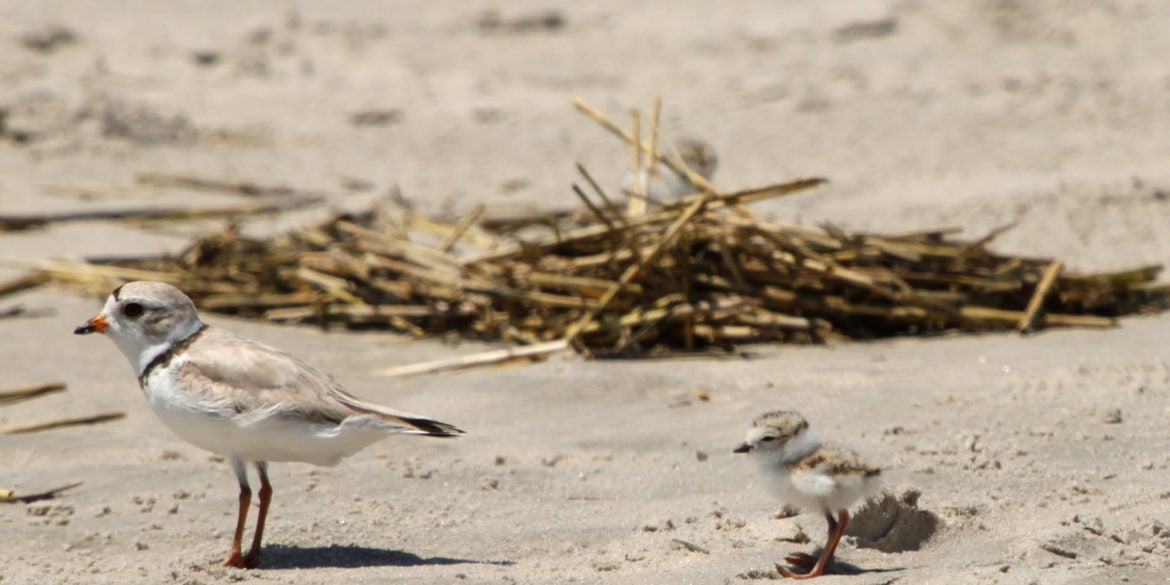 Endangered birds could stop the music at Chicago beach fest

Promoters of Mamby on the Beach are seeking a permit from the Chicago Park District to move the show to Montrose Beach on the city’s north side. But two piping plovers lately have been making the beach their home. Four eggs were discovered and turned over to the Lincoln Park Zoo this week.

The plovers are hanging around and appear to be making a new nest, said Louise Clemency of the U.S. Fish and Wildlife Service.

MAMBY on the Beach is scheduled to take place on Aug. 23-24 and is expected to draw as many as 20,000 people to the Lake Michigan lakefront each day. A permit hasn’t been approved yet but tickets already are available.

“The Chicago Park District is in discussions with Mamby Festival to negotiate an agreement that would bring the event to Montrose Beach,” park district spokeswoman Michele Lemons told the Chicago Sun-Times and Chicago Tribune in a statement. “No details have been finalized nor has the Chicago Park District issued a permit at this time. We will continue to work with the organizers to address the concerns of the community.”

But Jill Niland of the Montrose Lakefront Coalition says there are concerns about the number of people expected to attend the festival and noise pollution that could disrupt the piping plovers.

The small shorebird is on a number of state endangered species lists and is listed as threatened at the federal level.

A concert series on a beach in Sandy Hook, New Jersey, has been cancelled this summer to protect piping plovers nesting there. National Park Service officials have said noise disturbs the plovers.

The Montrose Lakefront Coalition wants Mamby moved away from the Montrose Beach area.

“We hope there will be some sort of public pressure because of the birds, but also because of the overuse of this park by private groups that nibble away at the space that the public would normally use,” Niland said.

Festival promoter Jerry Mickelson would prefer to have Mamby at Montrose Beach.

“We went to look at the plovers,” he told the Tribune. “And they are mating in the middle of the beach right where we would be setting up. Will the plovers be gone by then? We don’t know. But we certainly want to respect the endangered species that it is.”

High water levels at the beach could threaten both the birds’ nesting and the festival. Hours after the four eggs were removed Wednesday, the original nest was covered by water.

Mickelson also is creating a plan to move the festival to a nearby grassy field if the water encroaches too far up the beach.

The festival has been held the past few years at Oakwood Beach on Chicago’s South Side.