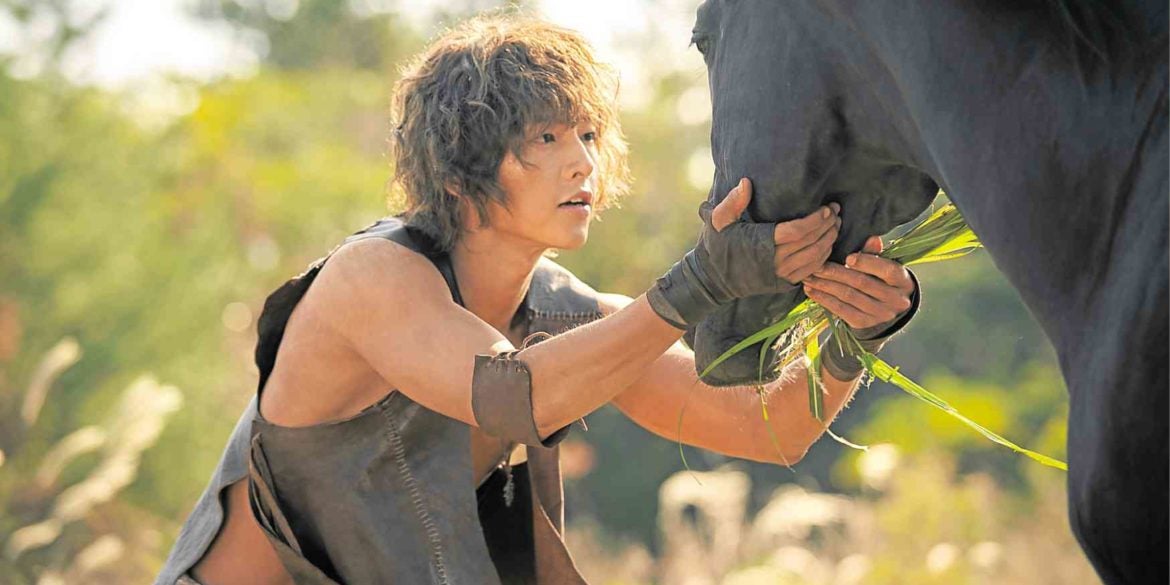 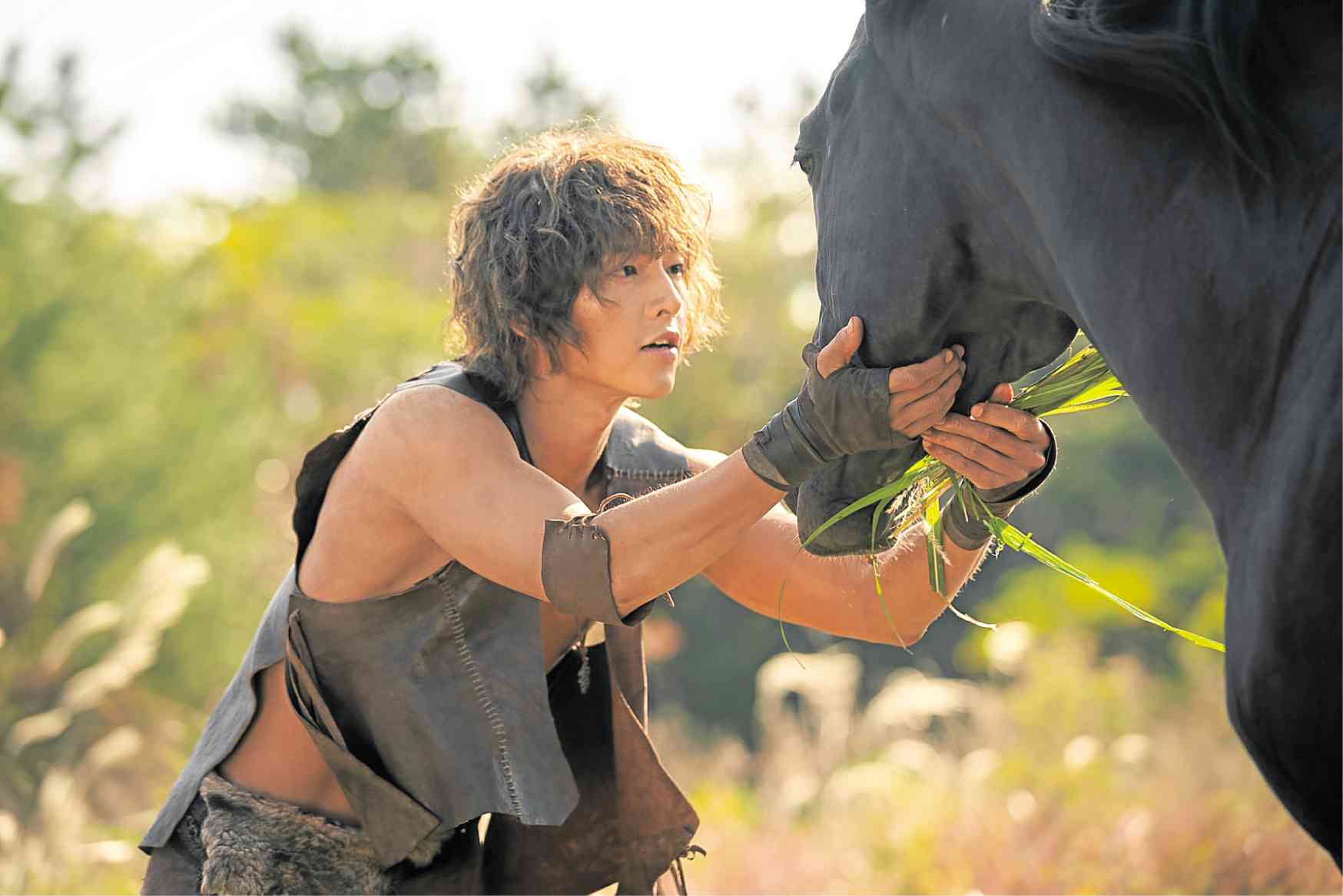 SEOUL—We ran into Song Joong-ki a few minutes before the press conference of Netflix Original “Arthdal Chronicles” started. And we almost did not recognize him.

Mainly because he looked younger than when he starred in “Descendants of the Sun.” His long hair contributed in making him look like a boy. He was wearing pants, white sneakers and a multicolored Wooyoungmi woolen jumper that costs $500 at retail.

There was no posse and he walked confidently into the lobby of the ballroom of the Imperial Palace Hotel meters ahead of what looked like the security detail provided for him. He turned his head when he heard a couple of girls gasping and giggling in one corner. They shouted something at him. He smiled and cooly waved his hand to their direction. It was enough to make his fans jump excitedly and scream.

The encounter lasted mere seconds, but it gave us a preview on how Korean A-list celebrity Song Joong-ki could easily slip into the role of an unsure boy with god-like qualities in “Arthdal Chronicles.” Joong-ki could soften his features with a smile. He could also revert back to being the man we got to know him in “Descendants” with a steely gaze.

This skill of adding and subtracting years from his face is something viewers will be able to enjoy thoroughly in the Netflix Original “Arthdal Chronicles” because his character promises to grow up with each episode.

The next time we saw him, he was stepping onto the stage of the press con. When it was his and Jang Dong-gun’s turn to come up together, he instigated the playful poses they did for the camera. The most memorable shots were when then they formed a heart with their hands.

During Super’s panel interview with the cast, Joong-ki shared the things he had to go through to flesh out the character of Eunseom, an Igutu. Eunseom is a person born from the union of a Saram mother and Neanthal father. From his father, he got his strength and dreams while he got the language from his mother.

“Since this is set in the primitive period, I’m not exactly wearing much clothing. I had to do a lot of work out to keep in shape,” he said. But before thirsty imaginations run wild, what he meant was that he had to wear a vest for the top and loincloth for the bottom.

It was hinted in the drama that he is the reincarnation of Aramun Haesulla, the god of Arthdal union. Part of the mythology is that Aramun owns a horse with unmatched speed.

“I am a good horse rider in this series as well. I had a lot of practice riding a horse. And there was a lot of training that went into action scenes as well,” Joong-ki said.

Perhaps the most challenging part of the role was how he would portray his character through language.

“It was hard for me to find out which point I should focus on. Because this is a combination of historical drama and fantasy I asked myself whether I should do the tone of voice used in a historical drama or in a very natural tone as I’m speaking now. So finding the right position in the spectrum was tricky for me,” he said.

When our interview was over, we told the cast we brought a gift for them. Song Joong-ki was the one who stood up from his seat to get plushies of Inquirer’s mascot Guyito. He looked at the carabao with puzzlement before he asked in English, “what is this?”

He received a quick description of what carabaos do from this writer before he nodded his head in appreciation.

This was how we ended our day with the stars of “Arthdal Chronicles.” The cast playing with their plushies and this writer surviving Song Joong-ki’s lethal smile.