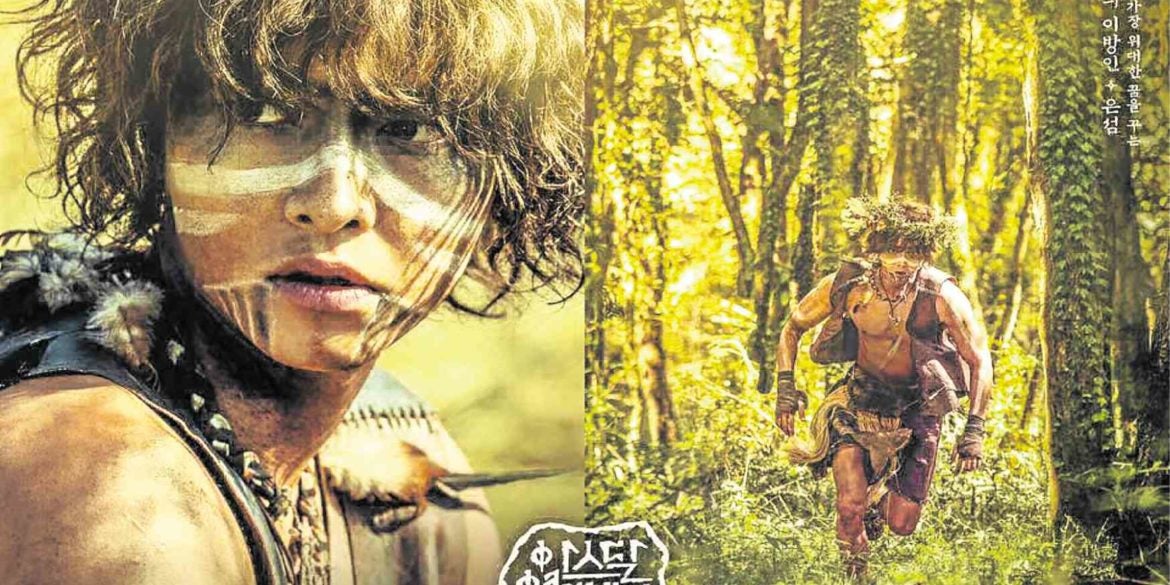 Exploring the dreamless land of Arthdal

The fantasy world of “Arthdal Chronicles” revealed itself to be a beautiful place ruled by cruel people. Opposition has been completely wiped out and kindness is the only resisting force that exists.

The lead stars of this Netflix Original series are Song Joong-ki as Eunseom, Jang Dong-gun as Tagon, Kim Ok-vin as Taealha and Kim Ji-woon as Tanya. What came as a surprise was rapper Jung Jae-woon, whose stage name is One, appearing as the young Tagon. He recently came into the radar of Filipino fans when he played the character of Cha Si-an in “My Secret Life” (2019). It is also confirmed that Blackpink’s Jisoo and 2PM’s Nichkun will be part of this drama as well.

Clearly, this drama is not shying away from star power to capture a wider audience.

“Arthdal Chronicles” is divided into three parts. Each part has six episodes that lasts 1 hour and 20 minutes. Parts 1 and 2 will be released back-to-back. The third part comes later this year.

“The story does have three major points. When you finish watching the first part, you will understand why it was separated from the second. The audience will have a deeper understanding of the show by the time Part 3 comes out,” said show writer Kim Young-hyun.

Dreams are a spiritual commodity in the show. Humankind cannot have it, unless they are heavily drugged. Those who can dream have a direct line of communication with the gods.

“Part 1: Children of the Prophecy” will end this week. Prophecies play a big part in the decisions of the majority of the highly superstitious characters. The first episode immediately set a violent tone. In the darkness, we witnessed the treachery of the rulers of the Arthdal Union toward the more superior race of Neanthals. This is how we got to know the “children,” but their prophecies would come much later on.

The identity of Eunseom (Joong-ki) is revealed by the end of the first episode. It broke Asa-hon’s (Choo Ja-hyun) heart when she first realized who he truly was. It is chilling to revisit this moment after four episodes, realizing how petty gods can be in this drama.

Eunseom and Tanya (Ji-won) were born on the same day. One is prophesized to put an end to a destructive society and the other to bring forth life and prosperity. Eunseom is an Igutu—a child of the unholy union between the blue-blooded Neanthal and a human. Tanya is the next “Great Mother” of the Wahan Tribe. In some ways, it parallels the Sanskrit epic “Ramayana.” Where the god Vishnu is incarnated into Rama and Vishnu’s wife Lakshmi, is incarnated as Sita. But the similarities end there. The “Arthdal Chronicles” follows its own narrative. 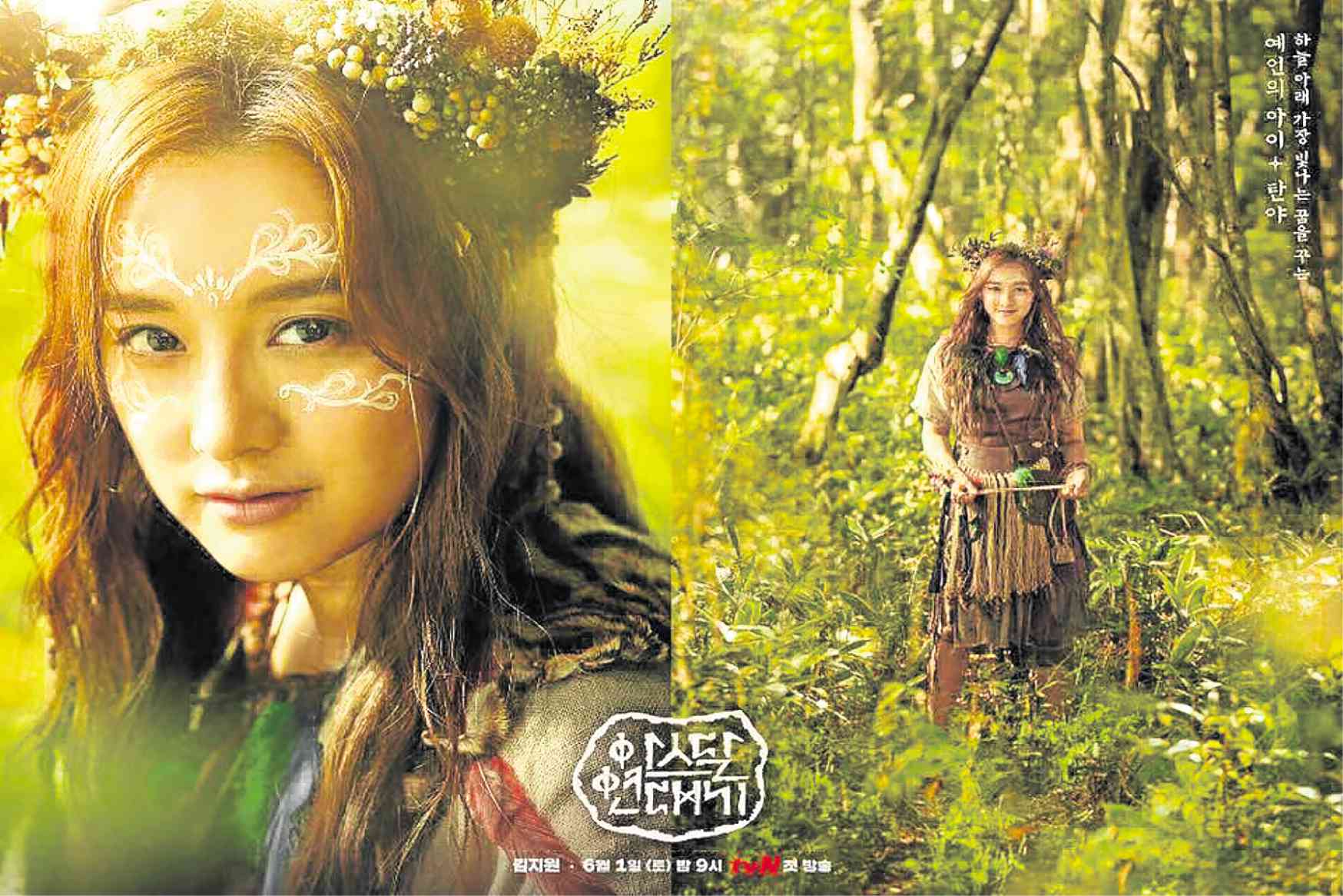 The villainous Tagon has his own prophecy to fulfill. We got to know him as an intelligent leader who sees the bigger picture. Actor Jang Dong-gun thinks that it is this quality of Tagon that will make him survive in any era. When Super asked him how does he think his character will fare in modern times, he answered.

“Tagon is a very smart character and a strategist. He has the gift of foresight. He knows how the future will play out. If he finds himself in the modern times, he would adapt very well and probably still fulfill his desire,” he said.

His fellow actors likened Dong-gun during the press conference to Buddha. The way he kept calm in the middle of the chaos of their shooting. This calmness reflects in the character that he plays.

Dong-gun looks gorgeous as Tagon. He made the character look serene, wise and kind. Which makes him the most dangerous evil in the show. Because he can win you over despite his brutality and mercilessness.

He is perfectly matched to the beautiful Taealha played by Kim Ok-vin. Taealha is described as the sword to Tanya’s shield. The actress described her character.

“Taealha thirsts for power. She will be the leader of her tribe. Her father raised her to be a spy. So she actually needed power to get the things that she wanted. She is someone who will tell you that she wishes to be stronger. So that is why she is always looking for ways to achieve her goals,” Ok-vin said.

But is Taealha completely evil? We asked the actress how she wants the audience to see her character.

“She has a story. She has this pain within her that would actually that could make the audience sympathize with her. I hope that I would be able to translate that pain to the viewers so they will understand my character,” she said. 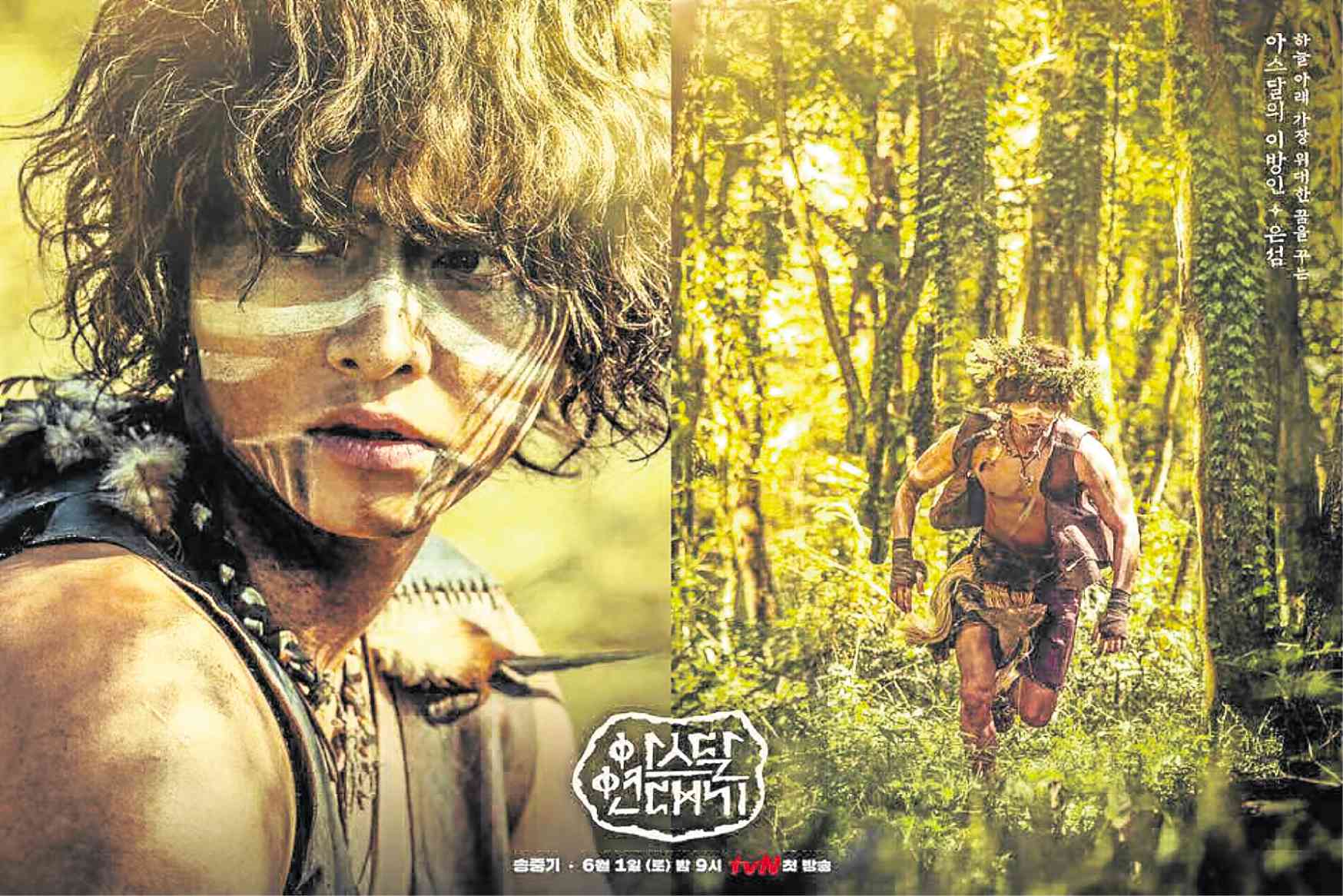 The costumes are used to identify the tribes in the show. The Wahan Tribe who lives in the Iark, out of Arthdal’s reach, wear coarse brown clothing. They decorate their faces with plant extracts and fresh flowers.

The Asa White Mountain Tribe wore white flowy robes to indicate their status as spiritual guides to the people. The Hae Tribe has rich, silk clothing. The Saenyeok Tribe where most of the Daekan Forces come from looks formidable in their metal breastplates.

The huge discrepancy between the Wahan and the rest of Arthdal was explained during the press conference last month.

“Even though the story is set in a fictitious time and space, we had to be consistent with a certain developmental phase of a civilization as you mentioned. So, we tried to incorporate elements that various civilizations had in common and referred to the specific era of other civilizations when we couldn’t find any reference relevant to Korea. In Arthdal’s Bronze Age, there are less advanced civilizations,” said writer Park Sang-yeon.

“Arthdal Chronicles” is streamed every Saturday and Sunday, 10:30 p.m. on Netflix.