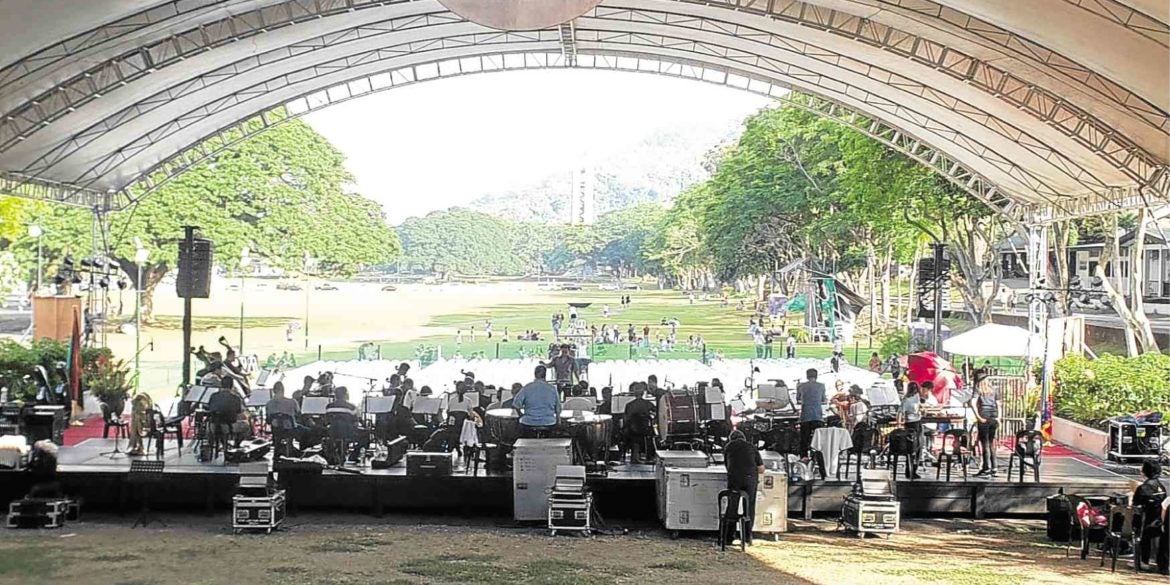 It was a romantic setting, legendary Mt. Makiling, home of Rizal’s muse Maria Makiling, mitad ninfa Mitad sulfide (half Goddess, half spirit of the air), and a romantic hour, as the sun was setting. It was just the right ambience for the Philippine Philharmonic Orchestra’s (PPO) outreach concert at University of the Philippines at Los Baños (UPLB).

It was a project of Cultural Center of the Philippines (CCP) President Arsenio “Nick” Lizaso, who told the audience that the CCP, which is celebrating its 50th anniversary this year, produces some 800 shows and events each year.

The PPO musicians were in top form, inspired no doubt by the venue, the standing-room only crowds at the open-air UPLB Freedom Park, and the leadership first of Herminigildo Ranera during the first half of the program, and Yoshikazu Fukumura, the principal conductor, during the final half.

The repertoire was crowd-pleasing, light classics  and pop classically arranged, which made for an enthusiastic response by the audience. Selections included an overture on Philippine folk songs,  excerpts from “Les Miserables” and “My Fair Lady,” an Eraserheads suite arranged by Ryan Cayabyab, a “Bohemian Rhapsody”/Queen medley and two waltzes from Johann Strauss Jr.

A highlight of the event was a lecture-demo by Ranera, in which the musicians from each section, in groups or as a soloist, were called upon to stand up and play their different instruments. First was  the strings section (violin, viola, cello and contrabass). But where was the harp? Perhaps too heavy to carry to the mountain site?

A PPO outreach concert is not only entertaining but also educational. —CONTRIBUTED