‘Roses for Ben’: This version is not what audiences need to see | Inquirer Lifestyle ❮ ❯ 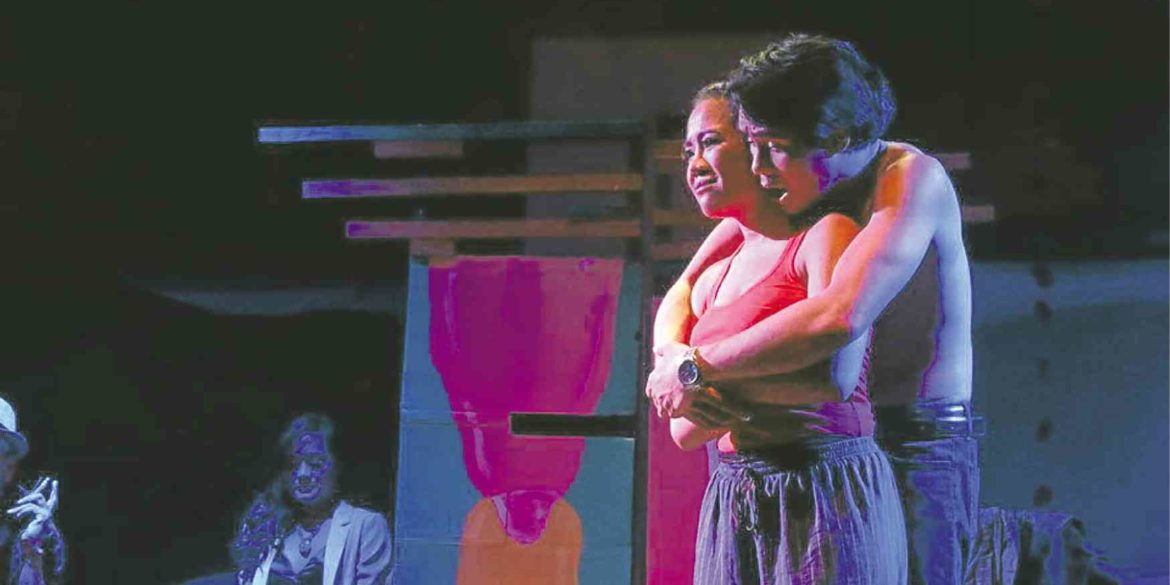 ‘Roses for Ben’: This version is not what audiences need to see

There is not only an artistic responsibility, but also a moral one, that comes with staging plays of urgent sociopolitical importance—the likes of “The Normal Heart” and “Angels in America,” both of which deal with the HIV-AIDS crisis in profoundly illuminating ways.

Viewed through this lens, Artist Playground’s “Roses for Ben”—with book and lyrics by Rayne Jarabo, music by Jesse Lucas and direction by Roeder Camañag—gives little cause for celebration.

Put simply, this original Filipino musical about a gender-fluid man who discovers he has HIV is carelessly written, poorly thought-out and ineptly staged.

The musical has been marketed as an HIV-awareness play. Yet it either treats its most crucial scenes in an undignified manner or shies away from harnessing completely the dramatic truths of those moments.

The climactic scene between Ben and his father, when son finally opens up to parent about his condition, is treated almost as an afterthought. A scene set in a clinic portrays the nurse and HIV counselor as an idiot who believes the virus can be contracted from fish and an over-the-top comedic punching bag, respectively—the very antithesis to this play’s pedagogical mission.

There is even a disposable song number devoted to a supporting character expounding on a rumor about someone having the virus—a rumor that the audience is expected to substitute for the truth.

Instead, this musical gives more weight to scenes and characters that do not advance the story or have no place in the fictive world whatsoever—stagnant song numbers and supporting roles whose contributions to the plot are inversely proportional to their stage time.

Which is to say, the skill involved here is very rudimentary, as if this musical’s idea of a musical is song number after song number interspersed between book scenes at an exhausting rate.

And the staging does nothing to elevate the text: The actors all perform in different volumes, styles and rhythms, while the scenes are allowed to progress at their own pace.

So many more questions need answering: Why does this story seem not to care enough about its female lead to give her both a proper buildup and resolution?

Why hasn’t anybody bothered tweaking those notes that Bobby Martino, as Ben’s father, can’t hit in his 11 o’clock number?

Maybe we’d be more forgiving if “Roses for Ben,” this hatchling of a musical, were about some other topic. But the latest data from the Department of Health reveal the severity of the HIV-AIDS crisis in the country: 38 new infections every day. Now is not the time to be fooling around.

There’s no denying the benevolent intent of this piece. But serious reconsideration and rewriting are warranted, especially if, as the producers have earlier said, this musical were to be toured around the country. Right now, what’s certain is that this version of “Roses for Ben” is not the one audiences need to see. —CONTRIBUTED