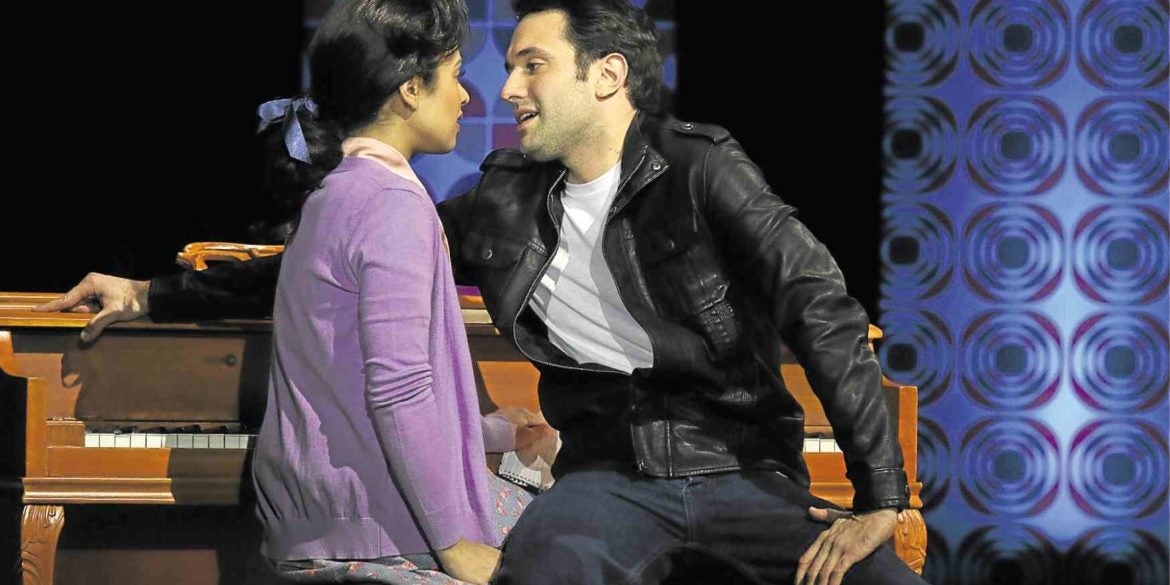 ‘Beautiful’: Atlantis has another hit

The Atlantis Theatrical Entertainment Group’s “Beautiful: The Carole King Musical” certainly lives up to its name when it comes to production values and the sheer energetic execution of its feel-good material.

The bio-musical of how composer-singer Carole King transcended her blue-collar roots and marriage gone bad opens up into a wider landscape of how pop music was made and reinvented from the 1960s to the 1970s.

The restaging of old favorites, which made it to the top of the Billboard charts, seems like an invitation for the audience to sing along.

Intended or not, it is an offer that is difficult to turn down, especially when they’re glitzy song-and-dance numbers.

Garcia literally transports you back to a more innocent era. As depicted in Douglas McGrath’s book, the New York, where King and her husband-songwriting partner Gerry Goffin live, is a land of opportunity where dedication, courage and hard work can make one’s dreams possible. An audition piece sung at the right time can give the aspiring artist a much-needed break. The cutthroat competition in show business is supplanted by lifelong supportive friendships.

Even Jamie Wilson gets a welcome departure from his usual bad-guy roles to play an ambitious but still fatherly record producer. And when the occasional obstacles to success are alluded to, such as Gerry’s difficult balancing act of his day job and child-rearing duties, the pain hardly bites and lingers.

Faust Peneyra’s set design and Aaron Porter’s lighting put some razzle-dazzle into what seems to be a simple set. A minimalist setting of furniture, studio microphones, and four portable doors that represent offices is augmented by a backdrop of shifting colors and bright patterns.

The stage hums and vibrates, flashing a dizzying palette of rainbow hues to mark a change in scenery, reflect an emotional landmark, or just keep the musical numbers bouncing along.

Kayla Rivera steps up to the plate in the title role, making the character her own while echoing enough of King’s persona.

Mikkie Bradshaw-Volante’s Cynthia Weil is a mixture of street smarts and wide-eyed optimism that serves as a counterpoint to Rivera’s idealism.

George Schulze’s Barry Mann, Cynthia’s personal and professional other half, delivers his wisecracks with deadly precision, without diluting the down-to-earth quality of his character.

The chemistry between Schulze and Bradshaw-Volante sparks up the stage. The friendship of the characters becomes more palpable when Rivera joins the duo, which is made more poignant by “You’ve Got a Friend.”

Nick Varicchio’s performance is moving enough during his song numbers. As of the first weekend, though, he has to work on his acting chops. His character does not blend seamlessly with the three other leads, and his romance with Rivera is overshadowed by that of Bradshaw-Volante and Schulze. (The four real-life friends/colleagues/partners—King, Goffin, Weil and Mann—wrote the words and composed the music of this musical.)

Gerry’s descent into depression is also far from convincing; his character’s fall from glory goes against a script which obscures drama and darkness; it bathes in the light. This approach could work against some of the characters.

When Goffin describes King’s kind, persevering and too-good-to-be-true nature, the lady, as written, still does not show a marked personality distinct from her peers.

This bent is evident in the proliferation of the musical numbers. The dynamic performance of the leads and the ensemble is enough to draw the audience. But one wonders, in the hands of a lesser cast and artistic crew, how many of these numbers do contribute to the story organically, or how many of them are simply for show?

Based on the audience’s reaction during opening weekend, despite flaws in the material, it looks like Atlantis has another hit. —CONTRIBUTED