‘ROCKETMAN’S’ FLIGHTS OF FANCY GIVE IT AN EDGE | Inquirer Lifestyle 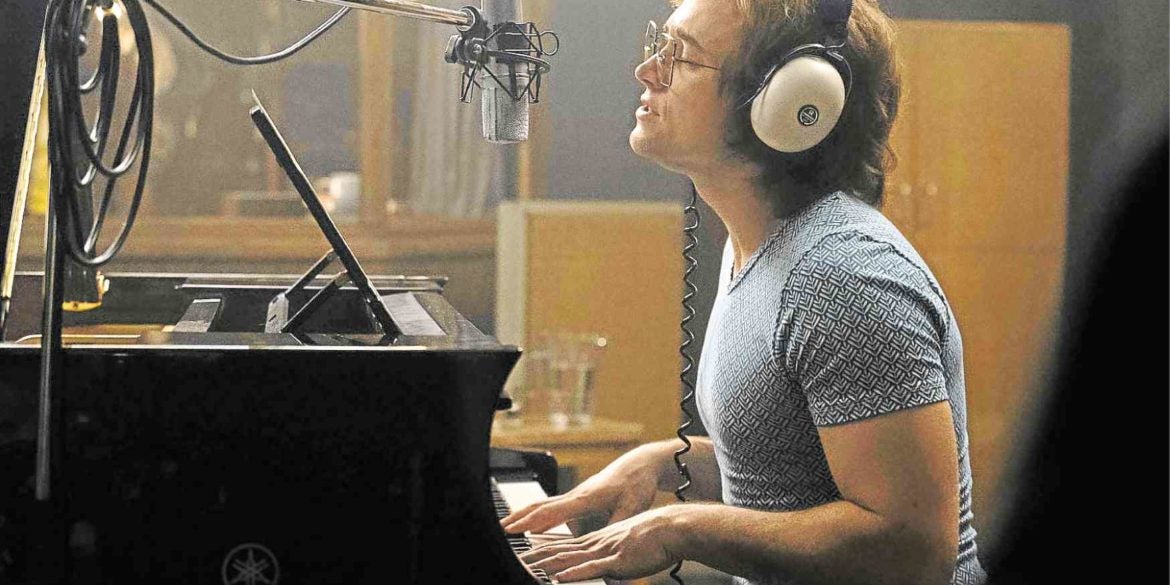 ‘ROCKETMAN’S’ FLIGHTS OF FANCY GIVE IT AN EDGE

Dexter Fletcher took over the directing duties of “Bohemian Rhapsody” after Bryan Singer was fired (on-set troubles plus him actually not showing up to work), and steered that ship home to a number of awards (including an Oscar for lead Rami Malek) and a worldwide take of $903 million. It’s not surprising, then, to see him at the helm of “Rocketman,” yet another musical biopic of a beloved English rock icon, this time Elton John.

This time he gets to direct the entire project, and looks like he has a lot more fun doing it. While still firmly in the mold of a standard biopic, Fletcher and team have a gas of a time with the musical sequences, which go on surrealistic flights of fancy as in your classic Hollywood idea of a musical. In this it can feel like the adaptation of an already existing Broadway musical, except that it’s an original screenplay by Lee Hall.

Telling the story of John’s formative years, the playful treatment befits the subject matter; John’s antics, behavior and outrageous outfits are a clear inspiration for the kind of creative liberty the costume/ props/production design teams take with glee.

Taron Egerton plays Elton John, and disappears into the character so well that you completely forget he was ever Eggsy in the “Kingsman” movies. He gets the voice and mannerisms down, and it’s impressive to behold. Maybe Fletcher knows how to eke out these fully committed performances from his leads. Jamie Bell is also almost unrecognizable as John’s writing partner Bernie Taupin; it’s a low-key but effective performance. Richard Madden plays John’s paramour/manager John Reid, and Bryce Dallas Howard plays his mother, an unexpected bit of casting that pays off.

These years of John’s career aren’t as fresh in the memory as they are the image of him in the present day, about to retire from touring, in a long-term committed relationship. So it’s a welcome intro and flashback to those times when John himself accounted for almost 5 percent of all records being bought.

Perhaps stinging from the accusations of bi-erasure in “Bohemian Rhapsody,” “Rocketman” makes no bones about letting its audience know very clearly what Elton John’s sexual preference is. It can almost feel overcompensatory, and it strikes a bit of a sad note that the main sexual relationship in the film is an abusive one.

There also tends to be a bit of convenience to the film in that it’s a little too pat and easily explained. Everything about Elton’s personality seems to have a very clean origin in the psychological trauma he received from his parents. In this and many other regards it’s impossible not to notice certain parallels and overlaps with “Bohemian Rhapsody,” since there’s a lot of intersection in their Venn diagrams: being queer performers in rock, being English, having strained relationships with their parents, feelings of insecurity and diminished self-worth, the addictions to drugs and sex.

It’s great then to see those touches like Elton suddenly beginning to float in the middle of a live performance, or everyone in his nearby surroundings joining in song and dance, or him floating alone through outer space. They help separate this film from other films and give it an identity almost as bombastic as its inspiration.