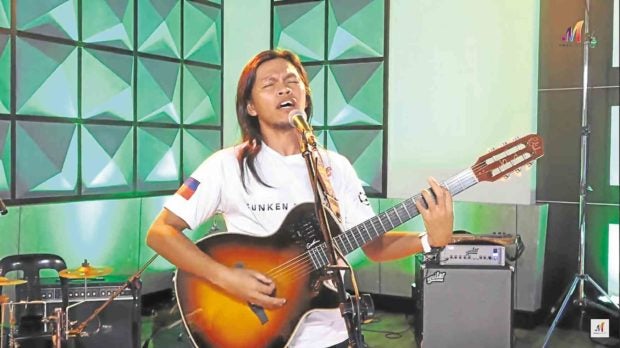 “Ang laya mo’y babantayan, Pilipinas kong… hibang,” Bullet Dumas cries, ostensibly removing his cap and freeing his long hair from its bonds. “Usisa” is his love letter, ripped and turned inside out (up to you to decide who it’s for). This live performance by the folk artist strikes you as if, perhaps with his every iteration of the song, he surrenders a little piece of soul—never to be claimed again. Near-mad with whatever force compels him, Dumas beats his guitar into submission with a ferocity that’s enough to set his fingers bleeding. With a voice that sounds as if it was pulled kicking and screaming from beneath the earth and with flair for zealous verse, Dumas challenges what it means to be an OPM artist in this day and age. —ELW 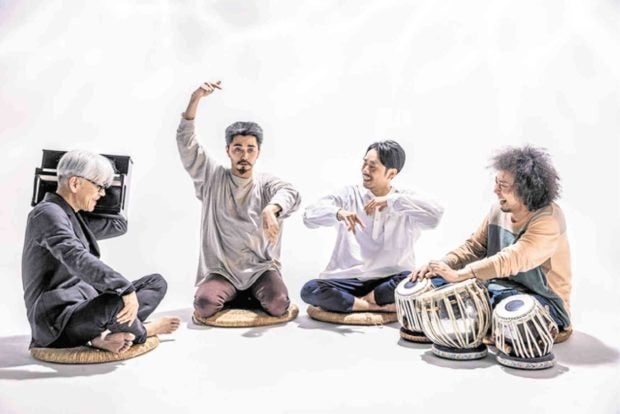 “ENERGY FLO” » Ryuichi Sakamoto, U-zhaan, Tamaki Roy, Chinza Dopeness
Besides the Grammy and Oscar hardware and the rich discography, what else makes film scorer Ryuichi Sakamoto a supercool guy? That’ll be his wonky irreverence and love of experimental sounds, as in this recent collab with tabla (a pair of small drums originating from India) player U-zhaan and J-rap artists Roy and Dopeness in reworking Sakamoto’s 1998 instrumental piece, “Energy Flow.” It’s got a quirky, fresh spin (Sakamoto even plays the finger piano) and has been renamed “Energy Flo”—a play on words because “flo,” or furo in Nihongo, means “Japanese bath.” And so what we have is a modern master serving us what could perhaps be The Best Bath Song Ever. —FK 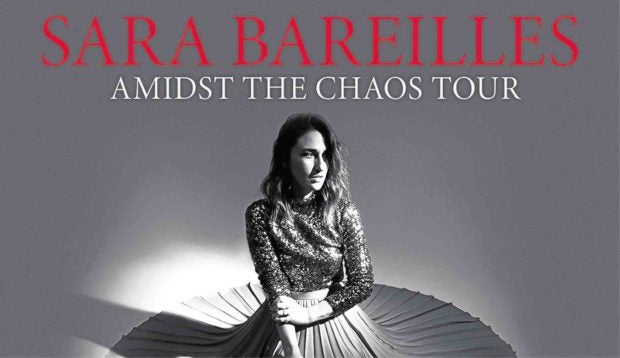 In this achingly saccharine love song, Sara Bareilles paints the perfect picture of love through the years. Off her sixth studio album, “Amidst the Chaos,” the standout track is a sincere love letter about finding home and solace in your special other’s arms. “Miss Simone” anchors on the timeless musician Nina Simone, and takes you to a rosy world of moonlit dances on rooftops. It’s a classic parallel of how music lasts forever, just like true love. The track is beautifully simple, just Bareilles’ ethereal vocals and instrumentals, playing to our visceral desire for something that… just lasts. Just like “Miss Simone,” Bareilles proves that she definitely also understands “what a heart sounds like.” —ICC 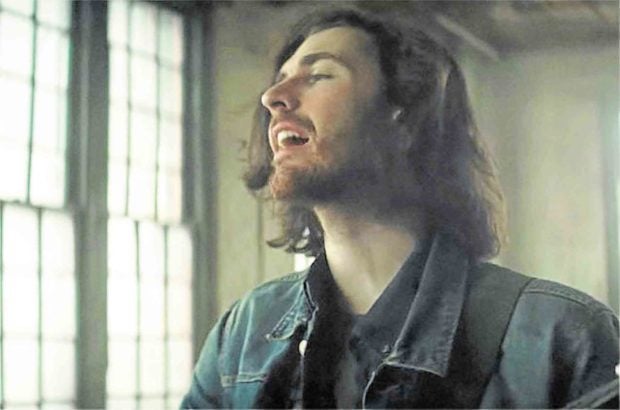 Fresh from his “Wasteland, Baby!” drop, Hozier toes the line between eclectic performance art and clever guerilla marketing with his subway mini concert. “Almost” sees him armed with nothing but an acoustic guitar and his merry band of backing vocalists clapping rhythmically in charming fashion. Hozier delivers an unrivaled cult performance. No Glastonbury or Coachella act can be half as memorable. The unexpected showing, the unorthodox setting and the utter lack of bells and whistles let the Irishman’s poetry and vocal prowess shine. By bringing his sweet music to the masses, Hozier exhibits his gift for turning ordinary spaces into heavenly places. —ELW

Somebody please sign Turner already so her original songs could be released in one full, digitally downloadable album (only 3 of her singles are up on SoundCloud). Pouring her heart out—“It’s a terrible feeling being the ghost on the wall that’s always disappearing”—with only her affecting, raw vocals and an electric guitar is the purest, most honest and bittersweet we’ve ever heard the 19-year-old “American Idol” alum. What a shame that this acoustic “Prom Queen” is only available on YouTube. —FK 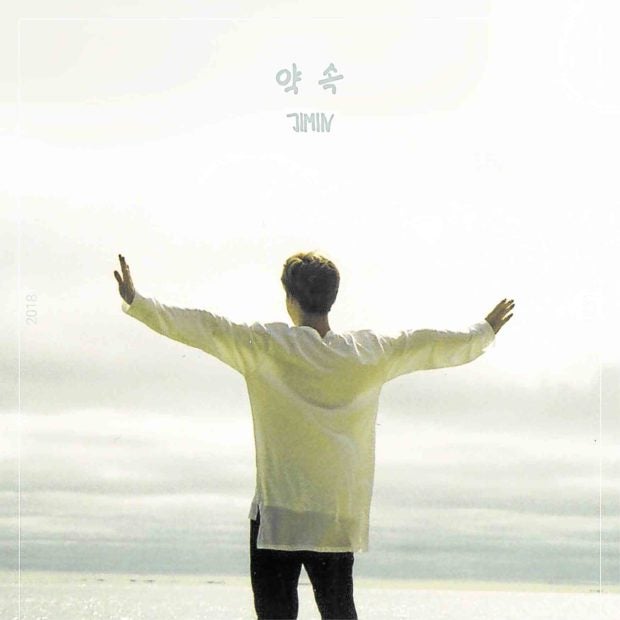 In his first-ever self-produced song, Jimin of the phenomenal group BTS takes it back to the basics. Opening 2019 with this stripped-down track, Jimin’s silvery vocals create a haven of serene succor, enveloping the listener with gentle warmth. The young musical wonder will uplift and soothe the soul with his vow “to be your light.” It’s a tranquil, lighthearted reminder of love—actually a surprising offshoot of the superstar’s struggles. Armed with heartfelt musings on life, “Promise” is one tender balm to the soul. —ICC 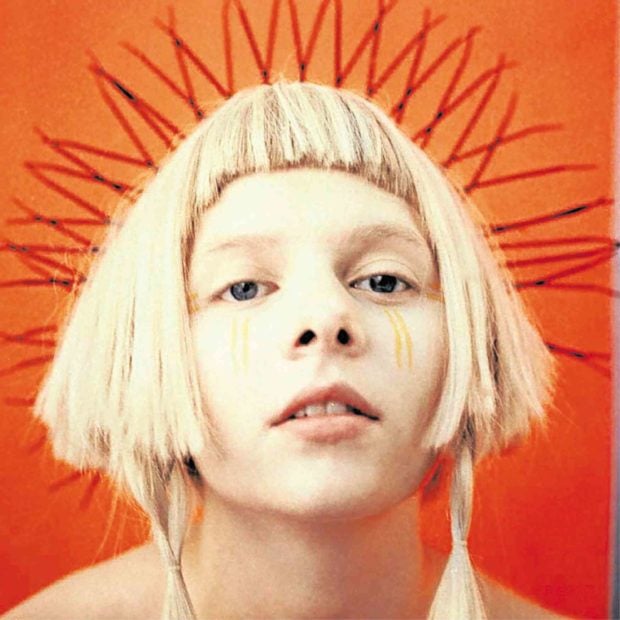 “IT HAPPENED QUIET” (live at The Current) » Aurora

You can’t entirely comprehend Aurora’s vocal talent unless you divest her music of all its synth livery. In this acoustic version of “It Happened Quiet,” the Norwegian dynamo’s mastery over her instrument is on full display as she traipses leisurely through rising notes and breathy falsettos. The absence of the harp, lofty choir and overlaid voicing diminishes none of the song’s sublimity and even elevates the high clarity of Aurora’s vocals. As the final bars of the first chorus draw to a close, even Silja Sol, Aurora’s guitarist-backup singer, couldn’t help but stare at her in open wonder. —ELW 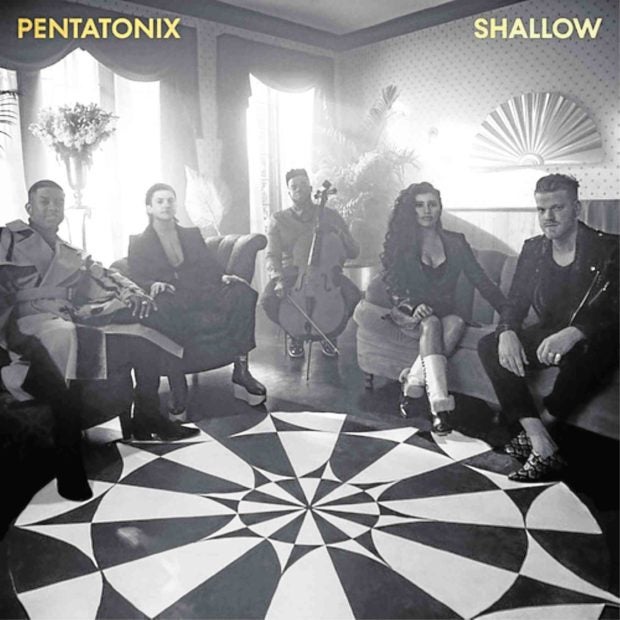 Granted a cappella is a genre in itself but the “Shallow” cover by vocal band Pentatonix enters acoustic territory with a single cello wailing to the members’ robust, acrobatic voices. Nothing beats the awards-sweeping original and yet Pentatonix made the song its own by toning down the grit—the Gaga-Cooper duet remains unmatched in rasp and country vibe, after all—and instead cranking up the band’s signature head-bobber pop style. Keep your eyes on Kevin Olusola’s amazing feat in the official MV—he’s beatboxing AND playing the cello simultaneously. —FK