Has Hong Kong changed that much? | Inquirer Lifestyle ❮ ❯ 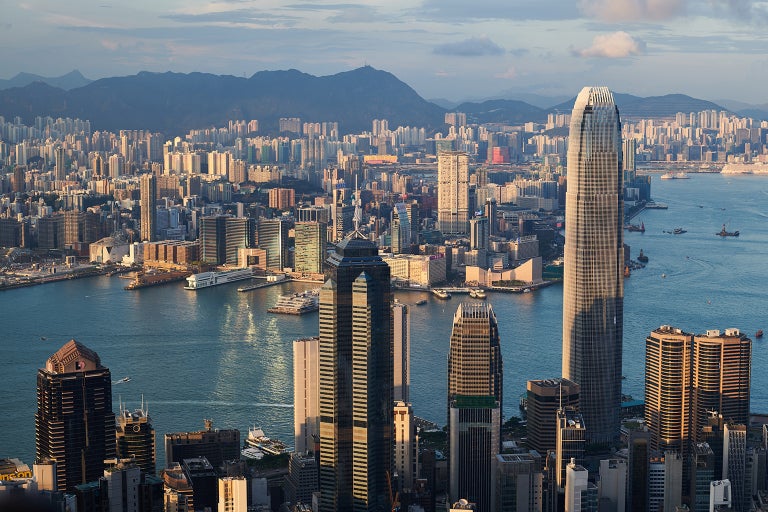 Has Hong Kong changed that much?

It has now been a couple of weeks since hundreds of thousands of outraged young men and women, some still in their teens, took to the streets of Hong Kong in protest against a proposed extradition bill. Although their beleaguered leader offered to delay discussions and even an apology, there was no let up.

If at all, the crowds got angrier. Even the people of Taiwan were in the streets, in a show of solidarity with Hong Kong.

Police authorities used tear gas and fired rubber bullets to subdue pockets of violence. But even in their anger, the mammoth crowd gamely allowed an ambulance and a bus with elderly people to drive through.

There has been one known casualty. A young man holding a protest banner fell to his death.

It was inspiring to hear a group of Christians do the old church hymn “Sing Hallelujah to the Lord.” Another group sang from “Les Miserables.” It was obviously directed at Carrie Lam, Hong Kong’s chief executive.

“Do you hear the people sing? Singing the song of angry men.” I got goose bumps. This was not theater. It was real life high drama.

As I write this, the besieged leader has relented. The extradition bill has been suspended. Some say it is dead in the water.

The business community hopes the crowds stay home as it tries to resume its usual pace. The climate had grown dicey. Many wonder how soon it will normalize, if it does at all.

Breaking news: Hong Kong protesters have cleaned up the streets where two million people marched. Bravo!
But have they all gone home?

Hong Kong on my mind

I was recently reminiscing with friends about our shopping expeditions in Hong Kong way back when.

It was in the late ’50s. The old Kai Tak Airport was scary, short and narrow. Our peso was worth double the Hong Kong dollar. The US exchange rate was six pesos to an American dollar; and for those of us who remembered it at two to one, it seemed preposterous. But today we are at P52 to one!

We had matching shoes and bags designed by Millie’s on Nathan Road. The men had suits custom made in 24 hours by the best tailors. They served us tea and cookies while we shopped for fabric at the India Emporium. My suki for table linen and handkerchiefs came to our hotel after hours and we shopped in the comfort of our room. That was typical in Hong Kong.

We never had to lug our purchases with us. The stores delivered them to our hotel that very same day. And nothing was ever missing.

Hong Kong was a British colony then. But in 1997 after 156 years of British rule, Hong Kong became the special administrative region of the Republic of China.

The handover was full of history and drama. But for some Hong Kong old-timers, it was traumatic. Many migrated to Canada and other parts of the world. Vancouver became known as “Hongcouver.”

The last time I was in Hong Kong was in 2004. We went on a “for old times” kind of sentimental trip. It was still beautiful and mysterious with a breathtaking skyline at night. But it was no longer the Hong Kong I once knew.

I missed buying hot noodles late at night from a hole-in-the-wall eatery behind the Peninsula. I didn’t feel safe bargain-hunting at Thieves’ Market. I no longer dared ride alone on the Star Ferry. I sensed danger lurking in the streets. Don’t ask me why.

Has Hong Kong changed that much? Or have I just become timid in my old age?

In the meantime, the grumbling here at home is getting louder about that “little maritime incident” that had more than a dozen Filipino fishermen floundering in the waters of the South China Sea after their boat was rammed by a Chinese vessel while anchored near Reed Bank.

The reactions have some people up in arms. Others are heartbroken. Is the media really blowing it all out of proportion?

But I just can’t imagine turning away from 22 persons thrashing in the ocean and fighting for their lives and not even throwing them a lifeline, and instead turning off their lights and speeding away.

To hightail it after a collision is nothing short of despicable.

Thank God for the fishermen from Vietnam who came to the rescue. To their credit, they never doubted it was the right thing to do. It only takes simple humanity.

Someone wants to add a star to our flag. I ask why? Will it add an iota to our alab ng puso for this country?

This inane suggestion will probably become a resolution in the so-called august halls of Congress and even join other genius suggestions like changing the lyrics of “Lupang Hinirang,” or the name of our old streets, or our airport.

My friend’s little boy dropped an F bomb at the dinner table the other day. You could have heard a pin drop. He was placed on “time out” and made to stand in the corner for the rest of the meal.

One of their guests, wanting to spare his hosts more embarrassment, called out: “Don’t worry about it, guys. It’s today’s language. He must have heard it in the news.”