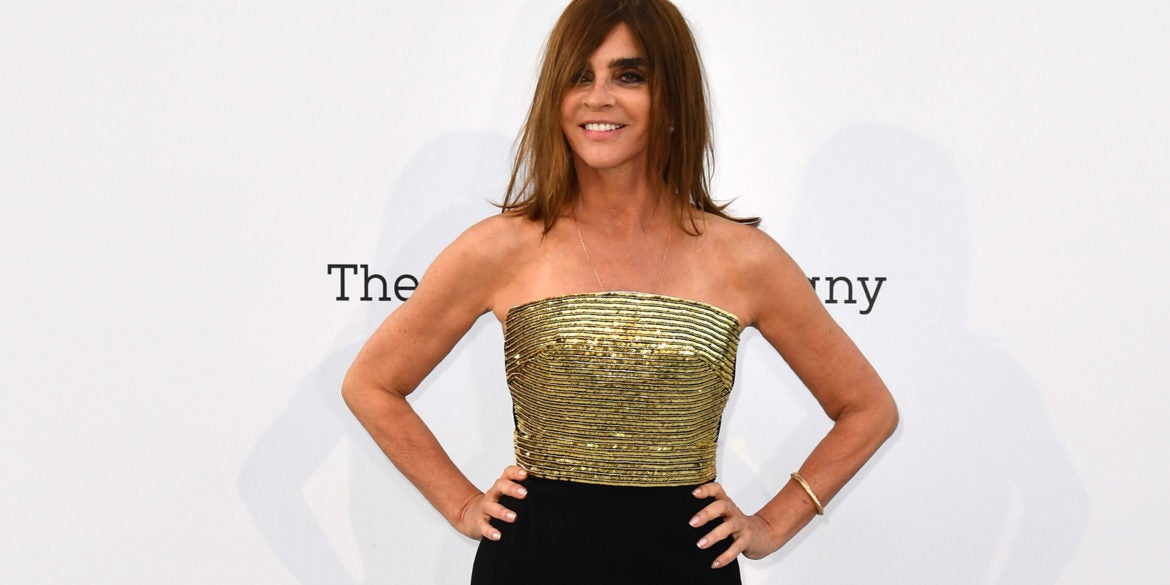 French designer and fashion editor Carine Roitfeld poses as she arrives on May 23, 2019 at the amfAR 26th Annual Cinema Against AIDS gala at the Hotel du Cap-Eden-Roc in Cap d'Antibes, southern France, on the sidelines of the 72nd Cannes Film Festival. (Photo by Alberto PIZZOLI / AFP)

In line with the launch of Carine Roitfeld Parfums with Net-a-Porter, Carine Roitfeld sat with The Guardian to reveal gems of style advice. Roitfeld was the former editor of French Vogue, revolutionizing and pioneering a lot of what we see in today’s glossies, including curvy models and other controversial choices like fur and posing with cigarettes.

After her Vogue stint, Roitfeld established the bi-annual magazine CR Fashion Book, a bible on what’s what in fashion and CR Studio, a talent agency with clients like Givenchy, Tom Ford, Dior, and Chanel. You may not know it but there’s a huge chance whatever you prefer style-wise is because of Roitfeld’s taste.

If there’s one person to take notes from when it comes to nailing that chic Parisian lifestyle, it’s her. Here are a few quotes to live by from her interview.

#1 On wearing scarves: “Never a knot.” Only loop it to make a loose tie on or wrap it around your neck.

#2 On Botox: “I don’t want to name names but there are some who can’t move their faces anymore. Like Cher.”

#5 On Karl Lagerfeld: “He was the king of sending big bunches of flowers and handwritten letters. No one else does it like this.”

#6 On white hair and growing old: “But grandmothers now are not like before. My own grandmother seemed so old with her white hair. I dye mine.”

#7 On her morning beauty routine: “A bit of cream, a bit of black, a bit of perfume.”

With a bit of prep, look good while on vacation