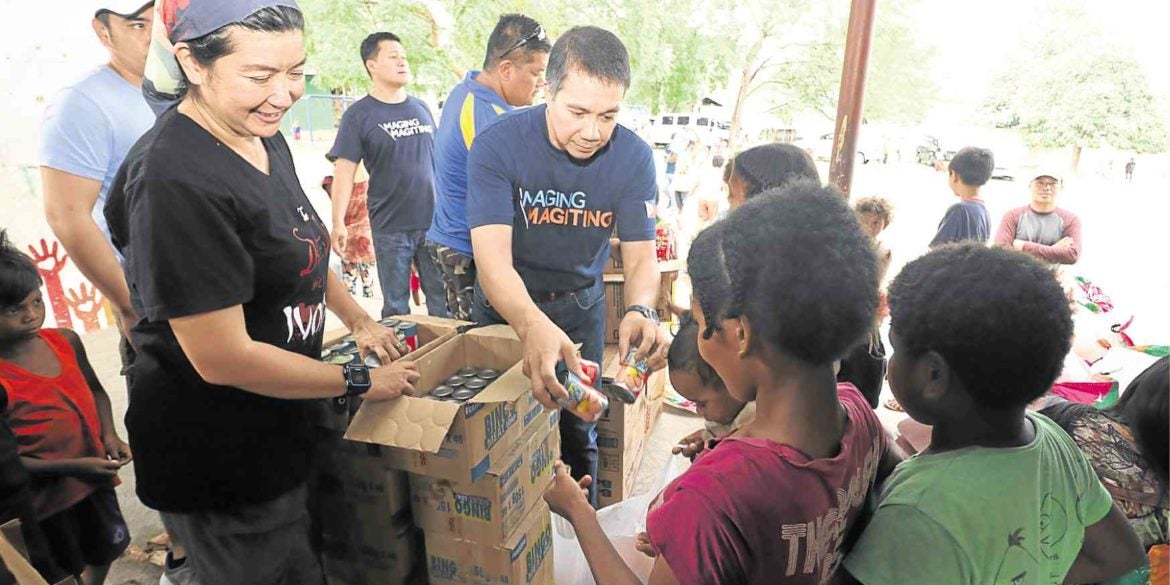 Ayala Foundation, Apl.de.Ap team up on relief operations in Pampanga

The May 4 relief initiative was the second of several similar activities for Aeta families who lost their homes and livelihood during the 6.1-magnitude Luzon earthquake. Previously, Ayala Foundation and Filipino-American hip-hop star Apl.de.Ap distributed sleeping mats and drinking water for 800 families in Floridablanca, Pampanga.

The Ayala group has also started the delivery of plywood and galvanized iron sheets to help at least 1,000 Pampanga families who lost their homes to the earthquake. —CONTRIBUTED