Poems of love and injustice in three languages | Inquirer Lifestyle Poems of love and injustice in three languages

‘Cadena de Amor’ by Marra PL. Lanot is a good and timely read because June 30 is Philippine-Spanish Friendship Day 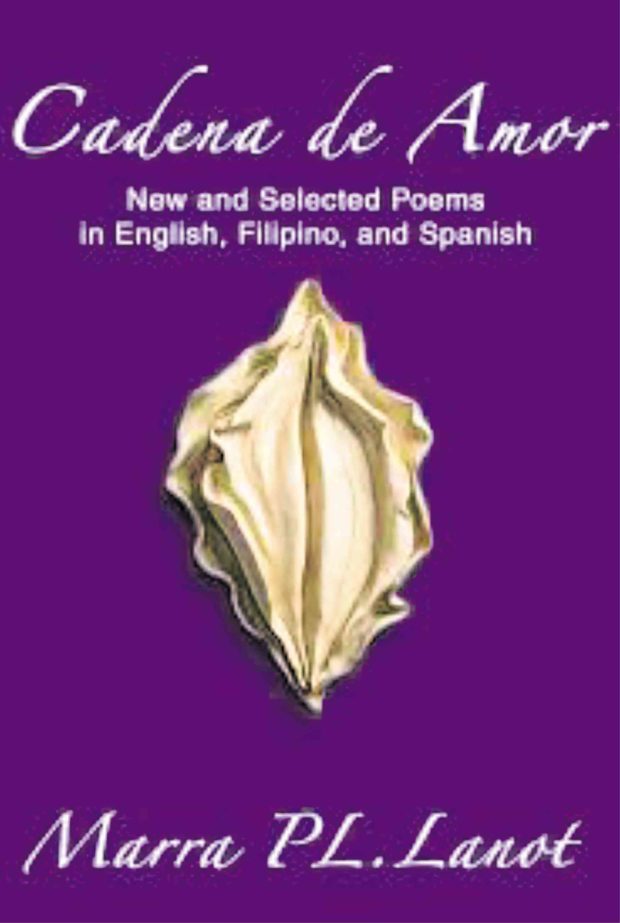 The first thing that strikes the reader of this book (“Cadena de Amor” by Marra PL. Lanot, University of the Philippines Press), apart from the fact that it is written in three languages— English, Filipino and Spanish —is the lyrical tone of the poet. It is filled with images and metaphors, like good or great poetry, and yet accessible.

The themes are many—romantic and sensual love, love of one’s parents, love of nature, anger at man’s injustice and, of course, feminism, for Lanot has always been in the forefront of the struggle for women’s rights.

It is a hefty volume for a poetry book: 42 poems in English, an equal number in Tagalog, 25 in Spanish, and finally 36 poems in the three languages grouped under “Selected Poems.”

In “Touch,” the poet declares that the touch of her partner is “Something that has no end/A scent of green tea your touch is. (That touch better be that of her husband Pete Lacaba.) Romantic love and love of nature coalesce in “Drizzle”: “I cannot hear the drizzle outside my window/ but I can smell the grass and a breath of forest air/ Refreshing my room/ I cannot see your face beyond the sea but I can hear your voice/ Asking why and why not/ Robbing me of sleep.”

The reign of the late President Marcos is dealt with succinctly: “Where the dictator is buried I don’t care/ Straight to the depths he’ll go, anyway, and there/ Steal the fire and the crown/ And make Satan fear for his throne.”

Lanot’s facility in speaking and writing in three languages is something to admire.—CONTRIBUTED