IN PHOTOS: The sound and the fury at Hellfest 2019 | Inquirer Lifestyle ❮ ❯ 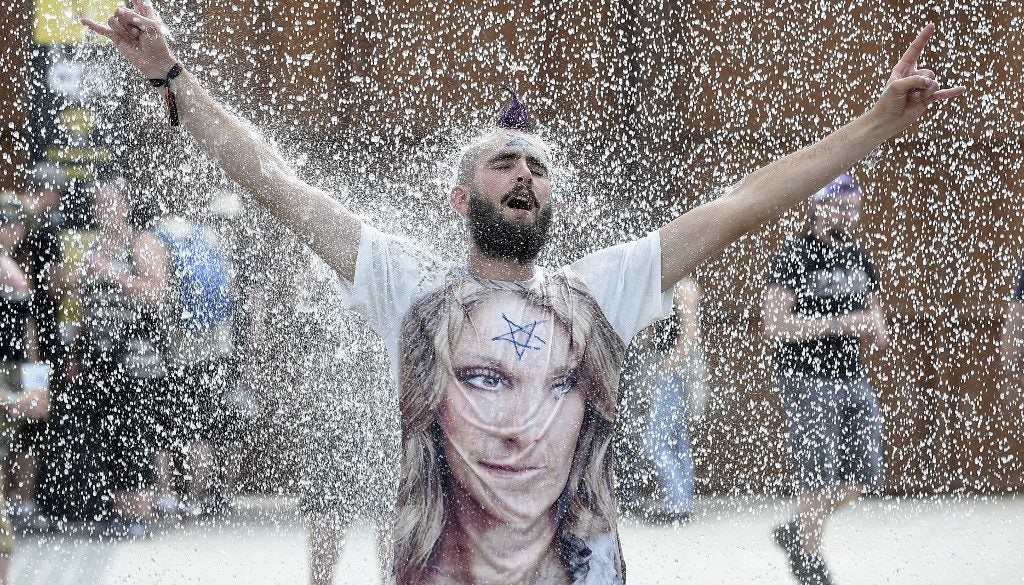 A festvial-goer walks in a curtain of water during the 14th edition of the Hellfest metal music festival in Clisson, western France, on June 21, 2019. (Photo by Sebastien SALOM-GOMIS / AFP)

IN PHOTOS: The sound and the fury at Hellfest 2019

Tens of thousands of rock fans gathered this weekend for the 14th edition of the Hellfest rock festival in Clisson, western France, which included the last French appearance of with veteran rockers Kiss.

Accompanying them were a range of lesser-known acts blasting out everything from punk rock to thrash-, death- and straight-ahead heavy metal.

Fans made their contribution to the atmosphere with a range of outrageous costumes to rival those of the performers on stage.

Organisers say around 60,000 attended the three-day event, which ended on Sunday, many of them camping at a nearby site before spending the day moving between the venue’s six stages.

As well as the big names from the United States and Europe, Japanese rockers Envy made it over and a string of French acts also performed.

Kiss, whose trademark look includes the performers’ painted faces, were playing their last-ever concert in France as they complete a farewell tour after 50 years in the business.

Not far behind them came US thrash metal specialists Slayer, who are also winding up their careers after 40 years on the road.

No festival would be complete without a no-show and mutual recriminations.

This time it was Manowar, another rock group on a farewell tour, who pulled out of their scheduled appearance Friday.

The band and the festival organisers each issued statements insisting it was out of their hands and pointing the finger at each other.

Swedish rockers Sabaton stepped in to fill the gap.

The Eagles of Death Metal, the band that was playing the Bataclan concert venue in Paris in November 2015 when jihadists launched a deadly attack there, also played Hellfest this year.

For a while the band was not welcome in France after lead singer Jesse Hughes suggested in an interview that Muslim staff at the venue might have cooperated with the attackers — remarks for which he subsequently apologised.

Grammy award-winning US rock band Tool were due to close out the festival Sunday evening.