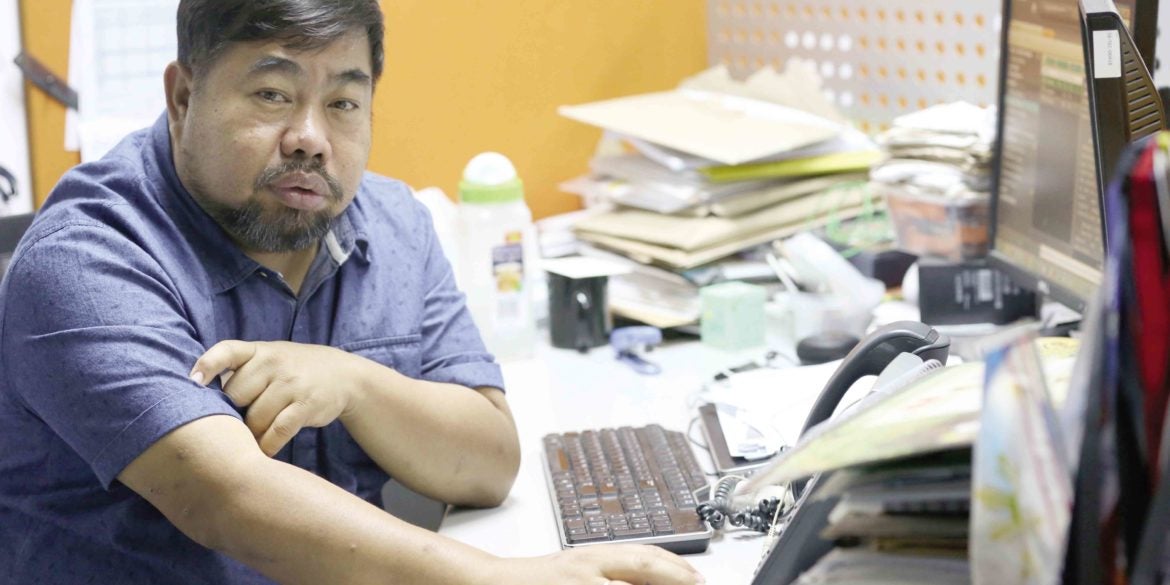 Manny Mogato, winner of the 2018 Pulitzer Prize for International Reporting, is proud that he came from a poor family and succeeded through hard work, perseverance and patience.

He’s particularly fond of the years he spent taking up mass communications at the Pamantasan ng Lungsod ng Maynila (PLM).

PLM, a chartered institution created by Congress through Republic Act 4196 and approved June 19, 1965 by then President Diosdado Macapagal, is the first tuition-free college in the country. It opened July 17, 1967.

PLM is known for its stringent admissions test.

Mogato, who attended PLM in 1979-85, says, “At the time, only Manila residents and top graduates from Manila’s public high schools were allowed to enter PLM. I graduated from the Victorino Mapa High School. In 1979, I had only two options—go to UP Los Baños or to PLM. I opted to go PLM because we had no money to pay for UP Los Baños or to private universities. Most of my high school classmates went to Polytechnic University of the Philippines (PUP), more known then as a business school.”

He points out that PLM was very competitive and the school administration had a tight rein on the students: “By the time I got to second year, the mass communications program was reduced to one section from two, because many students failed and got kicked out, or were transferred to other programs.

Yet, for many years, PLM had been besieged by problems.

“It was a mess!” says Lenny de Jesus, who assumed the PLM presidency in September 2014 after then Manila Mayor Joseph Estrada asked if she can help fix the school’s troubles.

“Offices were operating in ‘silos’ (departments not sharing information),” she explains. “There was no documentation and ownership of processes. Huge funds were kept in the bank, but capital outlay projects were hardly moving. Financial reporting was a nightmare. Physical facilities were
deteriorating—stinking toilets, dirty campus, poor lighting and ventilation in offices and classrooms, and an unsanitary university canteen. Unserviceable items and equipment were all over the place.”

But now she has good news. For the first time in PLM’s history, the Commission on Audit (COA) rendered an “unqualified opinion” in its annual audit report on PLM for 2018.

“An unqualified opinion,” she says, “means that PLM’s financial statements are fairly stated and that they conform with the Philippine Public Sector Accounting Standards (PPSAS), the International Financial Reporting Standards (IFRS), and the Generally Accepted Accounting Principles (GAAP), without any material misstatements or hidden important facts.”

She says: “Finding the right mix of execom members who will function productively as a team was a big challenge. New strategies and instructions from the execom were tough. People on the ground resisted radical changes in the way they worked. They seemed to be indifferent to new initiatives.”

She adds: “I made sure that everyone’s opinion among the BOR was heard and respected. Matters endorsed to the BOR for deliberation and approval were well-processed by the management team, eliminating potential issues that can sow disagreement among the regents.”

In 2011, Mogato, who, by then, had become a veteran journalist, started teaching basic newswriting, features, editorial writing and investigative journalism part-time at PLM.

“It was a way of giving back to my university and I’m glad some of my students went into media work in the newspapers and a radio station, because most PLM graduates tend to go into PR, advertising and government service.”

What’s the greatest thing he learned from PLM?

“I learned to be resourceful, innovative and creative to meet school requirements,” he says. “PLM students are studious and practical, and they have lesser time to have fun and bum around. They know that the only way for them to rise from poverty is through education and to be hired immediately after graduation.”

De Jesus, for her part, says she’s glad to have helped PLM maintain a reputation as “one of the top performing schools in the country in terms of the performance of its graduates in various licensure examinations, and the employability of its graduates.”

The PLM website says that “based on the reports of the Commission on Higher Education (CHED) and the Professional Regulations Commission (PRC), PLM ranks among the country’s top five schools, and is one among only three public universities in the top 10 category.”