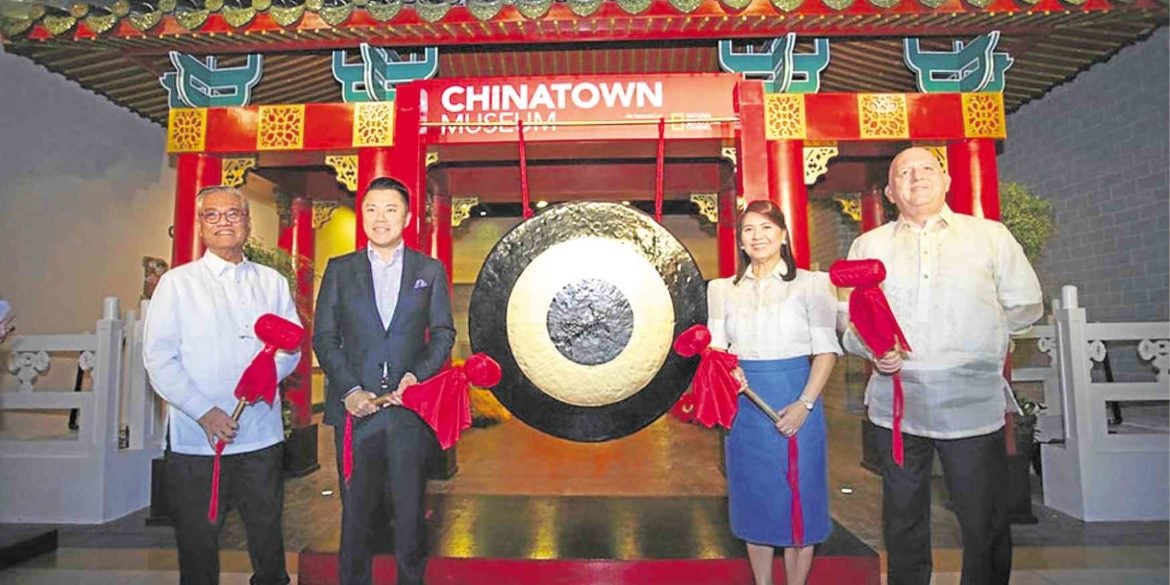 World’s oldest Chinatown gets its own ‘Instagrammable’ museum

Binondo’s long, colorful history is presented as interactive ‘edu-tainment’ to appeal to the young

Township developer Megaworld recently opened its second museum in Binondo, Manila. The Chinatown Museum is dedicated to the “World’s Oldest Chinatown,” and is located at the fourth level of Lucky Chinatown.

“It has always been our goal to integrate arts, culture, history and heritage in the overall character of our developments,” Tan said.

“With Lucky Chinatown at the center of a community characterized by its rich history, we wanted to extend this passion for arts and culture to the mall experience, and eventually boost tourism in this part of Manila,” he added.

The Chinatown Museum’s 18 galleries focus on various events and notable locations in the district’s long and storied history, from the establishment of Christianized Chinese in the district to the glory days of downtown Escolta.

The museum also features the local goods that were traded in Binondo. The Esteros de
Binondo section shows how
Binondo is connected to the Pasig River and Manila Bay. From these waterways or estuaries, boats from the provinces would bring bananas, coconuts, lumber and other local items. There were textiles on display, woven baskets, hats, fans and other native creations.

From Binondo, local goods would then be traded to merchants from provinces and abroad. Binondo was one of the first truly global cities.

The museum also has a collection of newspaper clippings, postage stamps, vintage advertisements and reproductions of old Philippine currencies.

When one thinks of Binondo, food is always present. The museum has several sections dedicated to the culinary history of Chinatown. There’s an old-style Chinese panciteria with replicas of favorite fare like noodles, dim sum and Peking duck, among others.

There’s also a panaderia, and an excellent recreation of an apothecary shop. The Botica de San Fernando is filled with real vintage items like weighing scales, glass bottles and brass urns. Museum-goers can open old-style medicine cabinets and smell the actual herbs, and spices used in medicinal concoctions and curatives before the advent of modern medicine.

A section of the museum shows the role of Binondo locals in the Philippine Revolution. Based on research, Binondo businessmen like Roman T. Ongpin were major financiers of the Katipunan, said museum curator Janine Cabato.

There are also images and clippings from Ang Kalayaan, La Solidaridad, as well as international newspapers like the Petit Fraçaise Illustré.

At the center of the museum is a scale model of a tranvia, the old electric street car that connected Malate and Intramuros with Tondo and Sampaloc.

“These are the highlights of Binondo’s long history,” Cabato said. “It’s more ‘edu-tainment.’ We recognize that for the museum to grow and become popular, we need to focus not only on education and knowledge, but on how ‘Instagrammable’ it is.

“We made sure the exhibits were educational but you could also sit down, take a selfie and interact with the gallery,” she added.

Fernando Zialcita, professor of anthropology at the Ateneo de Manila University and chief consultant of the Chinatown Museum, explained how district museums are important, especially for the education of today’s youth.

“We need museums like this because people need to know how things began, the achievements of the district, who were the people who lived here before. These things will give the young a stronger sense of urban pride,” Zialcita said.

“We researched for four years, going through magazines, journals and other records at the Ateneo. We also went through the digital library of the Biblioteca Nacional de España,” he added.

Zialcita said not many people know that Binondo was once a very colorful town, its buildings painted in different lively colors. “Our impression of Binondo is this drab place with low-rise buildings, but this is because most of our photos taken then are in sepia or black
and white,” he pointed out.—CONTRIBUTED

The Chinatown Museum is connected to Lucky Chinatown via a bridgeway on the fourth level. The museum is open Tuesdays to Sundays, 10 a.m.-6 p.m. Admission is P150 for adults, P120 for senior citizens and P100 for students. Kids below four feet enter free of charge.