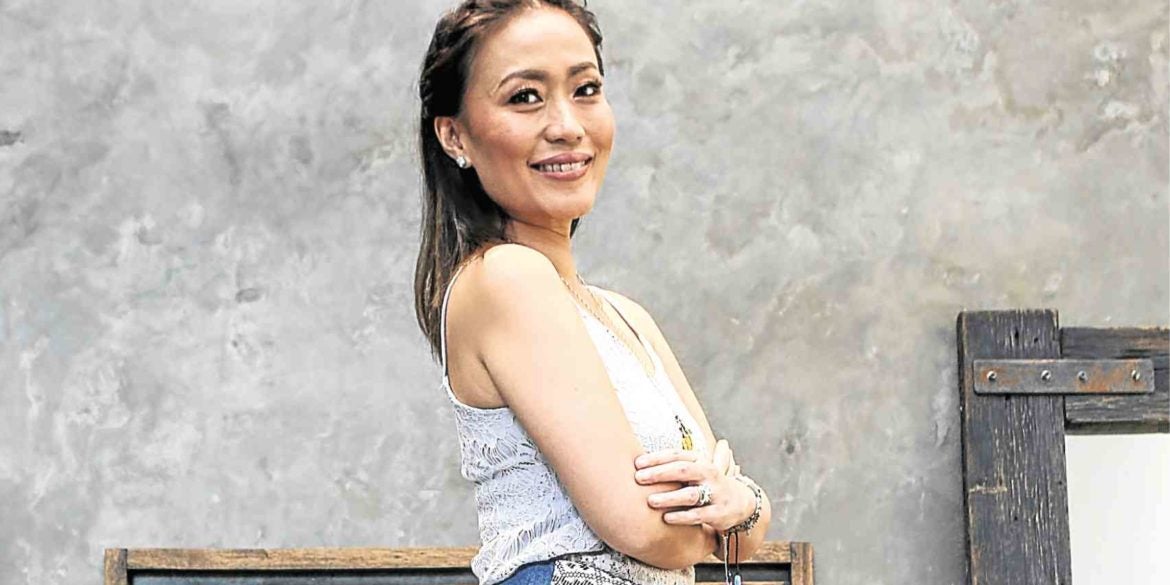 Marga Nograles: Helping women, one beaded jacket at a time

Instead of a donation, she gave beaders and weavers a livelihood—and the brand Kaayo is now a style must-have

It started with a jacket, and a desire to help a mother struggling to make ends meet. As the wife of Karlo Nograles, the former Davao City congressman and now Cabinet Secretary, Marga Montemayor Nograles would often be approached by his constituents.

“They would come to my office in Davao, asking for help to pay their bills. One of them, a woman named Elena, used to ask my mother for help for herself and her daughter,” Nograles said.

“I knew that she came from the T’boli tribe, so instead of just handing her a  donation, I asked her to make some beaded jackets. Women who saw me wearing them asked if they could also have one made.”

Orders started to come in. The jackets were a hit, but customers suggested that she have them made using better fabrics. Nograles tapped a tailoring shop in Davao that was about to go out of business, commissioning them to make the jackets and then sending them to Elena in Lake Sebu, who beaded them in her inimitable way.

“That’s basically how I started Kaayo Modern Mindanao. I wanted to help these women so they could augment their families’ income,” Nograles said. She began joining the big bazaars, chiefly ArteFino and Katutubo, where her pieces were quickly snapped up.

“There are so many people working with the different tribes, offering similar pieces in the bazaars, but I try not to keep tabs on what they’re doing. Instead, I push forward and try to come up with new designs.”

Earlier this week, Lifestyle visited Nograles in the cozy Quezon City townhouse she shares with her husband and their three school-aged kids. “We used to live in Davao but we moved here,” she said.

Paintings by Cacnio, Imao, Manansala, Baldemor and Luz were displayed on walls or propped up on ledges. On the piano were several framed family photos.

She then brought out lengths of patterned fabrics from Ilocos and Mindanao, still to be cut and fashioned into strips, panels and tiers for her wearable pieces.

“Kaayo, which means ‘goodness’ or ‘kindness’ in Bisaya, is really about collaborations, working with the tribes and with other people,” Nograles said.

She changed into a tiered denim skirt, the flounced panels in front made from two inabel patterns from Ilocos. “Originally, it didn’t have any piping but the edges tended to fray. Now, with the white piping, it looks neater, more finished.”

In between showing off more designs—a violet tank with T’boli beading paired with pink wide-leg pants, and a sleeveless column dress with one white strip of beading running from armhole to hem like a racer stripe—she entertained her children’s questions and oversaw pick-up for an order from Tourism Secretary Berna Romulo Puyat, a friend and longtime client.

For the shoot, Nograles wore a pair of sandals with t’nalak-printed heels, a collaboration with Stella Quimbo of Marikina. “These customizable shoes will be available at the Kaayo pop-up store that opens July 3 at SM Aura Premier. Clients can pick from ready-made pairs or choose the leather and t’nalak print.”

Two years and almost 20,000 Instagram followers later, Kaayo now has a pop-up store that will be open for three months only. The business grew because of Instagram but with a brick-and-mortar store, customers can see, feel and fit the products. Since quantities are limited—usually 10 pieces per size—Nograles said, “If you see something you like, you should consider getting it immediately. These pieces are handmade and original, and many come with a story.

“Whenever I encounter challenges like late deliveries, I always remind myself why I started Kaayo in the first place: to help women and their families.”