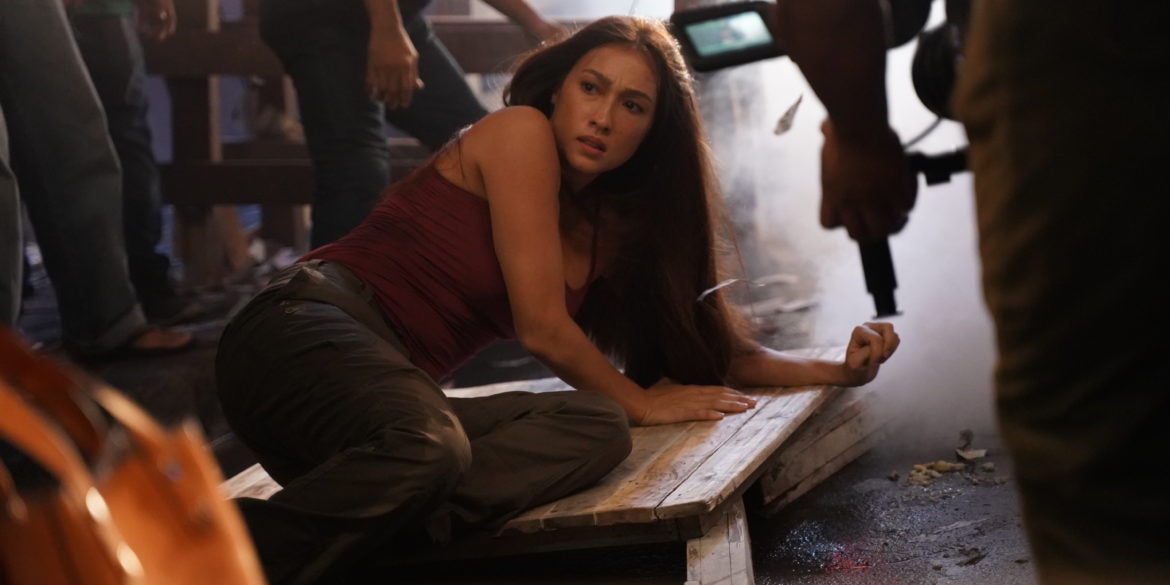 A new action star is born in a recently released video featuring Solenn Heussaff in her “bravest, grittiest, what the F-est” performance yet. Solenn proves once again that she’s not just the “it girl” we know, but also a badass woman who knows how to put up a good fight.

The new action thriller video is taking the internet by storm as Solenn displays her martial arts prowess and everyone is in awe at how good she is in the fight scenes. People commended Solenn’s stunts in the video and said that she can pass as a new female superhero character. Even her husband Nico Bolzico is amazed by his “wifezilla” and commented “Ok, I am dead.” when Solenn shared a teaser of the video on Instagram.

In the video, Solenn fights an unseen villain–a dark, smelly and smoky presence–threatening to take her into its grip as it possesses her shiny, fresh flowing hair with its bad odors. Channeling her inner Wonder Woman, Solenn uses a wok and mop as she fearlessly engages the enemy in a furious battle to protect herself against her monstrous possessed hair.

But no amount of thrown kicks and punches can defeat the noxious enemy and save Solenn from a bad hair day–until she uses her secret weapon, a bottle of Vitress Hair Freshener. With just one spray onto her hair, the monstrous hair possessed with bad odors is tamed as it comes into contact with Vitress Hair Freshener. Solenn is left with a shiny, fresh-looking hair as if she just came out of a salon!

“We want to show something different. Solenn’s action film debut beautifully captures how Vitress Hair Freshener can fight bad odors that we’re often exposed to and keep it smelling fresh all day long. Unlike the glamorous hair ads, Vitress Hair Fresher opted for an action film to demonstrate its power in quashing hair odor giving you that instant shine and freshness,” says Pam Sulit, Vitress VP for Marketing and Brand Development. 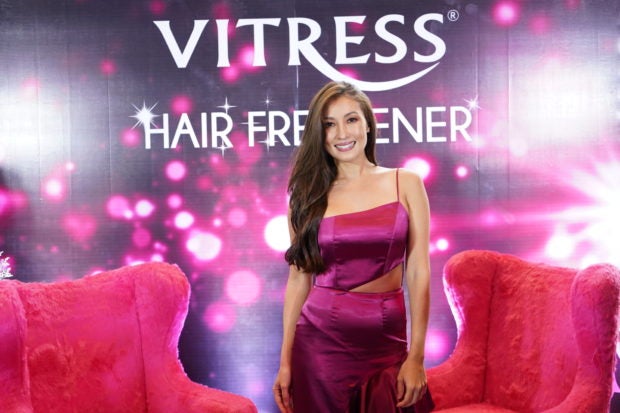 Solenn may be the star of the video with her superb performance, but for her, Vitress Hair Freshener is truly the hero of the story.

“Vitress Hair Freshener is my lifesaver. I have one in every bag. It knocks off awful smells like smoke or sweat especially during tapings when I’m under the sun. It’s a quick fix with long-lasting results,” says Solenn.

Just like Solenn, many Filipinas still struggle to fight bad hair days and keep their hair shiny and fresh all day. With Vitress Hair Freshener, anyone can ensure stress-free hair days and combat unwanted odors.

Transform dull and smelly hair into shiny, fresh hair with this lightly scented spray-on product for the hair which effectively fights the smell that sticks to one’s hair, including the smell of food, cigarette smoke, vehicle emissions, and sweat. Vitress Hair Freshener deodorizes bad smells with its encapsulated InstaFresh technology that releases a fresh, fragrant, and long-lasting scent–leaving your hair smelling fresh all day long.

Watch the full action-packed film and see how Solenn takes down the enemy!

Check out Vitress’ official Facebook and Youtube pages for real action and to know how your hair can brave any day with Vitress Hair Freshener and achieve #ShinyFreshHair anytime, anywhere.