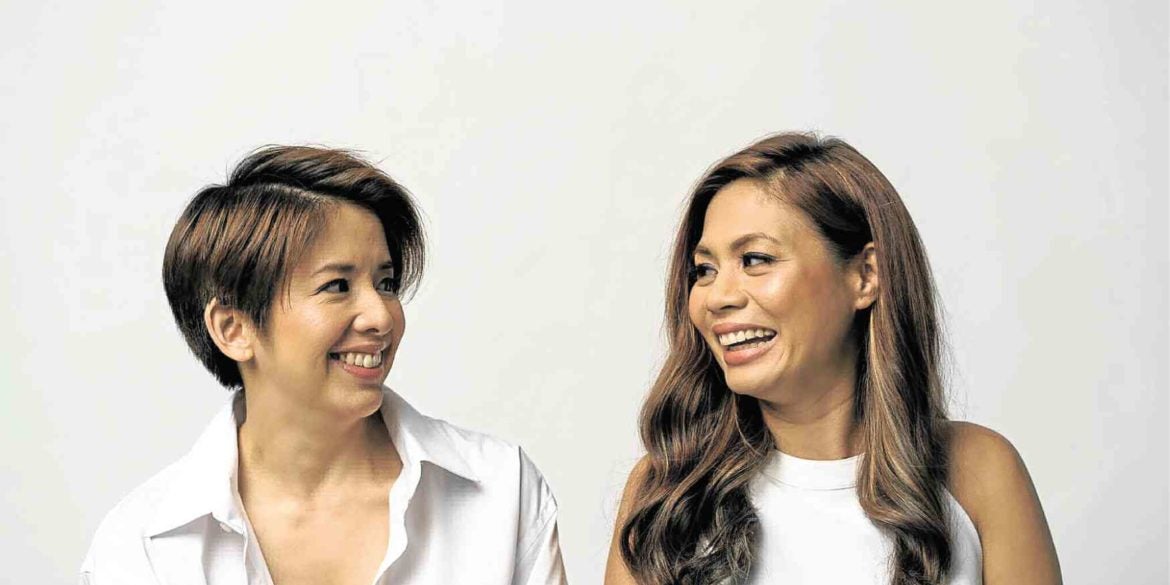 Their personal lives will help define their characters in the play

Explaining why her play “Stop Kiss” remains relevant after its 1998 off-Broadway debut, American playwright Diana Son was quoted: “Because unquestionably the last beat of the play is, love wins.”

A story of unexpected romance between two female friends and the violence they encounter, “Stop Kiss”—first staged in Manila in 2003 by the New Voice Company (NVC)—returns for a limited run July 12-14 and 19-21 at the Power Mac Center Spotlight, Circuit Makati.

The two Filipino actresses who played the lead characters in the NVC production are back, though this time they are switching roles: Missy Maramara now plays the shy traffic reporter Callie, while Jenny Jamora is the more assertive teacher Sara.

Not surprisingly, Maramara and Jamora bring a wealth of experience—professional and personal—into their characters.

Almost 20 years ago, both started acting onstage, mostly in NVC productions, before joining other professional and university theater groups.

Things have also changed in their personal lives. Jamora is in a relationship with actor Brian Sy. Maramara, who used to date men, is now in a lesbian relationship.

Maramara says that the restaging of “Stop Kiss” was her idea, a way of giving back to NVC artistic director Monique Wilson who gave her and Jamora “a big break and took a huge risk” in casting them in 2003.

“We were just swings in ‘The Vagina Monologues,’” says Maramara, referring to NVC’s long-running production on feminine sexuality.

She pitched “Stop Kiss” to up-and-coming theater company Positive Space, which is now producing it with NVC and MusicArtes Inc.

Maramara hopes that “Stop Kiss” will help others who are in search of their sexual identity, just like she was. The play taught her that “love is love is love. I want them to be comfortable with their sexuality, whatever it is. The journey of coming to terms with one’s sexuality is hard. I struggled with the concept that I liked dating men and women.”

Sometimes, liberation comes with an act of courage. Maramara’s own father had no problems with her playing an in-the-closet lesbian. Coming out in real life, however, was another matter.

She was trying to see whether or not he could accept her as one, then came a two-hour sermon—a “love letter written in longhand” turned the situation around.

“He said that he was okay with it as long as I’m happy,” Maramara recalls. “Ever since then, he and my family have been supportive as long as I’m in a healthy relationship.”

Helping her character is the more pragmatic and outspoken Sara who matter-of-factly accepts the shift in the dynamics of their friendship, and fights for it.

Jamora’s personal growth and being in a relationship could come in handy as she tackles her role. She says, “I know now what it’s like to really fall in love and give your life to someone.”

Things were different for Jamora when she did “Stop Kiss” in 2003. She now admits, “I did not experience romantic love back then, and falling in love was just in my imagination.”

The lessons Maramara and Jamora learned in their own individual lives could result in better fleshed-out characters a new and younger audience can relate to.

Maramara says, “What we bring in now is a fuller understanding of the journey and the characters. Choice is hard—it’s not easy to come to terms with yourself and confront society. What I love about this play is that it makes the people, who just want to love, okay with just loving.” —CONTRIBUTED