Why ‘Beautiful’ was/is a nice place to be | Lifestyle.INQ ❮ ❯ 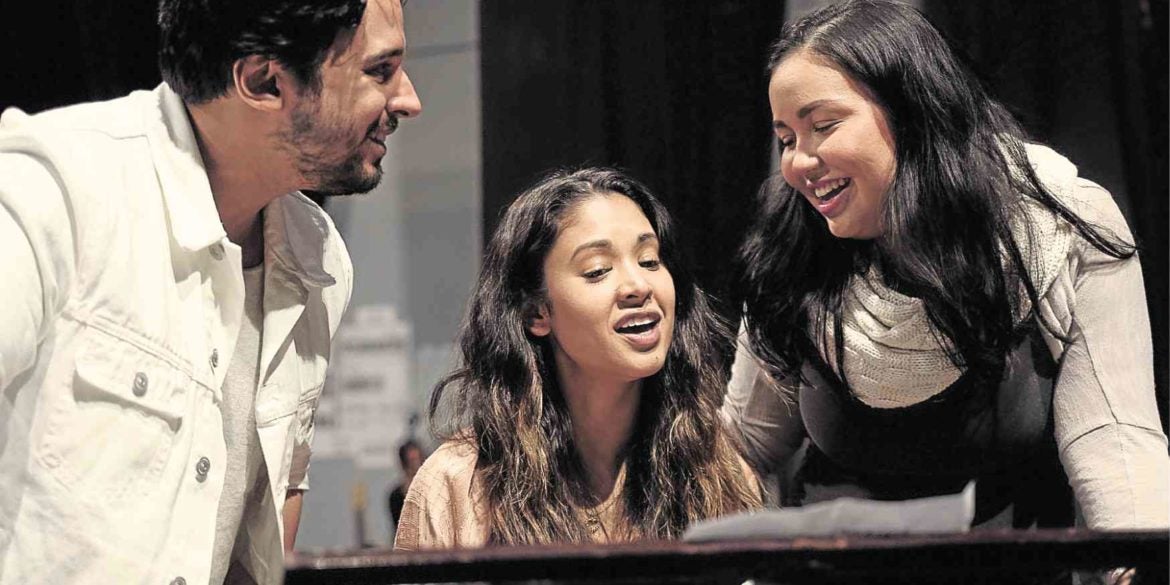 Why ‘Beautiful’ was/is a nice place to be

The bond between music and memory is a powerful one.

Atlantis Theatrical Entertainment Group’s production of “Beautiful: The Carole King Musical” succeeds largely because the musical itself takes you into an era, a niche, and closes in on a demographic that few have claimed for musicals: the Baby Boomer generation and the American songwriting industry in the 20th century.

It was always about a catalog of songs in a play that we remember most, but hardly ever the songwriter.

A Boomer generation that lived through major, culturally interrelated social upheavals, worked and raised families, also lived through psychedelia, global politics, protests, and pot. There were just too many things happening. It’s this generation that can now sit back and relive those memories through songs.

Only now, the difference is, the same generation is watching how the songs were made. There’s that realization of how their own life journeys shared some parallel lines with the prolific songwriter-singer Carole King.

Listen with our hearts

Aside from trying to find ourselves, life and its turns happened. Then, we listened with our ears. “Beautiful” comes at a time when we can now listen to the music with our hearts.

The audience watches oral history through some of the most evocative hit songs by the most successful songwriter-singer of that time. Did we know that King and her then songwriter husband Gerry Goffin’s earliest songs were sung by others? For instance, “Will You Love Me Tomorrow” was first recorded by The Shirelles, and “You Make Me Feel Like A Natural Woman,” by Aretha Franklin.

The audience watches musical genre transformations happen onstage through a change of clothing styles. A wholesome teenager playing the piano, wearing ’50s-style separates, changes into cigarette pants and sweaters heralding the soul and funk era. As the play dresses the decades, the cast appears in the second act: flower children in the vibrant-colored flared jeans and fringed vests of the ’60s, signaling big changes in the artist’s life.

In the late ’60s, King leaves her first marriage behind and moves to California to start singing her own songs and record an album.

Voice of a generation

“Tapestry” sold over 25 million copies worldwide, giving a voice to a generation of women forging their own lives and identities. It was 1971 and she had written songs crafted from her life into a tapestry. The album and its iconic cover rocked!

Young and carefree in Tokyo, I bought the record with the little money I had left, two days before going back to Manila. The Tower Records store was conveniently beside the hotel I was staying in. I couldn’t resist—posters of King and her cat named Telemachus, her natural curly hair, her bell-bottom jeans.

The songs from the album were playing everywhere I went, the powerful, mean bassline of “I Feel the Earth Move” gave it so much collective energy. It seemed like the rest of the world just couldn’t get enough of her.

Two hours and a half for a musical was just right to portray those early, developmental years in a musical prodigy’s life. Natural, no high drama, simple yet moving. Much has been written about her now: books, glowing tributes, Grammys, Rock and Roll Hall of Fame, Carnegie Hall performance, etc. Enough said.

It was always the songs and never the songwriter.

In “Beautiful,” action is not set to song like other musicals. The play was entertaining because here was the story behind the music.

The Manila production of “Beautiful” by Atlantis—with Kayla Rivera as Carole King, Nick Varricchio as Gerry Goffin—is more than just pop feel-good nostalgia for Boomers. It was/is a nice place to be. Director Bobby Garcia held each of us mentally, going over our own personal reveries with each song, then plucked us out of our seats in the end with the song “I Feel the Earth Move” coming to life onstage. —CONTRIBUTED