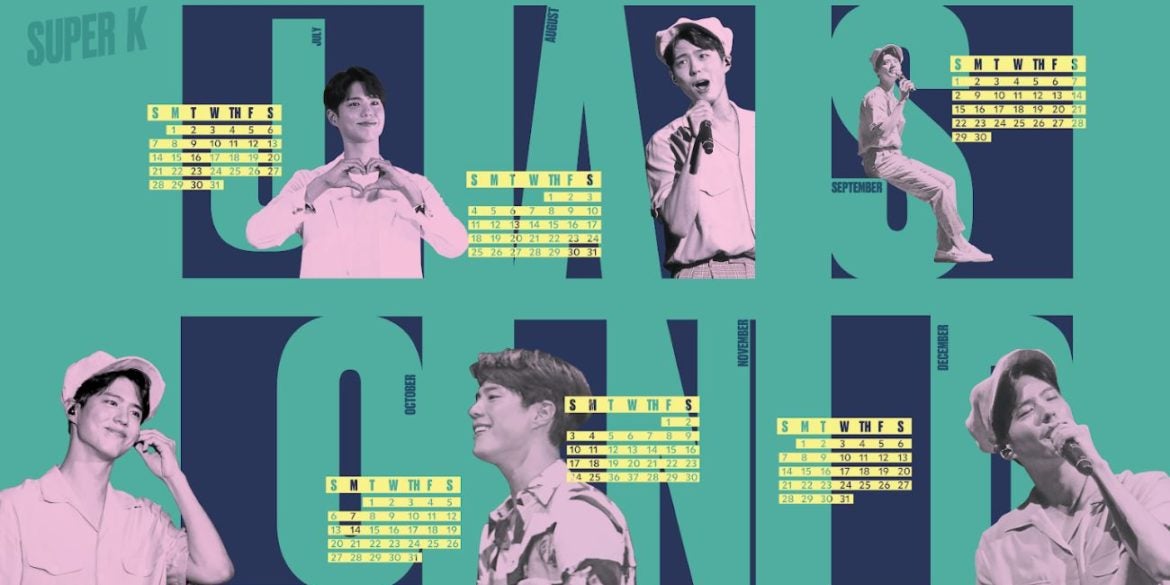 The curious case of the multi-talented Park Bo-gum

The recent fan meeting of South Korean superstar Park Bo-gum showed that he is a total package—that he can act, sing, dance, play the piano and rap

Park Bo-gum’s fans experienced what it’s like to have a relationship with him for three hours. It started when he confessed his love for them through a song. He stepped onto the stage looking every inch a suitor in his coat and tie. He sang the words to Day6’s “I Like You.”

“Nice to meet you. I am your boyfriend from Korea, Park Bo-gum,” he said in Korean. The introduction was met with deafening screams from the crowd.

Those were the few moments when he spoke in his native tongue. He spoke in English for the majority of the night, including his banter with TV host and actress Anne Curtis.

Bo-gum interacted with the fans on the first segment of the show. Read about it in the article on Inquirer.net, “Park Bo-gum exceeds expectations in Manila fan meet.”

Manila was the last stop for his Asia Tour, “May Every Day Be a Good Day,” held last June 22 at the Mall of Asia Arena. It was produced by Ovation Productions and ABS-CBN Events in partnership with Blossom Entertainment and presented by TNT.

The actor became a household name after the dramas “Reply 1988” and “Love in the Moonlight.” His recent drama, “Encounter,” sealed his status as one of the most talented young actors to date.

Aside from his acting, there are other reasons to stan him. For one, he’s easy on the eyes. You can just watch any gif of his and feel happy about it. He is also “Hallyuwood’s” nicest guy.

The question at the beginning was, how will that niceness transcend the screen and into a live performance? This is what makes Bo-gum a cut above the rest. Last Sunday was more than a showcase of his talents. He offered every bit of himself to his fans.

On the second part of the show, he came out on the lower box section of the Arena. It allowed the fans seated in that area to see him up close. In his white beret, light pink polo shirt and plaid pants, he sang his single “Let’s Go See the Stars.”

He walked to the stage to sing IU’s “Through the Night.” Through the song, Bo-gum was virtually holding the hands of the fans to celebrate his love for them. He followed it up with Baek A-yeon’s “Always Be with You.”

“Do you guys know this song,” he asked on the first note of his song, “My Dearest.” Fans answered by screaming. “You guys sing along with me. It’s your turn now.”

He took his earpiece off, pointed the microphone to the crowd and listened to them sing. The fans delivered as they sang the first stanza of the “Love in the Moonlight” OST. He thanked them before he took over.

He exited the stage and the show could’ve ended right there. But he returned. He came back in black and white floral-printed shirt and white pants.

The third set opened with a mix of Cho Yong-pil’s “Bounce” and JYP’s “Honey.” The songs were rearranged to give a disco beat. Bo-gum was dancing, bouncing and conga-lining with his dancers. It looks spontaneous that it seemed he was just having fun.

“This is the part where you stand,” he told the fans. They obliged and stood up and danced with him. He also sang B1A4 Sandeul’s “Swallowing my Heart.” Then, he proceeded to show a bit of rapping skills with Psy’s “Entertainer.”

He slowed it down with Infinite Challenge’s “Here We Are.” When the line came where the crowd sang “Gwaenchana, jalhaeyon geoya. (It’s all right, you are doing fine),” Bo-gum responded with a “thank you” so sincere that it felt like it was what he was waiting to hear the entire night. It’s as if the crowd was lifting him up as much as he was lifting them up.

He sang in Filipino

“Thank you so much for spending your time, your so precious time with me. So I prepared a new event. I will sing a very short song. So please sing it with me,” he said. He shushes the crowd before he sings a verse to Daniel Padilla’s “Nasa Iyo Na Ang Lahat” in Filipino. Everyone sang it proudly with him.

He walked to the back of the stage where a grand piano waited. The background changed into cherry blossoms with stars falling from the sky. He sat and played “I Will Be Here” by Steven Curtis Chapman and covered by Gary Valenciano. LED candles were lit and raised in the air as part of the fan project of the Park Bo-gum Philippines.

Ever the king of fan service, he danced to the song “Bombastic” to humor the crowd who requested it from him. His rapping skills were the highlight in the number “One Candle.” The song was performed by several K-pop artists in the 2016 KBS Song Festival.

The lights went out. The crowd chanted his name to call him back. He did. Everybody just went wild for encore. He danced to a series of popular K-pop songs like Twice’s “What is Love?” and “Seventeen’s “Pretty U.” Only for the Manila leg, he performed BTS’ “Boy With Luv.” The number ended with Brown Eyed Girls Gain’s “Must Have Love.”

If fans were wondering why the last song sounds so cheerful, it is because it’s originally a Christmas song. While “Must Have Love” was playing in the background, Bo-gum gave away 200 signed balls to his fans.

“Am I good at dancing?” he asked his fans. When the crowd shouted “yes,” he laughed. “I am not good at dancing yet. Actually, Taetae helped me with this. I learned a lot from our dance teacher, Taehyung in Busan.”

He was referring to his good friend BTS’ V. They spent some time together in Busan the week before Bo-gum flew to Manila.

For his final song, he sang “Blessing.” He was sweaty from all the dancing but that did not stop him from blowing kisses to fans. In between verses, he thanked his fans in the Arena in Chinese, Japanese, Bahasa, Korean and Filipino.

“Bless you all! Salamat! Thank you for making good memories together” he said as he blew everyone a kiss. He ran to all corners of the stage to say thank you again to all the fans.

The last thing seen on the screen read: “Bless you all and I wish you all the best in the future.”

That was three hours of performance. Dancing, singing, rapping, playing the piano and doing aegyos. And because he is Park Bo-gum and he does all things with joy in his heart, he gave everyone a Hi-Touch. Everyone.

All guests were escorted backstage where he was waiting to give a forceful high five and say, ““Have a good day” to everyone.

Koreans love the word “healing.” They use it when they experience something that recharges their spirit. Bo-gum’s fan meet felt just like that. It was three hours of fan meet slash concert slash healing. You go home feeling good about yourself and brimming with positivity. Perhaps, that is what they call the “Bo-gum Magic.”

Each guest was also handed an envelope—inside was a love letter from Bo-gum.