‘My Songs’ on tour: Why Sting is playing Oct. 2 at the Big Dome | Inquirer Lifestyle ❮ ❯ 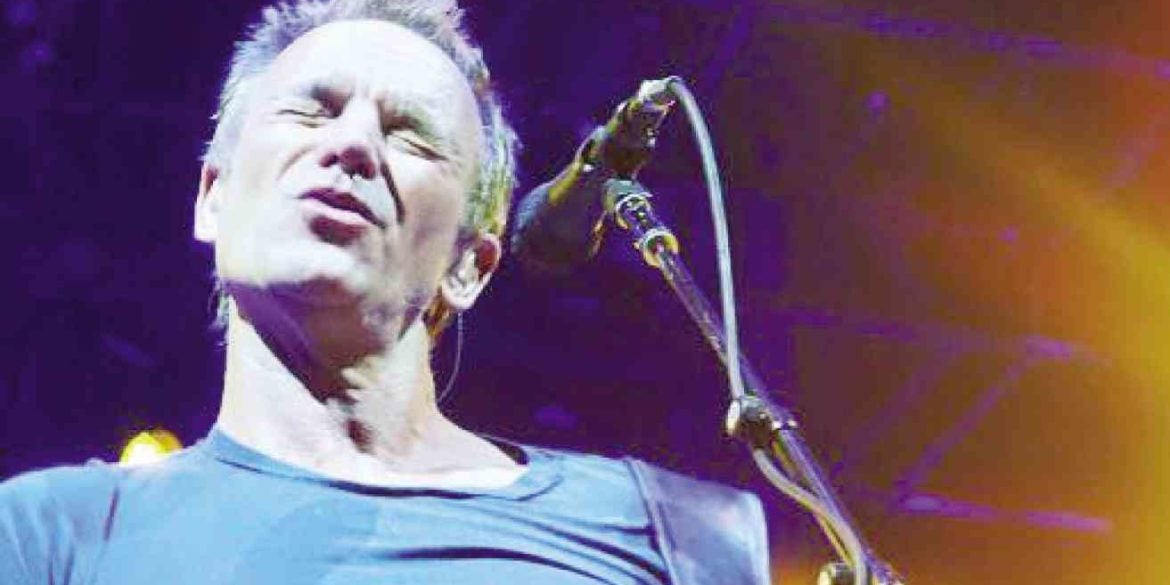 ‘My Songs’ on tour: Why Sting is playing Oct. 2 at the Big Dome

The last time Sting played in Manila, he was a special guest at Chris Botti’s concert on March 3, 2016 at Marriott Hotel. But Botti, after a few numbers, stepped aside and let Sting delight the audience with hit after hit from past Police albums as well as from his solo recordings.

Ovation Productions boss Renen de Guia has announced that Sting will return for a full concert on Oct. 2 at Smart Araneta Coliseum.

The Manila date is part of Sting’s current tour, which opened in France, in support of a newly released album, “My Songs.”

The album is a collection of new versions of 15 songs he had written and recorded with The Police and from his solo albums.

On his social media pages, Sting described “My Songs” as “reconstructed, refitted and re-framed, all of them with a contemporary focus.”

The 15 songs, which are expected to be played in his Manila show, include “Brand New Day,” “Desert Rose,” “If You Love Somebody, Set Them Free,” “Every Breath You Take,” “Demolition Man,” “Can’t Stand Losing You,” “Fields of Gold,” “So Lonely,” “Shape of My Heart,” “Message in a Bottle,” “Fragile,” “Walking on the Moon,” “Englishman in New York,” “If I Ever Lose My Faith in You” and “Roxanne.”

At 67, Sting has a lean physique that makes him look younger than his age.

Tickets to the Oct. 2 concert go on sale July 3.

I have yet to see it, but from the positive reviews, “Beautiful: The Carole King Musical” is worth watching—if only to be reminded of the body of work that King, a Rock and Roll Hall of Fame inductee, created with her ex-husband, lyricist Gerry Goffin.

“Beautiful,” written by Douglas McGrath and winner of several Tony, Drama Desk, and Grammy awards, is a flashback to King’s roots as an aspiring teenage pop composer, her tempestuous marriage to Goffin, and her rise to stardom with the album “Tapestry.”