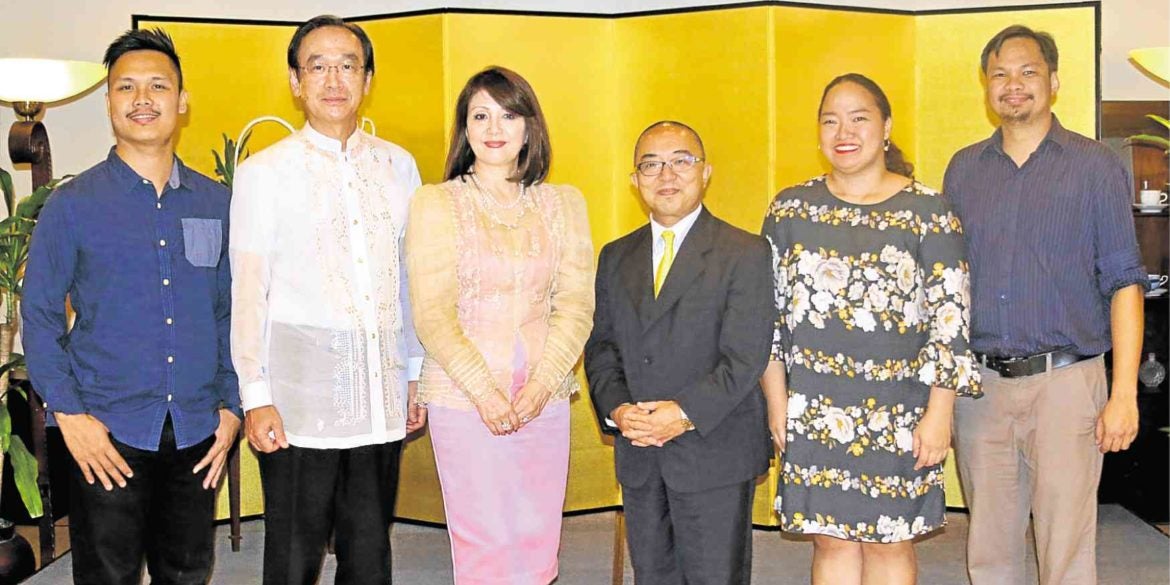 MSO’s David Tagala, Sara Maria Gonzales and John Paul Bermudez,who are among the 14 Filipinos performing in Tokyo, with Ambassador Koji Haneda and wife Ihoko and JFM director Hiroaki Uesugi (2nd, 3rd and 4th from left, respectively) during a send-off reception for the musicians —PHOTO BY ROLANDO SAMSON

An unprecedented gathering of some 80 Southeast Asian (SEA) musicians from key orchestras of the region and their Japanese counterparts will take place tonight, July 1, at the Tokyo Metropolitan Theatre Concert Hall for the “Asia in Resonance 2019 Gala Concert.”

Concert master for the one-night-only spectacle is Ken-ichiro Kobayashi, a revered veteran orchestra conductor in Japan who has conducted in key European capitals and recorded with Canyon Classics and Octavia Records.

Before heading to Tokyo, the Philippine musicians were feted by Ambassador Koji Haneda and Japan Foundation Manila (JFM) director Hiroaki Uesugi at the former’s residence.

The concert in Tokyo is among the culminating events of the five-year cultural exchange initiative of the Japan Foundation Asia Center (JFAC) of the Japan government, said JFM assistant director Tomoko Nakamura and arts and culture program coordinator Szusza Velasco.

JFAC has fostered regional collaboration in arts, culture and Japanese studies, especially in Southeast Asia. Its projects go beyond those done by Japan Foundation, the Japanese cultural center that has a global network.

In music, Nakamura said, the standard practice is for Japanese soloists to perform and collaborate with orchestras and musicians from other countries. “It’s not mainly [about staging] a concert but about exchanging techniques and knowledge [among the artists],” she said.

Since it was established in 2014, JFAC has helped provide technical support for SEA orchestras. Its Orchestra Support Program, along with JFM, has in fact aided PPO and MSO in performance technique, maintenance of instruments and orchestra management.

That’s why “Resonance” in the concert’s title refers not only to the orchestral music that will fill the 2,000-seat Tokyo Metropolitan Theatre Concert Hall tonight—but also collaboration and synergy of efforts.