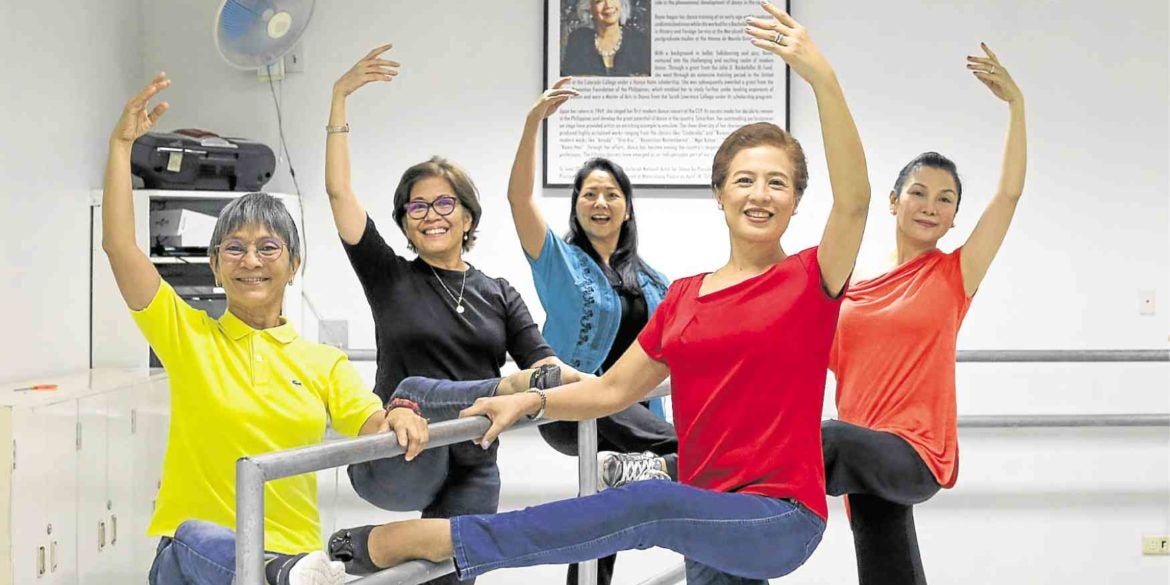 Ballet Philippines (BP) kicks off its 50th anniversary this year with the alumni homecoming program “[email protected]” this July.

Former dancers of the company are urged to participate in the homecoming events. On July 9, BP is hosting a merienda get-together at the Cultural Center of the Philippines (CCP) basement.

Gina Katigbak Garcia said her most memorable time in BP was dancing the principal role of the Sugar Plum Fairy in “The Nutcracker.” A VIP patron was mesmerized by her lyricism that he praised her after the gala. She likewise had the chance to dance her dream role as Giselle which tested her acting mettle.

Garcia has since raised a family; she occasionally holds ballet classes. “There were many facets of my self that I developed outside the dance halls.”

Garcia said BP taught her how to handle disappointments. “There are many things we think we deserve. Then again, there may be others who deserve it more. We just have to accept that. Professional heartaches and difficulties will be there, but how you will deal with it spells the difference between loving and disliking your work.”

Persady Sevidal worked hard to make choreographers notice her. She had wanted the Jar Girl solo in “La Bayadere,” a variation which required speedy pointe work, so she diligently studied the role. She got the role on third casting.

Life in BP was made fun by the camaraderie and the company tours. But it was also tough dealing with company politics. “There will be ups and downs, but when push comes to shove, do something,” she said.

Although Sevidal was at the peak of her career, she bravely left the company and set up her own school. Perry Sevidal Ballet, which is marking its 25th anniversary this year.

Zenaida Halili said on her first year with BP, she performed “Dance of the Cygnets” (dance of four little swans moving in unison) in the gala of “Swan Lake.”

“We had to be Girl Scouts at BP—always prepared,” said Halili.

After BP, Halili ventured into stocks and foreign exchange, but returned to the dance scene as director of BP’s education and community outreach.

BP has taught her to be uncompromising in standards. “It’s never puwede na iyan (that will do),” she said.

Imelda Tatad-Pagdanganan cherished the thrill of sharing the stage with world-famous guest artists. Today she raises a family and works with nongovernmental organizations.

Joanne Ko-dela Calzada’s landmark moment was not a dream role but becoming a born-again Christian. A group of Christian dancers had invited her to Bible study between rehearsals.

“That event transformed my perspective and has influenced my decisions to this day,” she said.

Now a homemaker, Dela Calzada works as a facilitator for the Masayang Pamilya parenting program.

She said she had always looked up to BP artistic director and National Artist Alice Reyes for her style and deportment. She looked elegant even if she wore jogging pants, De la Calzada said.

“The life lesson that I’ve brought (from BP) is that no matter how difficult a situation is, one should carry the self with grace,” she said.