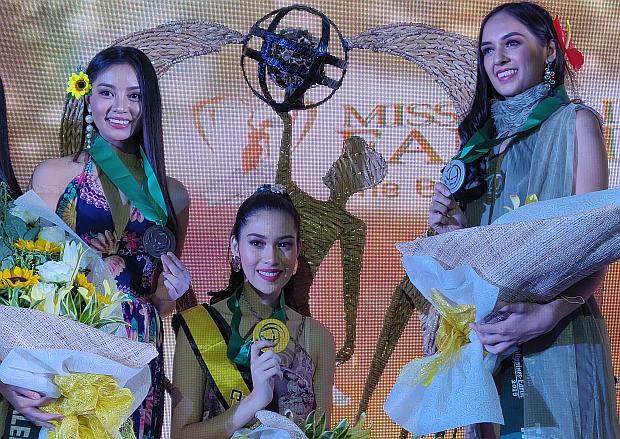 Fernandez, so far the most bemedaled of the 40 delegates this year, got her second gold in the competition held at the Matrix Creations in Quezon City on Friday night. She has earlier earned a gold in the Evening Gown Competition and garnered silver in both the poll for “Darling of the Press” and the Catwalk Challenge.

Fernandez was also proclaimed “Face of the Night” during Friday’s event.

Following Fernandez in the medal tally is Emily Marie Brumby from the town of Tanauan in the province of Leyte. She snagged a silver in the Beach Wear Competition and a bronze in the Catwalk Challenge.

Pasig City’s Janelle Tee trounced both Fernandez and Brumby in the Catwalk Challenge.

Tee, a former “Wowowee” host, was also proclaimed “Darling of the Crowd” and one of the 10 in contention for the Miss Connext title, announced during the Beach Wear Competition.

The 40 delegates have already undergone the preliminary judging for “Figure and Form,” and “Intelligence and Personality.” They will later be judged for the third and final criteria, which is for “Beauty of Face,” on July 2.

The 2019 Miss Philippines Earth finals will be staged at The Cove Manila at Okada Manila in Parañaque City on July 10, at 3 p.m., and will have a delayed telecast on ABS-CBN on July 14 on the “Sunday’s Best” bloc.

The Philippine Daily Inquirer is a media partner of the 2019 Miss Philippines Earth pageant.