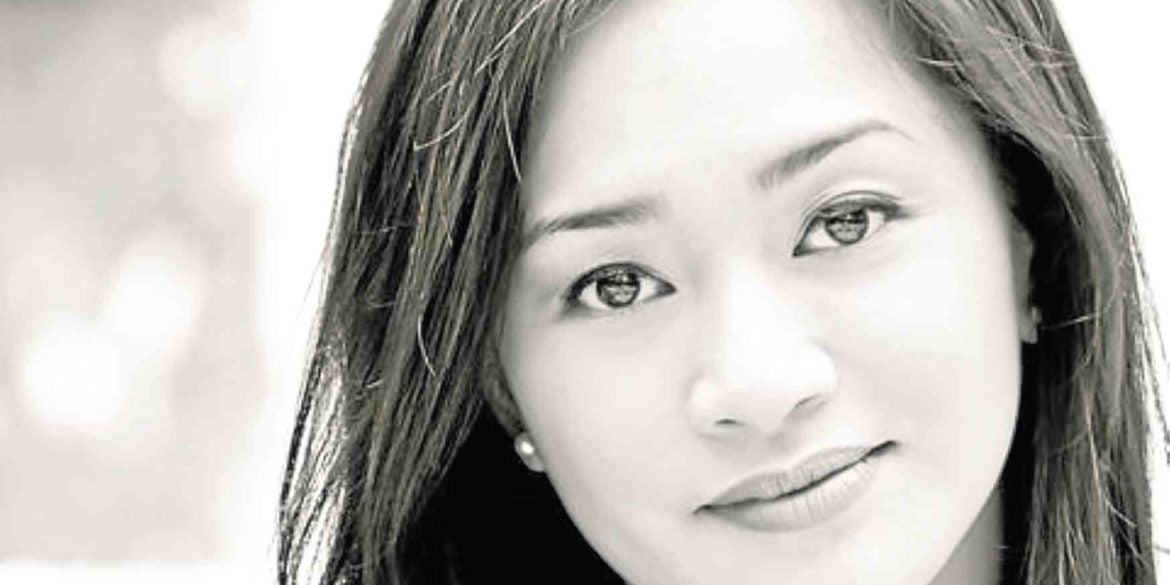 Ampil, 44, who first played Mary Magdalene at 21: “I always thought it would be better played by someone who’s gone through life’s highs and lows.”

‘I always have to pinch myself... Women our age usually get supporting roles, either Nanay or Tita’

It’s almost not news, the announcement that award-winning musical theater and film actress Joanna Ampil has been cast to play Mary Magdalene in a new production of Andrew Lloyd Weber’s rock opera “Jesus Christ Superstar,” scheduled to open in Tokyo this October.

Since she made her professional debut as Kim in the West End production of “Miss Saigon” 27 years ago, Ampil has played many of the iconic roles in modern musical theater: Fantine in “Les Miserables,” Grizabella in “Cats,” Mimi in “Rent,” two Marias (in “West Side Story” and “The Sound of Music”) and, yes, Mary Magdalene in “Jesus Christ Superstar.”

“I was slightly inexperienced [then]. The only show I had done prior to that was ‘Miss Saigon’ where I played an innocent girl. Jumping into a character who was supposed to be a prostitute was overwhelming for me. The director was happy with what I did, but I always thought it would be better played by someone who’s gone through life’s highs and lows. This is why I am thrilled to be given a chance to play it again at this point in my life, with all my experience as a more mature performer. I feel I can give more depth to the character.”

Thus far, there have been more highs than lows. Apart from her stellar career trajectory in musical theater and recording, Ampil has broadened her artistic range to include film and television.

In 2017 she won the Best Actress Award in the Metro Manila Film Festival for her role as Candida in the film adaptation of “Larawan, the Musical.”

Scheduled to open this month and August, the two web series gave Ampil the chance to work alongside veteran actresses such as Cherry Pie Picache, Agot Isidro, Ice Seguerra and Mylene Dizon, as well as directors Andoy Ranay and Marlon Rivera.

“Nowadays, roles as rich as the ones we portrayed in ‘Tita’ are hard to come by,” she says.

“Women our age usually get supporting roles, either Nanay or Tita. They usually focus more on young actors and celebrities and their love stories.”

In contrast, “Call Me Tita” is described as “a celebration of women who are older and wiser, fun and a little crazy at times, going through life as they age gracefully. It also encompasses [issues such as] LGBTQ, ageism, women empowerment and what it’s like to be a modern Filipina.”

Ampil says, “I’m very excited because finally I’m involved in it. I’m in this period in my life when I can play roles like that. Perfect timing ang pasok ko.”

That has sort of been the story of Ampil’s life. She was only 17 and still in high school when she nailed the audition for “Miss Saigon” and suddenly found herself playing the lead role in a major West End musical production.

Winning Best Actress for her first movie was another stroke of good fortune.

“I always have to pinch myself,” she says. “I know this does not come easily for everyone. A lot of people have to work extra hard to achieve something like this. I consider myself fortunate, and I will never ever take it for granted.”

“I feel I can express more when I’m singing.”

As with acting and all the other art forms, singing gains an added dimension with time and experience, she believes.

“The lyrics hold more meaning and the songs gain depth,” she says. “As an experienced singer, you learn how to make your voice [carry] subtext and meaning. [The performance] is more nuanced.”

“I always wanted to know what it was like to march, and that was my first glimpse of it,” says the artist, who chose the West End over college. (She has since taken a course in advertising and public relations, managing to combine studies with performing onstage.)

Even with all these achievements, Ampil feels she’s just hitting her stride as a creative performer.

“You always have to evolve,” she says. “You don’t stop learning. Once you say ‘alam ko na ’yan,’ that’s when the passion kind of dies. For me, while you’re alive, you need to keep learning.”

Ampil still spends much of her time on the road, living out of suitcases. Inquirer Lifestyle managed to speak with her just as she was about to board a plane for London—this time not for work, but for a well-deserved three-week holiday with her boyfriend.

“We go to London often, because it’s also become my home,” she says. “It’s nice to go back and just watch shows. My boyfriend’s a set designer, he needs inspiration and so do I. You learn from watching other actors perform, and also to find out what’s going on in the West End.”

Joanna Ampil will make her performing debut in Japan when “Jesus Christ Superstar” opens at the Tokyu Theatre Orb in October. Filipino aficionados can catch her live in November, when the Asian leg of the international tour of “Cats” makes a stop in Manila for a run at The Theatre at Solaire.