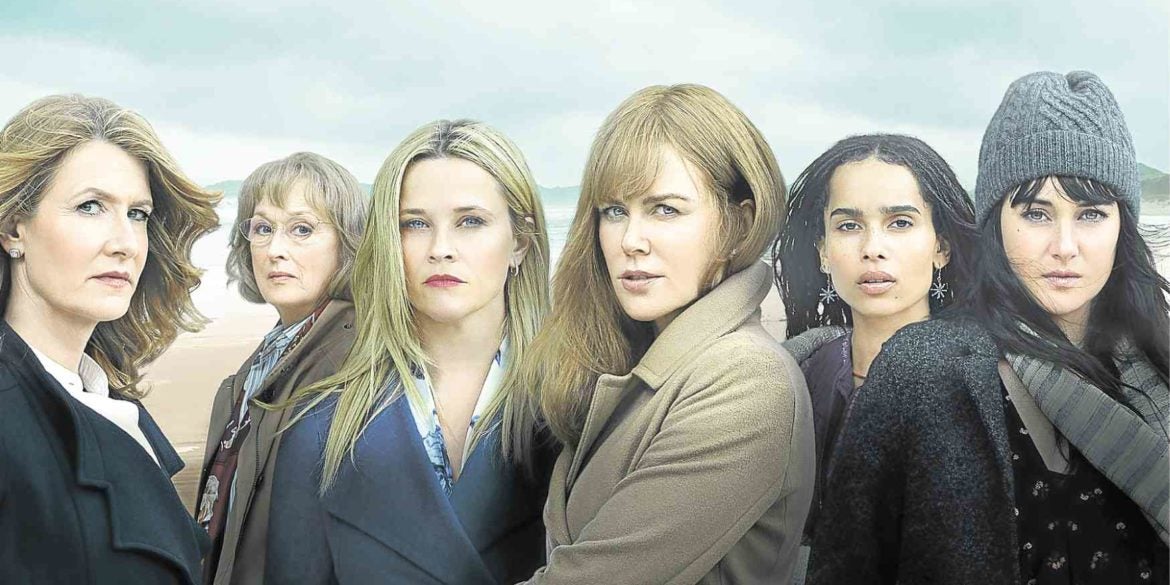 ‘Big Little Lies’ second Season is All About Fallout (and Meryl)

HBO’s miniseries adaptation of Liane Moriarty’s bestselling novel “Big Little Lies” hit like a ton of bricks back in 2017, positively drenched in prestige: a cast of Hollywood heavy hitters (the main trio of Nicole Kidman, Reese Witherspoon, and Shailene Woodley); a supporting cast that included Laura Dern, Zoe Kravitz, Adam Scott, Alexander Skarsgard, Robin Weigert, and Kathryn Newton; scripts by TV legend David E. Kelley, and direction by Canadian Jean-Marc Vallee (who Witherspoon had recently worked with on “Wild”). It was a huge hit for HBO, won a whole bunch of awards (including Emmys for Kidman, Skarsgard, and Dern), and also landed at a period when the world was still reeling from uncovered tales of sexual misconduct in Hollywood and other industries. It became a part of the conversation, spoke to the continuing perils of being a woman in current society, but also the benefits of finding strength in oneself and one another.

Being effective in so many things made talk of a follow-up inevitable, even if it was never designed for it, so it was a pleasant surprise when they did announce a second season, airing now on HBO. Dern and Kravitz are now fully part of the gang, Kelley’s back on scripts (working from a plot he and Moriarty conceived), and the new director is Andrea Arnold. Oh, and the legendary Meryl Streep has joined the cast as a new foil.

The new season, which has just passed the halfway mark, is all about the fallout of the first season’s finale. It’s been almost a year since then, and the first episode sees the beginning of the new school year, mirroring the premiere episode, but highlighting the changed dynamics of the cast. Now sharing one big lie, the “Monterey Five,” as they are known, are dealing with the aftermath in their own separate ways. Hardest hit is Bonnie (Zoe Kravitz), who has withdrawn from the people around her, prompting her husband to call her mother in to visit. Celeste (Nicole Kidman) is doing her best trying to raise her twins without their father, but her mother-in-law Mary Louise (Meryl Streep) continues to have doubts and questions about the fateful Trivia Night. Meanwhile, Madeline (Reese Witherspoon), Renata (Laura Dern) and Jane (Shailene Woodley) are adjusting, but their own lives go through new upheavals in this season.

One of the more refreshing differences in this second season is the lack of the mystery framing device, which kept things nonlinear but also somewhat frustrating in how it kept teasing the Incident. Without it, events proceed apace, and everything remains unpredictable. Will the truth come out? Almost certainly, but it remains to be seen precisely how, and who will pay. Surprises like these can be deployed, and the spectral tension of the lie that hangs over the five can be felt as pervasive throughout. It helps that Jean-Marc Vallee still has a hand in the production; as one of the ten(!) editors, he ensures that the feel and pace of the show stays familiar. Arnold’s touch remains in the show’s style, and she is able to guide such a stellar gathering of talent’s performances to bounce off one another in interesting ways.

Another huge change is the larger roles the supporting cast now have. Formerly at odds, Renata and Bonnie are now in the sisterhood. Adam Scott’s Ed has marital issues with Madeline, and provides Scott a showcase for his underappreciated “serious actor” side, for those who only know him from “Parks & Recreation” and/or “Step Brothers.” Even Skarsgard is back, albeit in flashbacks, as Celeste struggles to extricate herself from him psychologically and emotionally.

Of course, the most obvious new development is the addition of Streep, whose Mary Louise is instantly an iconic presence. Streep imbues her with such specificity in performance and little gestural tics (the wig also helps) she basically disappears in the character. She’s also the kind of foil that may not mean ill but is frustratingly, maddeningly in denial about her son, a different kind of antagonist but one we’ve also seen present themselves in this #MeToo era.

The final three episodes will undoubtedly bring much drama to bear, and with no plans of future seasons all bets are off as to what can happen, which is the best kind of place to be in when watching a choice piece of entertainment. “Big Little Lies” had big shoes to fill (its own), but in embracing the PTSD of Season One is keeping all its characters on their toes, with no rest in sight.