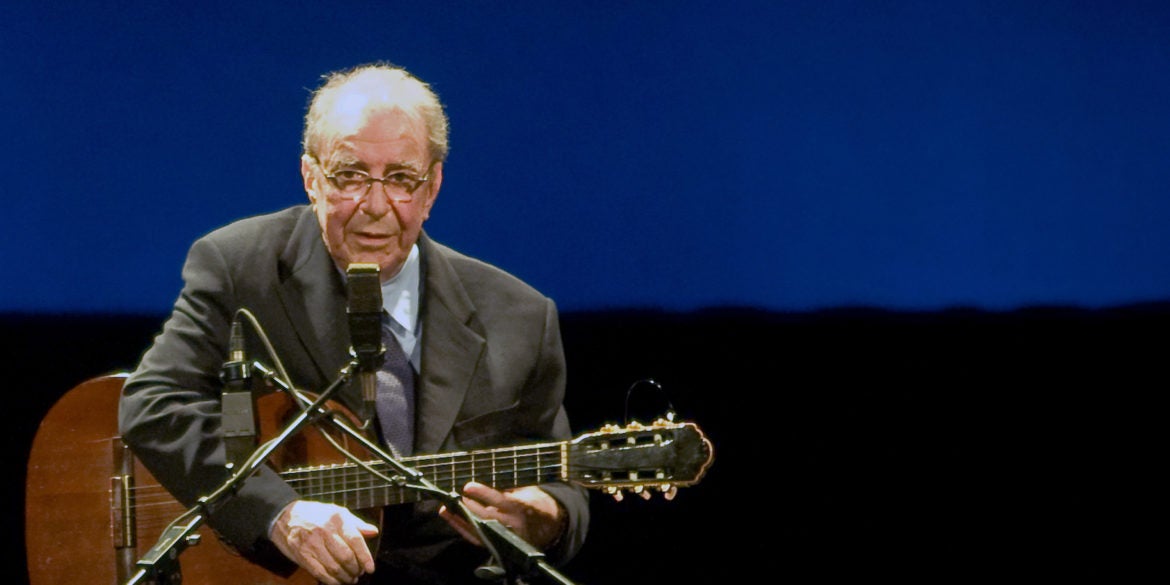 (FILES) In this file photo taken on August 24, 2008, Brazilian musician Joao Gilberto, 77, acknowledges the audience during his presentation at the Teatro Municipal in Rio de Janeiro. - Joao Gilberto, the legendary Brazilian musician and songwriter who was a pioneer of the lilting, melodious music known as bossa nova, has died, his son Joao Marcelo announced Saturday on Facebook. He was 88. (Photo by Ari Versiani / AFP)

Dates in the life of bossa nova pioneer Joao Gilberto

Here are some of the key dates in the life of Brazilian singer-guitarist Joao Gilberto, the bossa nova pioneer who helped put his country on the world’s music map.

He has died at age 88, his son said Saturday.

– 1957: Gilberto made a name for himself playing guitar on Elizeth Cardoso’s “Cancao do Amor Demais,” composed by Tom Jobim and Vinicius de Moraes.

– Summer 1958: “Saudade” (nostalgia) invaded the waves, as his 33 rpm “Chega de Saudade” kicked off his career and bossa nova (“new trend”), the syncopated rhythms of samba mixed with cool jazz.

– 1962-1979: After two albums with Tom Jobim and Vinicius de Moraes, Gilberto moved to New York, with an interlude of two years in Mexico that included collaboration with Jobim and  jazzmen like Stan Getz.

– Autumn 1964: A concert at Carnegie Hall in New York is a huge success. It came after the album Getz/Gilberto, which popularized bossa nova around the world, and the concert featured his then-wife Astrud Gilberto (who would leave him for Getz.) Frank Sinatra would add “Girl from Ipanema” to his repertoire.

– End of 1979: Gilberto returned to Rio, recorded the album “Brasil” with Caetano Veloso, Gilberto Gil and Maria Bethania. He  performed on world tours until the beginning of the 2010s.

– 2001: Gilberto won a Grammy for best artist in the world music category, for his album “Joao: Voz e Violao.”