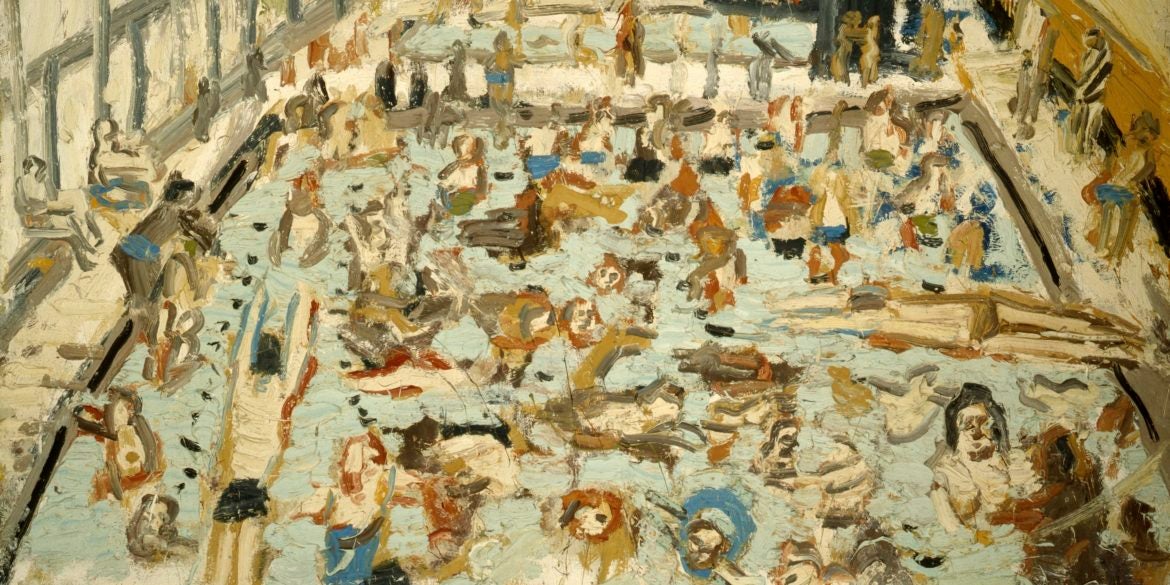 British artist Leon Kossoff, who painted his home city of London in all its moody, rough-edged glory, has died. He was 92.

Annely Juda Fine Art, which represents Kossoff, said he died on Thursday, July 4, after a short illness. Another of the artist’s galleries, LA Louver in Los Angeles, also confirmed his death.

Born in London in 1926 to Russian Jewish immigrants, Kossoff grew up in the city’s tough East End and served in the army during World War II before studying at St. Martin’s school of art.

He is considered a member of the “School of London” group of post-war artists — alongside Francis Bacon, Lucian Freud and Frank Auerbach — who pursued careers in figurative painting regardless of changing artistic fashions.

Inspired by the Old Masters, Kossoff painted portraits of friends and family but is best known for his urban landscapes of a gritty, war-scarred London. Streets, churches, swimming pools, subway stations and railway bridges were all rendered in dark-hued, thickly layered oil paint. Kossoff would often paint all day and then scrape off most of it in frustration, repeating the process day after day.

Annely Juda said in a statement that Kossoff “saw beauty in everything and everybody.”

“His death robs us of one of Britain’s greatest painters, but his work reminds us of the continuing potency of painting to comprehend the world in which we live,” the gallery said.

Though never as famous as Bacon or Freud, Kossoff’s works have sold for six and seven figures. A 1971 painting of London’s Willesden Junction railway interchange fetched 1.39 million pounds ($1.74 million) at a Christie’s auction last year.

Kossoff represented Great Britain at the 1995 Venice Biennale and had a major show the following year at London’s Tate gallery. His work has been shown around the world, including at London’s National Gallery and the Museum of Modern Art in New York. He was an honorary foreign member of the American Academy of Arts and Letters.