Father Cadore, OP: ‘We should be ambassadors of grace’ | Inquirer Lifestyle 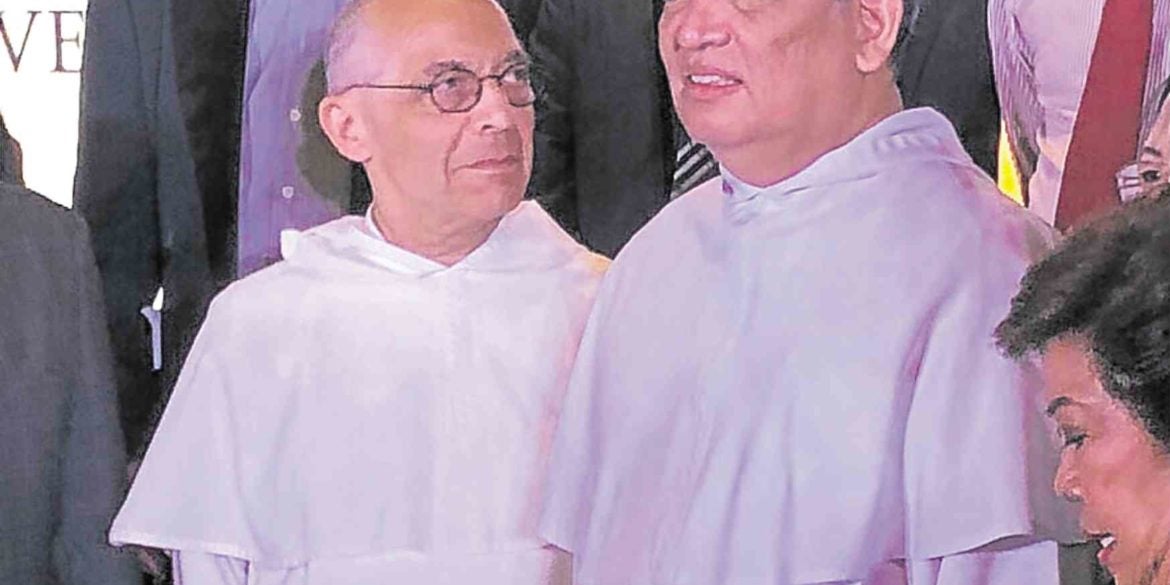 Father Cadore, OP: ‘We should be ambassadors of grace’

The Very Rev. Bruno Cadore, Master of the Order of Preachers (OP), or Dominicans, was in Manila early last week en route to Vietnam, where he opened the OP General Chapter yesterday (July 7).

The meeting until Aug. 4 in Bien Hoa, Vietnam, of representatives of different Dominican provinces from all over the world will elect Cadore’s successor.

An OP Master is elected for a nine-year term without reelection. Father Cadore was elected in September 2010 as the 87th successor of St. Dominic de Guzman, Spanish founder of the mendicant order that was formally established in 1216.

A French physician and bioethicist, Father Cadore inaugurated the new building of the University of Santo Tomas (UST) Hospital last July 4. He was also given a testimonial dinner by UST, whose historic and colorful quadricentennial celebration as Asia’s oldest university he had led in 2011.
Cadore was welcomed by Fr. Napoleon Sipalay, OP, prior provincial of the Philippine Dominicans.
With Cadore were Argentinian Fr. Pablo Sicouli, OP, the Master for Intellectual Life, and British Fr. Benjamin Earl, OP, the procurator general.
Also with Cadore was Philippine Fr. Gerardo Timoner, OP, his socius for the Asia-Pacific and a member of the International Theological Commission, which advises Pope Francis.

Blessing the new multistory building of the expanded UST Hospital, Father Cadore called the Catholic university hospital “a temple of compassion.”
“We are not just at the service of sick people. We are at the service of all humanity: taking care of sick people on behalf of the whole human community. That’s what happens in a hospital, even more in a university hospital.”

A university hospital is also for research and study, but “compassion is the fount of knowledge, research and care,” he declared.
Cadore urged the hospital and Catholics “to be ambassadors of God’s compassion in this world.”

The Dominican order is one of the foremost religious orders of the Church, with some 6,000 friars spread across more than 80 countries worldwide.
The OP Master likewise is spiritual father of the Dominican family of active sisters, contemplative nuns, clerical fraternities, and laity numbering in the thousands. In Vietnam alone, there are at least 40,000 members of the Dominican third order.

Saint John Paul II was an alumnus of the Dominican pontifical academy in Rome, the Angelicum.
The first Philippine saint, San Lorenzo Ruiz de Manila, was a member of a rosary confraternity in Binondo established by Dominicans. He was martyred along with several friars in Japan in the 17th century.
Protomartyrs of China (San Francisco Capillas) and Vietnam (San Vicente Liem de la Paz) were also Dominicans.