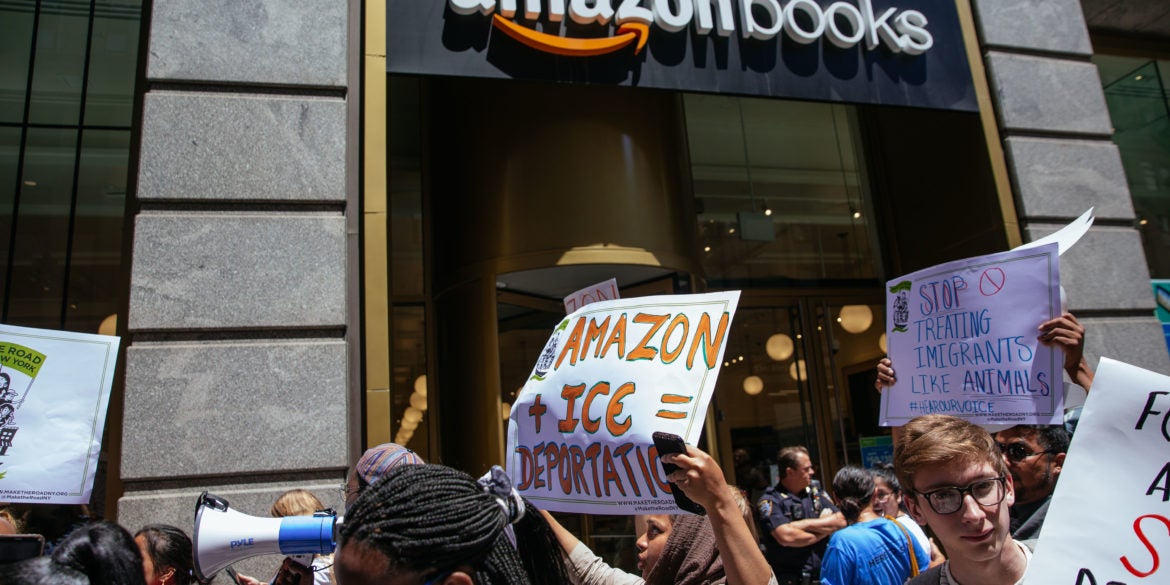 Amazon workers walked out of a main distribution center in Minnesota on Monday, protesting for improved working conditions during the e-commerce titan’s major “Prime” shopping event.

Amazon workers picketed outside the facility, briefly delaying a few trucks and waving signs with messages along the lines of “We’re human, not robots.”

“We know Prime Day is a big day for Amazon, so we hope this strike will help executives understand how serious we are about wanting real change that will uplift the workers in Amazon’s warehouses,” striker Safiyo Mohamed said in a release.

“We create a lot of wealth for Amazon, but they aren’t treating us with the respect and dignity that we deserve.”

Organizers did not disclose the number of strikers, who said employees picketed for about an hour in intense heat before cutting the protest short due to the onset of heavy rain.

US Democratic presidential contenders Kamila Harris and Bernie Sanders were among those who expressed support for the strikers on Twitter.

“I stand in solidarity with the courageous Amazon workers engaging in a work stoppage against unconscionable working conditions in their warehouses,” Sanders said in a tweet.

“It is not too much to ask that a company owned by the wealthiest person in the world treat its workers with dignity and respect.”

Amazon had said in advance that the strike would not affect deliveries to customers.

Amazon has consistently defended work conditions, contending it is a leader when it comes to paying workers at least $15 hourly and providing benefits.

The company last week announced plans to offer job training to around one-third of its US workforce to help them gain skills to adapt to new technologies.

Amazon has been hustling to offer one-day deliver on a wider array of products as a perk for paying $119 annually to be a member of its “Prime” service, which includes streaming films and television shows.

The work action came on the opening day of a major “Prime” shopping event started in 2015.

Now in 17 countries, the event will span Monday and Tuesday, highlighted by a pre-recorded Taylor Swift video concert and promotions across a range of products and services from the e-commerce leader.

Prime Day sales for Amazon are expected to hit $5 billion this year, up from $3.2 billion in 2018, which at the time represented its biggest ever global shopping event, JP Morgan analyst Doug Anmuth says in a research note.