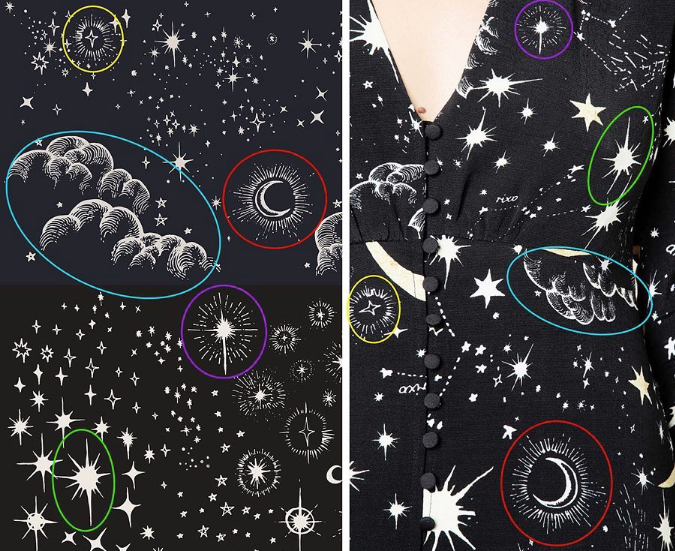 Filipino artist Feanne has reached a settlement with a clothing line from the United Kingdom that used her artwork without consent for its fabric print.

Feanne said in a statement on her social media pages on Wednesday, July 17, that she and Rixo were able to resolve the dispute and that they will “work together.”

Rixo and I have peacefully resolved their use of my art, and we are now looking forward to working together. Thank you to everyone who has been supporting me! pic.twitter.com/EZje4lulOt

“As of May 14 my claim was filed in the UK Intellectual Property Court and as of July 12, with the help of our lawyers, we were able to successfully reach a settlement that makes us both happy,” she wrote.

“Many artists experience this type of issue, and it seems rare to actually get it resolved in such a mutually satisfactory way. Moving on from our past differences, I credit Rixo for ultimately choosing to address this matter appropriately and constructively.”

She thanked her lawyers—Rob Jacob and Alice Edwards of Stephenson Harwood law firm in the UK and Amanda Santos Meer of Meer Meer & Meer in the Philippines—for their support.

In its statement on its website, Rixo gave credit to Feanne’s designs and promoted her website and social media accounts. It acknowledged too that it did not obtain permission to use her design for its products.

“The parties feel that the resolution reached represents a favorable outcome for all involved and wish to emphasize their continued passion to embrace creative design and style,” it added. “In fact, with this passion in mind, Rixo and Feanne now intend to enter into a collaborative project that looks to celebrate creativity and empowering design.”

Feanne brought attention on Facebook to her copyright battle in April. She pointed out that her designs were incorporated in fabric prints used by Rixo for their clothes sold from 2016 to 2018. Her artwork “Star, Moon, Cloud, Sky Drawings” was published in a licensing platform in 2014. Rixo was launched in 2015.

She and her lawyer contacted Rixo in December 2018 about the matter. In January, Rixo’s legal team replied that their prints were “independently designed” and called her allegation “spurious.”

Feanne requested Rixo to cease the use and sale of the designs, as well as to pay damages, issue a public apology and pay her legal costs.

She told INQUIRER.net in April, “Typically it’s a bigger brand that exploits the work of an independent artist. These big brands feel insulated from consequences by their privilege and resources.”

After making her Facebook post, she received media coverage and support from lawyers, artists and strangers from around the world.  /ra