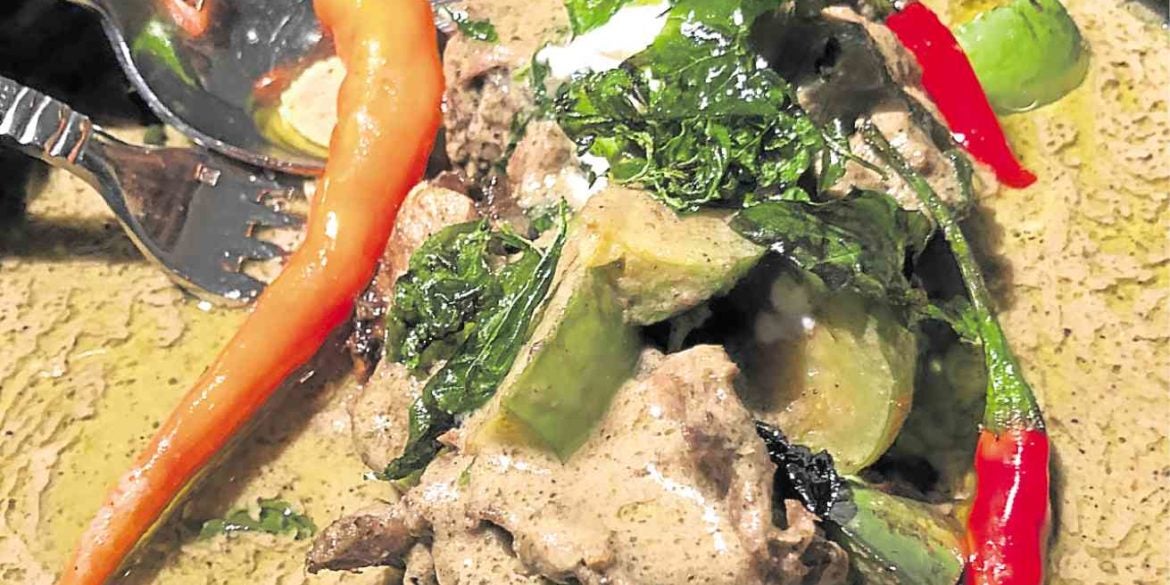 In the late 1980s, there was a Thai food craze in Manila.

My first taste of Thai food was at a dinner hosted by my friend, Chito Recto. I went crazy. The green mango salad blew my mind. It was love at first bite—I relished the complex flavors and textures. Since then, Thai cuisine has become one of my favorites. I now serve it at Casa Daza.

My mother opened a Thai restaurant called Mai Thai. We had three Thai cooks, one of whom used to work at the pioneering Flavors and Spices. We had the same delicious Thai food that I loved.

I also opened a Mai Thai fast-food restaurant at Robinsons Galleria which did well. Back then, people were not exposed to authentic-tasting Thai food. And due to the high costs of original Thai ingredients, I used our local ingredients.

And then the unexpected happened. Travel became affordable and Bangkok was easily accessible to many. The popularity of local Thai restaurants using local ingredients waned. There were now higher expectations.

There are only two authentic Thai restaurants in Manila that use the imported Thai ingredients that I think of: Nara Thai at SM Megamall and Benjarong at Dusit Thani Manila.

At a Thai Airways event at Shangri-La Plaza, I was invited to conduct a cooking demo.  Benjarong catered the food.

I usually don’t feel hungry after smelling all the food flavors in a cooking demo. But the Benjarong buffet changed my mind. The taste brought me back to the streets of Bangkok and I fell in love again with Thai food.

Soon I went to visit Benjarong. As I walked into the restaurant, I met a female Thai executive chef, which I took as a sign of authenticity.

My group ordered pomelo salad and laarb, a spicy beef salad with a sour-salty dressing topped with fried shallots and coriander.

The Phad Thai noodles were prepared al dente with prawns, bean sprouts and chopped peanuts. Mixed and drizzled with lemon juice, the experience of heaven started.

I loved the green beef curry. It was made with super-tender beef ribs with a creamy coconut sauce. It was outstanding with plain white rice.

The Ka Moo Palo is similar to  Pata Tim. It’s soy-based super-tender pata, not too sweet with sour veggies on the side. Also masarap.

The bagoong rice uses real Thai shrimp paste which makes a huge difference in taste. Mixed together, the rice with sweet pork, green mango and egg make a fantastic combination. The stir-fried morning glory added a healthy twist to the lunch.

What floored me was the chef’s Thai crab omelet. It was quite similar to the famous version by Michelin-star Jay Fai in Bangkok, though the Benjarong variety was not as chunky. It was very good, nonetheless.

For dessert, I ordered sticky rice with mango and the Tap Tim Crop. The first had rice flavored with coconut milk, the mango was sweet, and the thick coconut milk was a bit salty. Eaten together, it’s one of the best desserts on the planet.

The Tap Tim Crop is red and green jelly on chilled coconut milk. This refreshing dessert had a surprising crunch of singkamas inside the jelly. Also a winner.