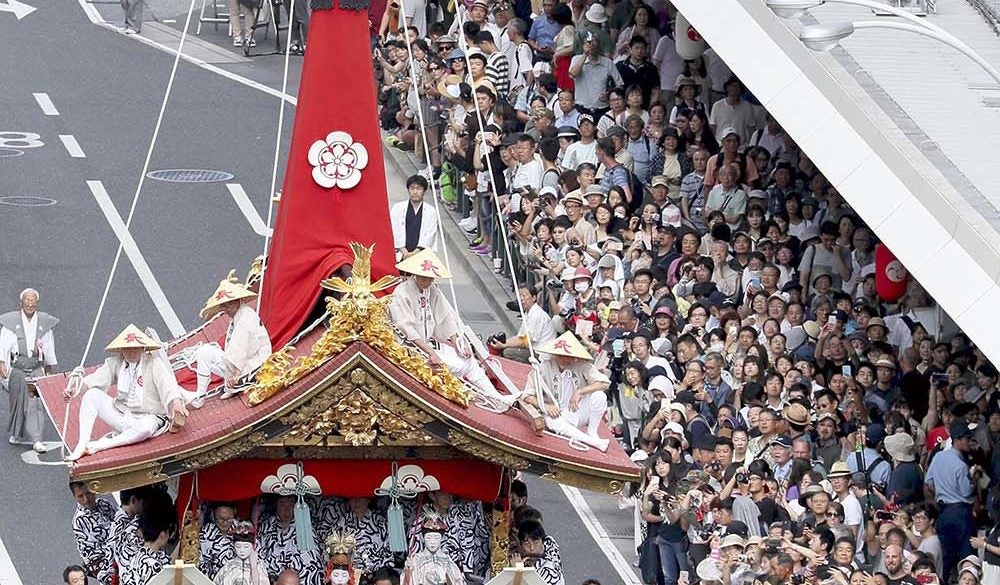 Gion Festival kicks off in Japan with Yamahoko parade

KYOTO — Twenty-three Yamahoko floats, known as “moving museums” because of their elaborate decorations, paraded through central Kyoto on Wednesday as a highlight of the annual Gion Festival, one of the three most famous festivals in the nation.

This year marked the 1,150th anniversary of the festival, which was started to pray for the city to be protected from plague in the Heian period (from 794 to the late 12th century).

This year, the first Yamahoko Junko procession, called the Saki Matsuri, began after a shimenawa ceremonial rope was cut down with a Japanese katana sword by 10-year-old Nozomi Nakanishi, who was on the Naginatahoko float leading the procession.

When the enormous floats were rotated in different directions by laying bamboo under the wheels — a display called “Tsujimawashi” — at intersections in the Shijokawaramachi area and other places in the city, people who had gathered to see the festival cheered.

According to the Kyoto prefectural police, the turnout along the streets for the festival was about 34,000 people as of 9:30 a.m.

The second Yamahoko Junko procession, called the Ato Matsuri, will be held on July 24 with 11 Yamahoko floats taking part.