A spot of affordable luxury in an old Manila racetrack | Lifestyle.INQ ❮ ❯ 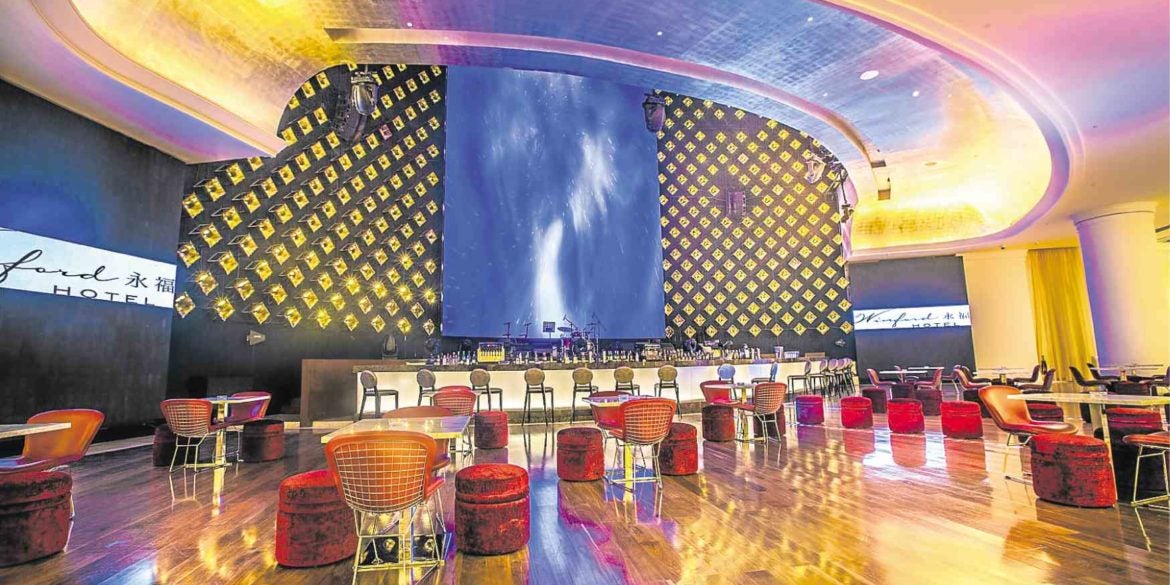 A spot of affordable luxury in an old Manila racetrack

Regardless of Winford Manila Resort and Casino’s industry ranking, its hotel manager, Ryan Rabe, promises guests a five-star experience—whether for a staycation, or for a day or night of fun and games.

Built in 2016, Winford may still be unfamiliar to people south of the Pasig River, but seems to be gaining popularity among guests who’ve been there.

These include families with young children wanting a respite from their domestic routine, but unwilling to make a long, exhausting trip out of Metro Manila.

People on the north side of the Pasig now mark milestones or celebrate special occasions at Winford. Several schools in or around the University Belt also look no further than Winford as venue for their social events. It is, after all, the only hotel of top quality that is nearest to them.

On a recent weekend, Winford—designed by Recio & Casas and occupying 7,510 square meters of the old San Lazaro Hippodrome—hosted families with young children who wanted to enjoy its amenities including the innovative swimming pool.

It was also the venue for a big event which, one of the guests was overheard saying, was organized by the National Teachers College.

Gaming enthusiasts and cockfighting and bingo fans have also been finding their way to Winford.

The 22-story Winford, the first hotel venture of the Manila Jockey Club, is one of several commercial and residential establishments that have risen on what was once the San Lazaro racetrack in Manila’s Santa Cruz district.

The old racetrack is now a mixed-use development known as the San Lazaro Tourism and Business Park. A number of property developers have established their presence.

Right across is an SM mall. The Ayala group has a condo building and may soon be joined by other developers.

Although it has the character of a luxury hotel, Winford’s rates of its 128 rooms and executive suites are not expensive. And unlike most new hotels, Winford’s rooms, including the bathrooms, are spacious.

An executive suite has two sinks in the bathroom, and a toilet in the receiving area to keep the privacy of the sleeping quarters.

The hotel has four food and beverage outlets. Choi’s Garden—an executive of another hotel says it’s among the better Chinese restaurants in a hotel—serves authentic Cantonese food and is the largest of the Choi’s Garden chain in Metro Manila with seating for 300 guests and a presidential room for functions.

Copa de Manila is a Spanish-Filipino restaurant, while the Hippodrome Bar and Lounge, a nod to the racetrack, is the entertainment venue.

The Pool Bar on the 11th floor lets guests enjoy the innovative pool. A project of DQA Environmental Design, the pool has water flowing from several pipes built into a low wall that children love to soak in.

On the fourth floor is the ballroom that can accommodate 700 guests. Although used for weddings, birthdays and other occasions, it also has facilities for MICE (meetings, incentives, conventions and exhibitions), a major marketing thrust of the government’s Tourism Promotions Board.

Winford can be a convenient starting point to explore Manila’s historic, religious and cultural sites. Vintage churches like the Minor Basilica of the Black Nazarene (Quiapo), Our Lady of the Pillar Parish Church (Santa Cruz), San Sebastián, Saint Jude, and Our Lady of Montserrat in San Beda, as well as bargain centers (Tutuban, Divisoria and Chinatown) are only a few minutes away. Public utility jeepneys, tricycles and the LRT are options for those who don’t want to drive through Manila traffic.

There’s a shuttle service to Lucky Chinatown, which is next door to the retail mecca 168 Mall. Shuttle is also available to and from points in Caloocan and Quezon cities and other parts of Metro Manila and Bulacan province.

Also accessible is the Dangwa Flower Market, and Bambang, a popular source of reasonably priced medical equipment and supplies. —CONTRIBUTED